Before I explain the meal and in particular, how I grilled it from raw, on high, without torching it, just a bit of blog admin.

The other day I explained that I had decided to revive the Free the Animal Facebook Page. That’s gone well and I’m generally limiting posts to the general evolutionary diet, fitness, health realm. At the request of a reader, I’ve also created a separate page to serve as an outlet for my, uh, unbounded energy: The Daily Fucktard. Take a look and follow along if you like. A good amount of stuff I post is from fans who alert me to stupid shit. As you might imagine, endless supply. I’m having fun with it.

Here’s the story of my Char-Broil TRU Infrared Urban Gas Grill. A few years back I purchased one of these and was very happy with it. I basically cook everything on high, because you can’t get a flame up, but you can get some flame that quickly dissipates.

But there was a design flaw. The surface was pretty impossible to clean, and what was worse was that is was in about a dozen pieces and if they came apart, nightmare. 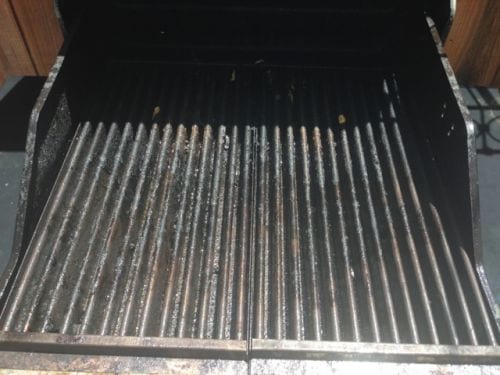 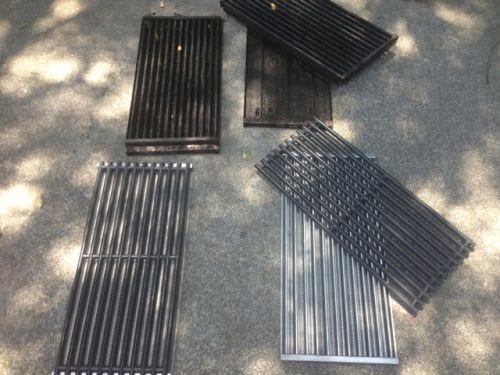 From 30 total pieces to four

The top section for each half was 14 pieces of stainless steel, assembled via tabs & slots. Recently I was at one of the box stores and saw that they had redesigned it. Replaced those 14 pieces with a single cast iron grill surface and in addition, redesigned the single-piece lower section with larger holes and corrugation—in order to channel away the melted fat to reduce flame ups.

So I went online and found that they had the parts as a retrofit, so basically a new grill that works better than ever. Highly recommended.

Here’s one of the reasons why. I’m sure that everyone has had the experience of BBQd chicken that’s burnt to a crisp on the outside; cold, pink, raw and crunchy on the inside. So for years, the conventional way was to bake the chicken first for the dual-purpose of getting the inside cooked, as well as melting away some of the fat so as to reduce flame up.

So Friday I did a flex test. Cooked completely raw chicken on high the whole time.

Made some mashed potatoes too, and reduced 1/2 gallon of Kitchen Basics Unsalted Chicken Stock to this much, for 4 servings: 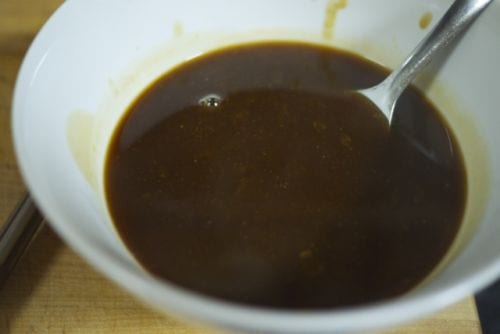 Do use the unsalted. If you don’t, that much of a reduction will make it quite salty. 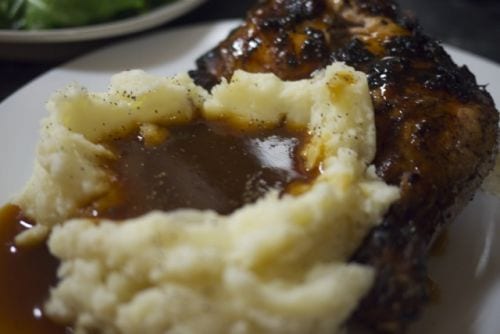 Our friend Julie brought a nice salad with cheese and pecans, dressed with a home made honey dijon. 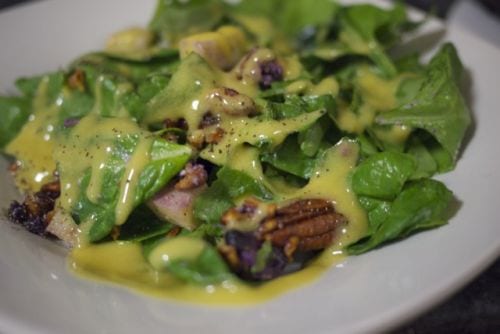 She also brought dessert, which was fresh watermelon, cubed and tossed in salt and lime juice.

Last night I fired up the Sous Vide Supreme. I’ll show you what went down with that soon.