All will be revealed Tuesday morning. I’ll give you a few hints:

As an “official tester,” I’ve used it in baking and most recently, breading for both liver and a trout dish. 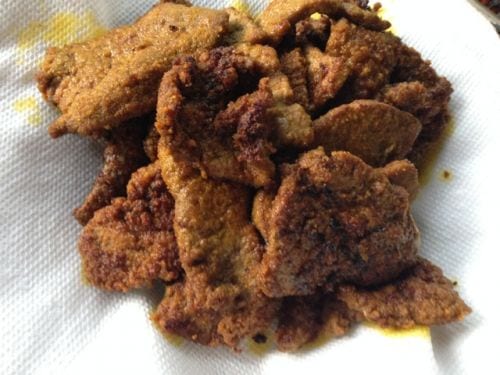 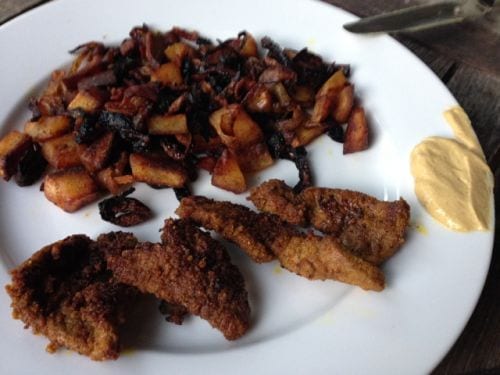 With Potatoes and Onions 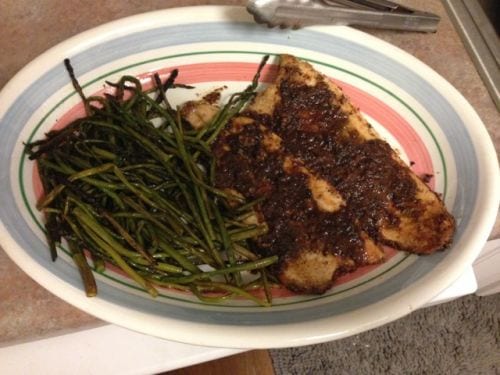 Bonus surprise: the asparagus was oven roasted in a new MYSTERY oil as well.

I must say, that was hands down the best liver I’ve ever made. In fact, I’m doing it again tonight.

All (and much more) will be revealed on Tuesday morning.

Update: Did the whole liver, onions and potatoes deal again, but with lots more of Juka’s Red Palm Oil (100% Organic & Natural From Africa) in the wok. 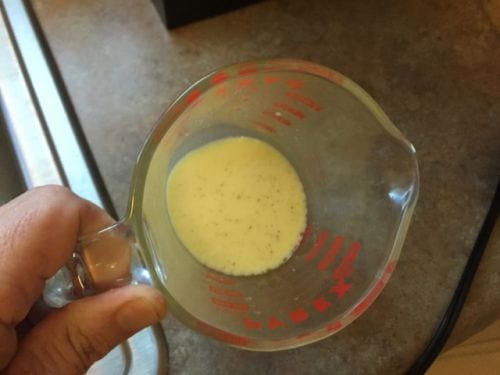 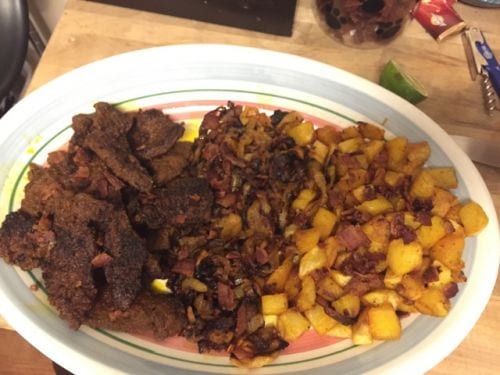 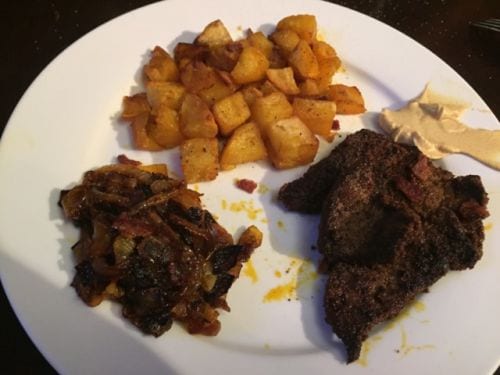 My Plate. Dijon Mustard For The Liver (learned that in France)