Now that Facebook doesn’t have me to kick around anymore, I’ll be doing more link roundup posts of various sorts of things that I formerly put out on my Facebook profile and two pages. I’m thinking I’ll primarily do this on weekends. Perhaps sometimes under a single theme or category, other times just random. Let’s begin with random.

It may sound counterintuitive, but there’s even credible research suggesting that low-fat high-complex-starch diets can help type 2 diabetics achieve better glucose control and reduce insulin needs. It’s really interesting for me to encounter almost identical anecdotes from the low-carbohydrate crowd and the low-fat vegan crowd: I lost 100 pounds, got off my diabetes medications, my blood lipids are much better now, etc. I’m quite convinced that many people do well on the McDougall diet, and more remarkably, that a significant number of people can stick with it and even seem to enjoy it. […]

If someone put a gun to my head and forced me to choose between the McDougall diet and the Atkins diet for the rest of my life, I’d probably choose the McDougall diet. Most of the people I met seem to be aging gracefully on the McDougall diet, and I still feel there are questions to be answered about the long-term health impacts of Atkins-type diets. I still have major reservations about a 100 percent vegan diet, however, particularly for children.

Fortunately, no one is putting a gun to my head, so I’ll stick with my starch-based diet that includes lots of nuts and a moderate amount of olive oil, butter, meat, seafood, eggs, and whole dairy. 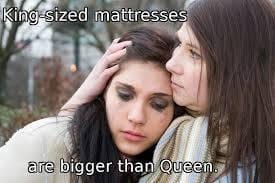