Build It And They Will Come

Scott and I had a pretty decent dorm room in Finley Hall, Oregon State, in 1981. Here’s the floor plan, only our room was reverse. BTW, this is kind of a follow up from this post, the other day: I Loath General Covens of Ineptitude; And The Inept Generally Run Paleo. 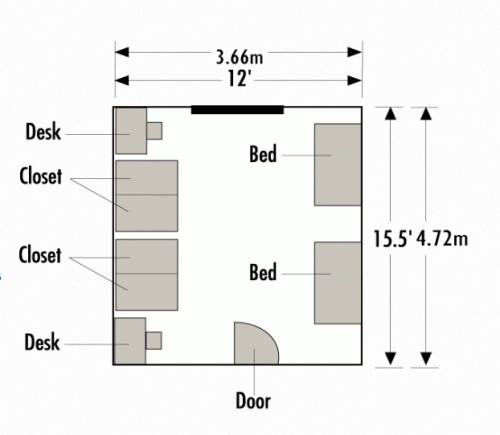 First year, Scott and I had a plan. I bought a couch, we did a bunk bed arrangement with no lower bed. The couch went under there. 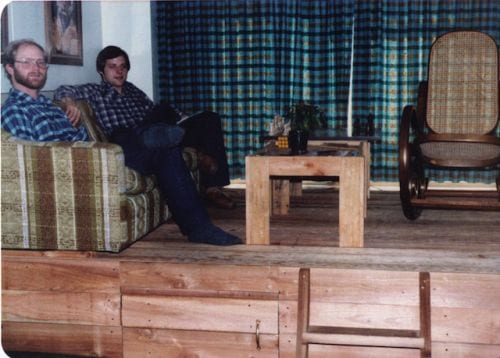 If you look at the floorplan and reverse, the cedar deck was built at the level of the window and desk, and it encompassed one of the closets (1/3 of the room was normal, 2/3 raised deck). We removed the closet doors for that one, and had a curtain made for the proper height.

See that door and handle in the pic? That opened and underneath was the few things we needed to store, as well as the two mattresses from our beds. Yep, that was the sleeping space. Oh, yea, that was the sofa I bought the year before, starving student budget. On the table is a pepper plant. So much dare-fun, there. No, you can’t eat a pepper raw, as an Earthling.

Anyway, I built the whole thing. Scott bought the lumber.

The two folks in the pic are Chris Lamy and Joel “Scott” Lawler. The former a neighbor, the latter, my Alaskan roommate, Ketchikan (I fished salmon on his gill-netter, one summer; another story).

Chris did exactly what he told us he was going to do, became a podiatrist. At the time, the reasoning was like this: my dad’s an MD; I want to do surgery; podiatry is the shortest route. I remember stuff like that forever. Unfortunately, Joel “Scott” Lawler didn’t fare so well. Last time I spoke with him, early 2000s, it was plain to me that I ought not continue the relationship.

That deck created innumerable remembrances for me. I’d been tuning up my car for years, even switched out an engine, once. So many things, and I could clean fish and butcher a deer kill. But none of those routinely get you what the deck build did. 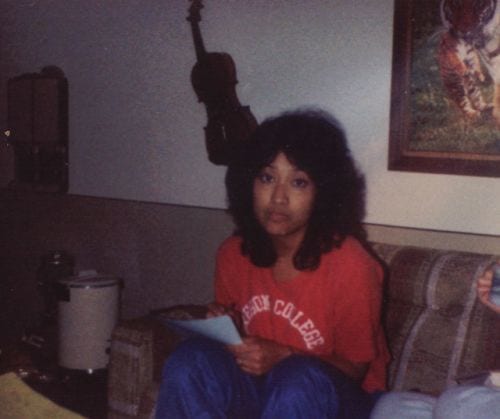 Her roommate is just to the right.