My Last Two Meals in Mexico: Steak and Quail; Machaca

Both the beef and the quail are local baja raised and hunted. I’m sure the beef was grass fed. Decidedly leaner than the Stateside supermarket stuff.

Bea and I split this, as well as a flan for dessert. 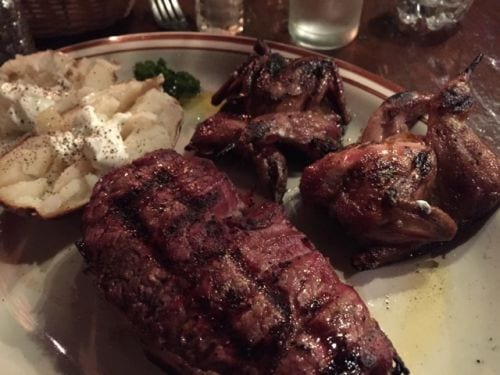 I don’t think I’ve had quail since I was a kid and a Spanish Basque uncle and I killed a bunch using a sheet of plywood propped up, with grain spread underneath. I think it was several dozen birds in one swoop. What didn’t go into the freezer was treated to one of his recipes where they were slow braised until meat fell off the bones. Delicious bird.

Machaca is basically pulled roast beef with scrambled eggs, with some onion and tomato. Notice how the starch portion sizes are reasonable, unlike what’s so typical at a Mexican place in the states where the refried beans and rice are 2/3 of the plate.

I was hungry this time. Devoured the entire thing, including the corn tortilla and glass of orange juice. 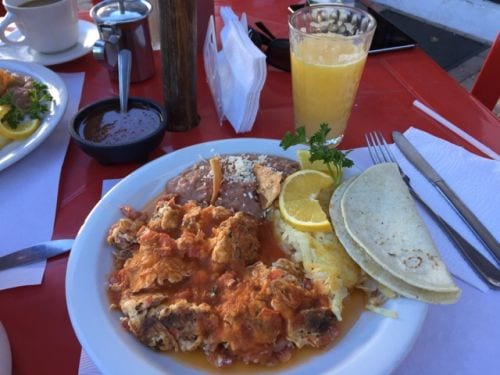 Kept me going until turkey and taters time.

…The 49ers game was an unmitigated disaster. Some college teams would have put up a better showing. Their season is likely over, and justifiably so.