I Picked The Only White Guy Doctor. Here’s Why.

I blogged already about my recent health issue. What In The Hell I’m Up To: I’m Telling Myself to Fuck Off Regularly.

That was midway through what turned out to be a 17-day stay at the cabin, mostly in solitude. 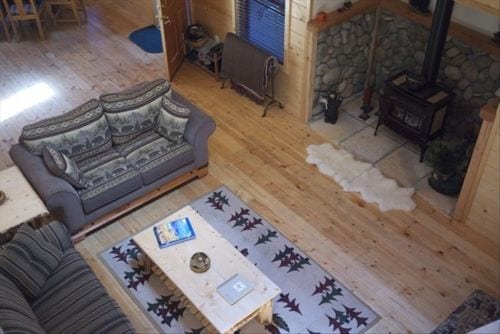 The upside was the diversion over that time. All four seasons of Game of Thrones: in the can. Had heard about it endlessly, had never seen a single episode. Quite cool on levels. Love it. Can’t wait for the next season.

Here was my self-designed therapy:

In terms of #3, I can see myself lafing uproariously at my wife and others who like this kinda silly shit. But it fucking worked: and well and quickly. Back when I had my cervical herniation, I used a straight heating pad on my arm to mediate the ache. But, a lumbar herniation comes with back pain, knife in the hip, an aching hamstring and quadricep, aching calf, and numb and tingling toes.

Initially, I used that silly device on just my lower back and left butt (for the hip). What it did was tremendously reduce the sharpness of pain…the knife angle, if you will.

…And I had a phone consultation with a longtime reader who also happens to be a long practicing chiropractor. Rick told me that my Sarno approach was valid, but that there still may be a physical aspect that needs addressing. Probably true. After all, in the last 5 years, my dad and two younger brothers all had lumbar herniations, all got surgery, all swear by it.

Some days later, I had a very bad day. My left hamstring and quadricep ached so much I wanted to tear them off and feed them to dogs. I’d gone to bed at 10, Woke up at 12, and ached so much I never slept another wink (if I can’t sleep, I lay and try to relax instead). Got up at 6, still dark—prior to the fucktarded exercise in changing the clocks that we do.

I had an idea. What if I put that silly, vibrating heating pad under my leg, my left hamstring, as I just sit there? And, breakthrough! In 2 hours. It changed everything. I could feel my toes, and my hip didn’t hurt so bad. I got very tired. At 8 or 9 AM, went to bed and next thing I know, it’s 3 PM.

Going on nearly 2 weeks were such miracles happen. Thank doG.

However, I still have chronic pain. It’s 60-80% better on average, 95% better some days, some hours. I don’t know how long it will last, but I’m getting very, very tired of it. The other day, I was so tired of the management that I went to bed at 8 pm, did a potty break at 3, then woke up at 6:30. It can get very fatiguing. Surprisingly so—where you’re not aware until you are. The pain mitigation has at least allowed me to sleep, and there has been massive catchup. I could probably sleep for 6 hours right now, even though I woke up 4 hours ago from a decent 8 hour soak.

…So, yesterday, decided to go see a doc, see if I can scrounge and MRI so I can know if this is short, or probably long term and recurring. I have Kaiser. My previous doc, Shranz, retired. Hadn’t been to see him in 2-3 years. Had to pick a new one. There’s 4 web pages of docs taking new patients. Dozens of docs.

Why? It’s not racist whatsoever. I’ve had a female Indian doc stick her lubricated and latexted finger up my ass and feel around—after she fondled my front side and I had to cough. But, she didn’t get my jokes about it. I need someone to get my jokes and especially, commiserate with my self-deprecating delve into various forms of irony and innuendo.

Most likely to be a white guy. For me.

…On the other hand, my dad had to have a urinary roto-rooter job performed a couple of years back, and the surgeon who did it was a young, female, Dr. Wang—and she ate up the jokes.

On that note, here’s the very adorable Doctor Leana Wen. She’s trying to change shit by pointing out what she dubs The White Coat Disease of Fear, juxtaposed with the typical patient’s fear of disease.

She got ‘innuendo death threats’ from other doctors over this, so makes her heroic in my book.

Wouldn’t you want to know if your doctor was a paid spokesman for a drug company? Or held personal beliefs incompatible with the treatment you want? Right now, in the US at least, your doctor simply doesn’t have to tell you about that. And when physician Leana Wen asked her fellow doctors to open up, the reaction she got was … unsettling.

Come senators, congressmen
Please heed the call
Don’t stand in the doorway
Don’t block up the hall
For he that gets hurt
Will be he who has stalled
There’s a battle outside and it is ragin’
It’ll soon shake your windows and rattle your walls
For the times they are a-changin’

Go ahead, Bob. Put a tune and harp to it.