I have a post I’m drafting that’s about blood work I just had done that I find interesting. Still waiting for some of the results, so I’ll put this up in the meantime.

You saw what I was eating in Mexico recently (here and here). Reasonably carbby. Then we went to Vegas for a couple of days, and it was more LC, high protein. 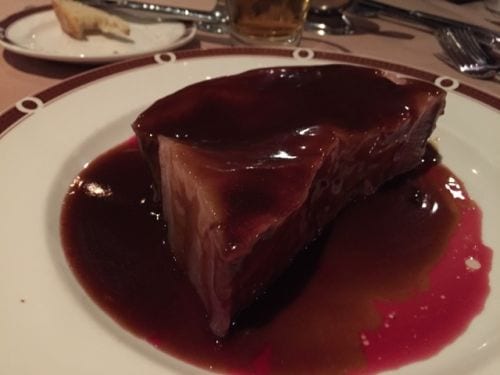 I had this two nights in a row at Primarily Prime Rib, perfect medium rare pink. In this case, I opted for their demi-glace, which was quite good, though different. Second time, the standard “au jus.” 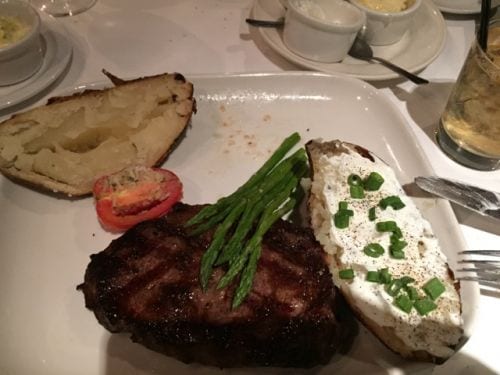 This was at CV Steak in the Carson Valley Casino, Gardnerville, NV. Since I was in high protein mode, I ate only half of that dressed half of the tater. Bea didn’t eat any of her giant potato, so the 1 3/4 potatoes went home with us where, the next evening I used them and two other taters to make soup in under 30 minutes, entering my low protein, high-carb mode. 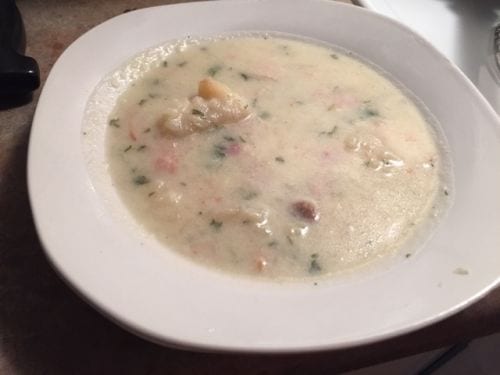 You can, of course, use cream or H&H, but I’m preferring whole foods these days and plus, I like to keep the fat lower during my high carb excursions. 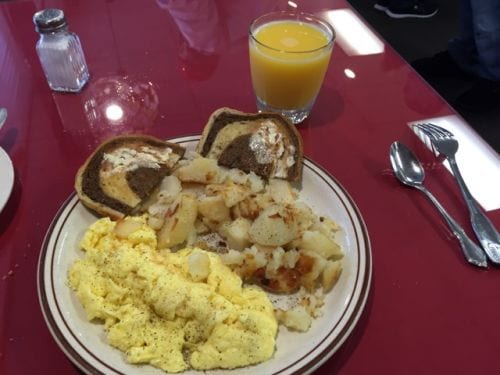 Eggs scrambled in a little butter, boiled and cooled potatoes, then lightly fried. Slice of rye toast with a single pat of butter (not WAPF tooth mark levels), small glass of orange juice.

I’ll show you my new lipid panel from a few months of cycling things like this, later tonight or tomorrow.