I’ll try again, P1, and hopefully Grace won’t censor me this time. [The cunt did – Ed].

P1 said: “Duck, can you share some of the points about honey that you have learned?”

For starters, see: Honey as a Source of Dietary Antioxidants: Structures, Bioavailability and Evidence of Protective Effects Against Human Chronic Diseases (Free Download)

P1 said: “I think you are not giving Grace’s points their due. She is just objectively pointing out which types of fibers feed known good families of bacteria, and she is also pointing out that RS2 largely feeds bacteria that are harmful.”

I’m sorry, but the evidence that’s been presented has been extremely weak and was mostly conjecture if you read it closely.

P1 said: “No one is really responding to or denying the truth of those claims, and she does provide links to research.”

I suggest you read the evidence she presented more closely, and with a critical eye. The studies often do not reach the same conclusions being presented here.

P1 said: “If you accept those claims”

Raw honey often contains spores of some very pathogenic bacteria and pathogenic yeasts. Is that a reason to avoid honey given that is seems to provide significant benefits to those who consume it?

P1 said: “I think it is pretty fair to ask what would be the presumed health benefit of taking large amounts of RS2? And I think it is quite appropriate for her to evidence that question by further pointing out that recent human trials of RS2 fail to meet good endpoints.”

The evidence in those studies is rarely as conclusive as it’s been presented in Grace’s posts. Again, it’s mostly conjecture. Secondly, nobody advocates “high doses” of RS2 anymore. So, I fail to see what the point of these posts are about.

P1 said: “The dose makes the poison in all things, but the fact that everything has a toxic dose isn’t really a response to her post.”

Actually it is. You could literally write the same exact series of posts using any food, fiber or liquid.

What a laf. That’s too much for her, even after she tried—in Fake Doktor ways—to claim Duck has chronic fatigue syndrome and how’s that going in light of PS consumption (both are actually false).

Tell you what, go leave respectful, critical comments but copy them. If they get deleted, email to me and I’ll post every single one, so long as they meet the respectful criteria. Slinging shit is my job, so don’t encroach.

I’m still working on another post about honey that will be up soon. 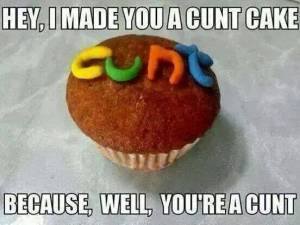