Anyone Want a Vacation in Cabo? I Give You Good Deal.

After first buying in just over 3 years ago, I just inked my third contract in 3 years. In fact, today is the anniversary date of my second contract a year ago. 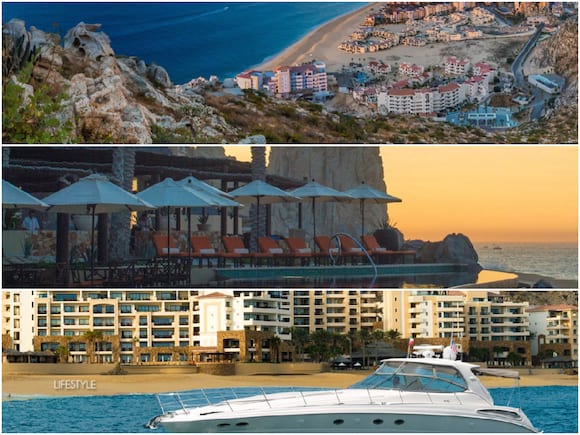 So, this puts me at a capital investment of about $160,000, with rights of occupancy for 15 Studio and 15 1BR Suite weeks per year, excluding only the last two weeks of the year (Xmas and NY). About a 10 year lease on each of the three contracts.

From here, I’ll be buying in equally in the new resort just up the coast, also being developed by HKS. Golf course, wave pool, lazy river, lagoons…all the goodies. Hacienda style. First occupancy March of 2017.

I’m booked to go visit it all March 21, for a week. …Sure beats futzing and writing about what to eat.

And now, headed out the door to the place that started it all, back in a week.  Friends coming down from N. Cal, who we met in La Paz three years ago, at the point where I bought in here at Cabo. So, it’s full circle.