A Rare Picture of Richard

It’s rumored that I’m afraid to post pics of myself, for any number of reasons, and I’ve heard them all (obese, diabetic, hypothyroid, alcoholic…a complete mess…even sarcopenia in a recent comment on Eades’ blog). The fact is, I’d rather it really not be about me personally, going forward. On the other hand, some insist, so here’s a rarity. 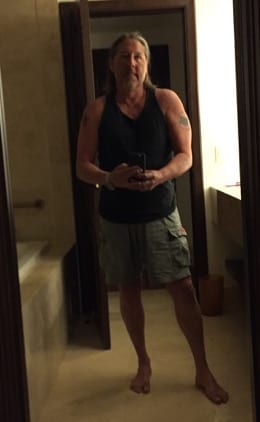 I’m sure it’s imperfect for a formerly fat guy, now 54. But I found something curious. While a total omnivorous meat lover, the more I switch out some of that protein and fat for some carbs—and even GASP!—2 or 3 sugary sodas per week—the more favorable seems to be my weight and body composition. It doesn’t hurt to almost never snack, either. Oh well.

And oh well here, too: fair game. jimmy moore started this whole issue at AHS12 by publishing an unflattering pic of me, sitting and hunched over.  Let me return the favor for the “thriving” king of nutritional ketosis. 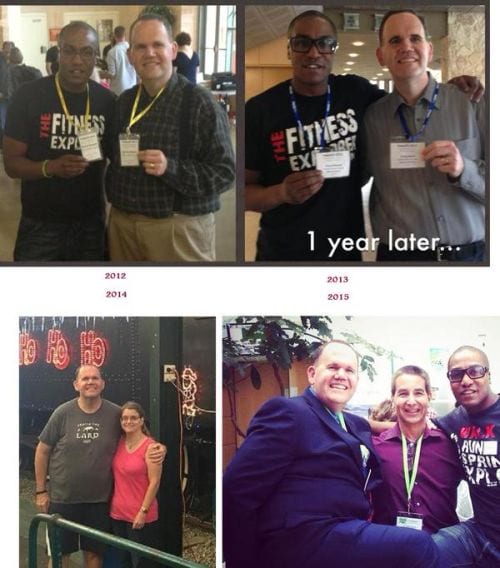 …I’ll tell you something else. I don’t need to wear a girdle, because “TV makes me look” fatter than George Clooney.