Team DD, as Mike Eades calls us, have been in such heavy swing over the past week that I’m buried in emails. I want to get it sorted out and blog it soon. One of my goals in this is being first to publish. We pretty much have a good handle on what Eades is likely going to say, and I want to publish it first.

Well, actually, I’m just living a so-called life. You know about last weekend in the Carmel Highlands. Monday was a down day for me, Tuesday was working vacation inquiries, Wednesday was a booking for one of those, for Cabo; a drive up to the cabin with the dogs, a day trip yesterday to my brother’s in Placerville with the dogs—and another booking via iPhone. Then this morning, yet another booking for Cabo. guy paid $3,000 for 6 nights in the 750sf Studio Suite, when I could get him the same room for $2,150, for 7 nights. Problem is, his dates were more important than cost, and the 7-night deal requires a Saturday or Sunday arrival. But it’s last minute: April 1 arrival.

Now, doggies and I are anxiously awaiting Bea’s arrival this evening (they’re all up in paws, out on the deck in the sunshines, currently). 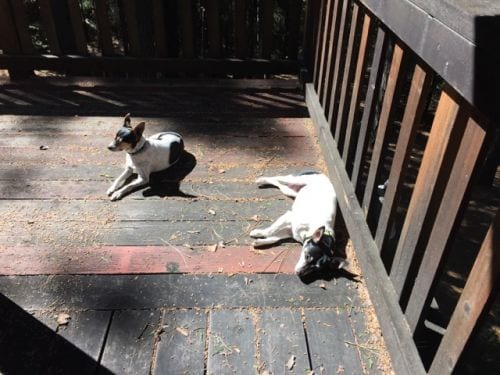 So here’s just a few things that crossed my attention and I mostly lafed and saw irony.

~ Heard a news story about how the last Kentucky coal mine that was a union operation just shut down. No more coal mining union work in Kentucky. Laf. More laf is that lots of guys interviewed prefer dealing on their own for pay and benefits, rather than sink dues into a pot that’s primarily focussed on the union’s political sway. Laf. Laf. Laf.

~ Apparently, the Justice Department’s Report on the “Enterprise of Fergusson, Missouri” had some fart-atomizing repercussions. See, according to Steve Martin, there exists a zone above the O-zone, and it’s called the Fart Zone. That’s where farts float to, and it’s why we must protect the ozone. If the ozone falls, all those farts will float back to earth and—this is important—not necessarily to their original owners. And so, couple of cops got shot in Fergusson. I can’t bring myself to give a wet fart, about it. Do you, really? Do you really, truly care? I don’t.

~ Sweet Briar, a woman-only college (now there’s a metaphor!) is shutting down due to financial realities (what, do men run the place? Financial realities? :). I heard a bit on NPR on the drive with doggies up to Placerville, from Arnold, yesterday. It was hilarious. I had tears of laughter running down my face. Apparently, what they loved most was that in that cloistered place, “Their Voice Was Heard!”

Got that? It wasn’t that their voice was generally irrelevant, that they often spouted so much cunty, mindless stupid shit that normal people just roll their eyes as politely as possible. No, it’s that they were generally ignored until, at 18 years old, they signed up for tens of thousands in annual tuition so they could co-miserate with other miserables, who nobody in their right mind could possibly take seriously, anymore. Laf. Laf. Laf.

…Alright, gotta run. I’m trying with the blog, but it’s really only when some thread of inspiration needs a firm pull that I’m blogging, now.

Headed to Cabo March 21 for a week, so I’m hoping to blog the travel log I’m going there to write. Tired of getting questions from the 60-70 sets of guests I’ve put in Solmar over the last three years, never having stayed there myself—like a drug dealer who doesn’t sample his own product.