I can do a stream of conscience on sacred institutions.

I can do a stream of conscience on the distinction between anarchism and nihilism.

But I can also blog about domesticated dogs. My Rat Terriers. 30 seconds.

Something happened yesterday, and it made me take account of the push-pull, profit-loss, ins-&-outs of caging them.

First, it’s far too late to free them. We bred out the stealth, smarts, social pac, viciousness that would allow them to survive on their own. Cats are different, for a very simple reason beyond the fact that they’re independent. You can’t really breed out claws and strength to weight ratios—at least not yet, chickens an exception—so they can still climb into trees and lay in wait for unsuspecting birds and squirrels. Almost any house cat can live feral push:shove, and almost no house dog could.

I speculate that Nanuka—Nuke—could give it a good go. I often call her “Nuke the cat,” because of her house mannerisms. By contrast, Scout was a rescue found emaciated in a field, young. I didn’t want another one after Rotor, but: 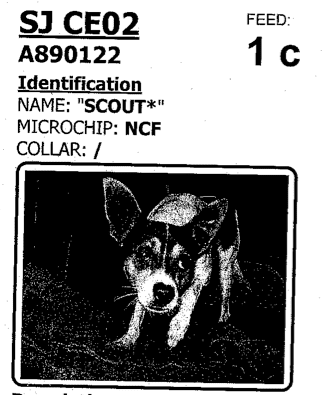 Beatrice was very trepidatious with me, knowing shit. She played it—me—and finally got me to come over just to see him. She knew she’d arouse the savior in me, and it was all elementary after that. 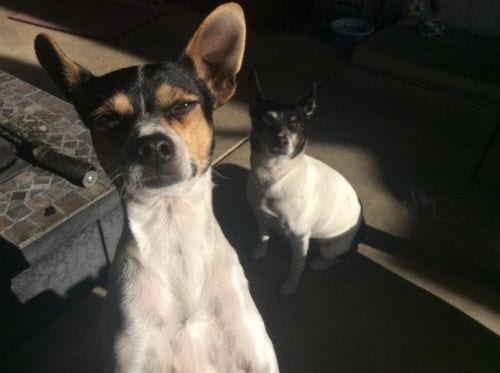 That’s the ungrateful butt hole in the foreground, a couple of months later. And you know what? That’s what I love the most about Scout; or butt hole, depending upon circumstance. He owes nobody anything and he feels no guilt. He’s of a domesticated lineage.

…I strive to divorce and distance myself from the way I grew up having dogs all the time: black labs. Back then, in the 60s, it was a brutal sort of thing. Dogs were beat into submission. Potty training consisted of rubbing their noses in it. People really did love their dogs, they just knew no better and stupid shit flows down hill pretty much like all shit. It’s really dumb, when you think about it. Virtually every dog lives to please its captor. They don’t need to be dominated.

Moving along to the story, shaking my head over the stupid, brainless, follow-the-leader, take-for-granted, unthinking bullshit I learned as a kid.

Scout and Nuke are so attached now, and he’s gained 1/3 body mass that was evidently programmed in his genes and just required ab libitum quality high protein food. Now, his chest plate can no longer fit through the pickets in the fence up at the cabin. Still my captive.

He’s still a crybaby, though. Bea and I do tradeoffs. I’ll take ’em up to the cabin, or I’ll go up myself for my own break. No matter, whatever the arrangement, when Bea’s here or there but then leaves with travel bags in hand, he cries. Big. Loud. Wailing like you never heard. She was his savior. He’s glued to her and it’s too complicated for her to push him away. And why ought she? He hasn’t need of surviving on his own.

…Yesterday, I took an Uber to go get my car from Tommy at California Wheels. Last touches (new rear shocks, machined front, hub-centric adapters to eliminate some wobble). 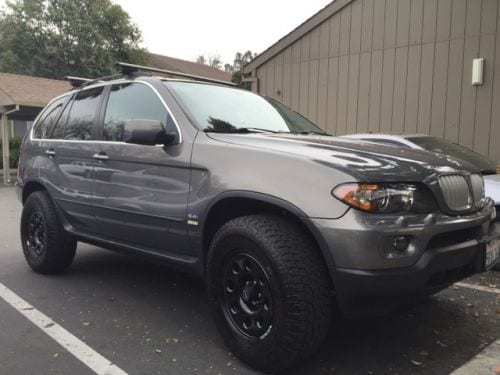 When I got back, I parked, and happened to run into Bea, out checking the mailbox. Told her I’d gone to get the car, get it washed, etc.

“When did you leave?” Uh.oh, loaded question.

“I got home at 4:45 and someone was dying in there. Scout was crying and wailing like never. I ran to the door.”

In Bea’s apartment, we have a sliding glass door onto the patio. There’s also a doggie-door insert. But when I leave, I close both off, because people are constantly walking dogs by and mine are of the mind that no other dogs have a right to exist in this permutation of a universe. So I closed it off when I went to get the car.

What I didn’t know is that Nuke was tucked away behind pillows on the couch outside.

Trauma ensues. Picture this. They are separated by a glass door, one outside, one inside. Scout is so very attached to Nuke. I feed them separately, so they can eat in peace, but when Scout is finished, he always goes and lays in front of the bedroom door, acting coy, waiting for me to uncage Nuke.

So, once Bea broke in and rectified everything, walked and fed them, there was fallout. Not from Scout, from Nuke, my girlfriend of 10 years and thousands of walking miles.

She loves and hates me. Whenever there’s trouble—like fireworks, thunder, or a smoke alarm, I’m THE ONE she comes to and there are no substitutes. I adore the implicit in that and accept my role wholeheartedly.

But now, she didn’t come to me. Didn’t come to anyone. We kept finding her in the oddest corners and cubbies in the apartment, kinda hidden away—she only does this at fireworks boom-boom time. Or, she’d just lay somewhere near me, not too close, just close enough for me to maybe notice she was there. She was hurt, in whatever way that means for a dog that’s been with you for 10 years; this was a display of hurt, of incertitude, of confusion, perhaps. It was something, nowhere nothing. And it mattered to me a great deal.

So I spent the evening being the most pathetic person you could ever imagine. I felt so damn bad. It was unmistakable that the thing had affected her and there’s no way to sit her down and tell her. Has to be actions and attentions. And you have to realize: they’re still going to think you’re an asshole and did it on purpose over some kick-the-dog issue you have. They’re captives, after all, and dependents to boot.

…Hours later, I went to bed. I thought perhaps if I took her to the bed—she sleeps with us sometimes, on her terms exclusively—tomorrow would be another day, today forgotten. So I looked for her, couldn’t find her. She must have found someplace to tuck away. So, I went to take a final piss and when I opened the door, there she was, as if to say, “OK, prove you still love me.”

After about a minute standing next to me under the covers, she went to sitting position, 2 minutes later, to a nice relaxed lay. An hour or so later, she got out and went to her preferred bed, normal ever since.

Make of all of it what you wish.