It’s been about 10 days since the 6K word-whopper went up: Iron, Food Enrichment and The Theory of Everything. So far very well received—as an hypothesis to investigate—by various communities. We were purposely diet agnostic in that post for, we consider the hypothesis also unifying in terms of at least partly explaining why vastly different diets provide benefits to diverse groups of people. For instance, myriad diets an LCer or Paleo would find unacceptable within the confines of their paradigms are nonetheless healthful; in many cases, more healthful—if longevity is the gold standard (see: The Blue Zones).

I think we’re back to square one: Eat Real Food and that may even include various grains…though primarily in a fresh, whole-grain way, so as to derive important nutrients from the bran and germ (e.g., manganese and copper, both critical in the regulation of iron absorption and storage regulation).

…All just food for chewing and thought.

END_OF_DOCUMENT_TOKEN_TO_BE_REPLACED

This is the promised greatly expanded post that we touched on here: How Food Enrichment Made Us Fat, Diabetic, and Chronically Diseased. The Duck Dodgers team has been working on this for months and the purpose of that earlier post was to kinda crowdsource the idea, see if there were serious objections we weren’t aware of prior to putting it all out there more formally. In addition to the home team, we’ve also run this by a number of others and received lots of valuable feedback. Keep in mind that we’re floating a hypothesis here, not claiming causality. And we think it’s solid, as it appears to work in every single obesity / disease “paradox” worldwide we can think of. Contrast that, say, to a hypothesis were dietary carbohydrate is per se behind the obesity epidemic. Well, right off the bat you have to contend with The Blue Zones where longevity is highest, and every single one consumes a carbohydrate rich diet… Iron is an essential element for human beings—you can’t live without it. However, too much of it can be harmful. The US, UK and Canada are the only developed nations to have mandated iron enrichment of white flour, white breads, pastas, rice and cereals—no other developed countries do it. And as we’ll suggest, the policy has potentially been disastrous for our health, contributing to most of the major diseases of civilization including cardiovascular disease, diabetes, cancer and Alzheimer’s. Some countries, like Denmark, have even banned the imports of fortified foods. In fact, flour fortification is a practice that is almost exclusively practiced by third world countries The reasoning behind iron fortification stems from the idea that some women are believed to have iron deficiency due to menstruation. Besides the fact that skewing the micronutrients of the food supply for a fraction of a population can be counterproductive for the majority, it turns out that the entire concept of women becoming anemic due to normal menstruation was recently disproved. There is no anemia epidemic due to menstruation. And even if there was, it would not warrant a modification to an entire nation’s diet. …

END_OF_DOCUMENT_TOKEN_TO_BE_REPLACED

It’s an understatement, really. Particularly contemplating that I have almost 5 months of challenges left to go under my lease. I’m not going to get into lots of detail now because it’s really too complex, intertwined, involves personal motivations and goals towards molding a different person in myself; one I like a little better. That last point is important because I didn’t come here to win friends, influence people, or party hardy (well, not altogether too hardy!). I’m doing this for me.

Chief among the challenges is the raw brutality of it. It’s not really a tropical paradise or desert island oasis. A 5-Star resort an hour west over in Cabo is a tropical desert paradise—compete with umbrella drinks served poolside. Here, it’s just fucking hot. Always fucking hot—and cacti provide no shade. Save for manmade structures there’s just no shelter at all. Don’t know what I’d do without that outside shower.

END_OF_DOCUMENT_TOKEN_TO_BE_REPLACED

The ocean is pristine right now. The weekend mini-storm here at the tip of Baja really pushed the reset button and we’re back to more of a seasonal dessert weather pattern (cool, breezy evenings matched by hot days) and seas coming more from the south than west (Pacific).

I went and played around in the light surf for a long time. Just felt to good to get out. Got back and checked in on comments.

Angry idiot. No amount of carbs will get rid of the hate you cultivate in your mind as an attempt to hide from your guilt.

Some useless nonsense from David:

Everything on FreeTheAnimal is just some guy spouting off unproven shit. The whole potato starch fad is an example of how over the top he takes things to build his brand.

…And finally, the stuff that’s always better than money, from Julie:

END_OF_DOCUMENT_TOKEN_TO_BE_REPLACED

People are really getting good at refinements. Including myself. I now ingest probiotics (when I do, which is occasional, high dose) first thing AM with water, and wait hours before eating anything. The reason is simple. Your aim is to get them to the colon to establish as floral community members. You don’t want them being held up by food in transit, nor sidetracked by meals en route. So, one of my favorite mega-dose probiotics that you only take from time-to-time for six day, is Elixa Probiotic. Here’s a back-&-forth between Elixa’s creator, and Wilber, a commenter who’s a fiber menace to society.

END_OF_DOCUMENT_TOKEN_TO_BE_REPLACED

I’ve previously blogged about my use of a new high-dose probiotic called Elixa. It’s not one you take all the time, but a 6-day course you take now & then. I’ve written about it twice before:

One thing its creator, Karl Seddon, is happy to do is to interact personally with customers via email. For instance, one woman had some flu-like symptoms, detailed here, here, and here. That last one is Karl’s input.

Feel free to contact me directly to discuss your theory further, as it is interesting indeed – as far as acidosis-susceptible individuals are concerned.

However…. while there is a logical chain linking it all together on paper, I happen to have had clinical experience with patients suffering from several conditions, 3 of which could relate (for purposes of discussion) to this type of situation: bacteremia, metabolic acidosis (including lactic acidosis post-surgery for ileal pouch), and Jarisch-Herxheimer response to IV antifungals.

The ‘hot/flushed’ symptom you have listed is a typical presentation of Jarisch-Herxheimer and would differentiate the diagnosis away from investigations of acidosis or hyperlactemia.

While the J-H response is an indicator that large amounts of non-beneficial microorganisms are experiencing cell lysis (a GOOD thing), I can fully appreciate that it may be a disconcerting experience. In any case, I think she will make the right choice to discontinue it if the response is this acute.

The unfair irony is that certain people who can benefit from probiotics, will experience this type of Jarisch-Herxheimer response much more than others. (I believe this is what you are referring to as ‘die-off’).

END_OF_DOCUMENT_TOKEN_TO_BE_REPLACED 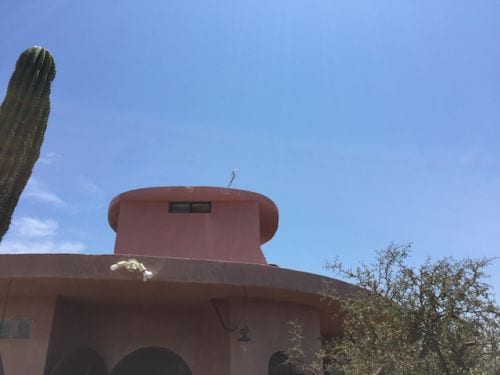 Ubiquitous, reliable sunshine gets stored from 4 solar panels into 7 truck batteries during every day. Lets me run lights, internet, computers, water pump…even a fan: because it’s not hot…it’s fucking hot. But this line of sight deal into the network smokes. So far, way better than endless video steaming spinning wheels on Comcast Xfinity Anywhere Bay Area California—who’re simply just quasi-monopoly frauds, now—protected from competition, in no rush to actually deliver on the promises they spend $100 million + in advertising per year to lie to you about, all with the blessing of your municipalities and fed whores you actually take the trouble to stand in line to vote for, getting your 1/300 millionth say in your own affairs like fucking wankers.

So, this is all now kinda the last bit, from where I begin crafting new simple habits and write about the struggle. Bro David left yesterday. It was beyond great for us to be completely just the two of us: Baja 1,000 in 18 hrs, and then 4 nights here at the new place. I’m 54, so he’s been in my face for about 51 years and I wouldn’t have it any other way. I love and adore that man. So different from me, but also so similar on levels important to me.