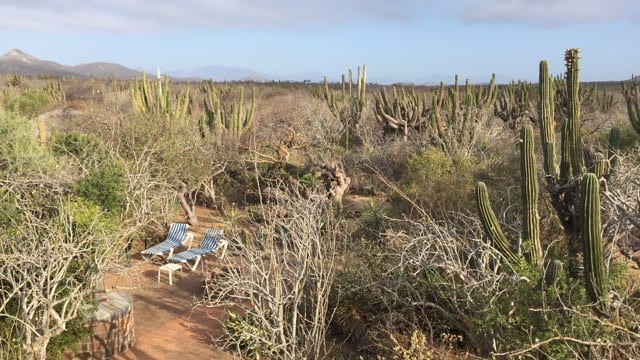 Comfy and convenience are double-edged swords, because I can get to any of two Walmarts, a Costco, and a Home Depot within an hour—the only negative feedback being lots of miles of dirt roads with trucks kicking up dust, potholes, and washboard.

I suppose the big difference for me is that I don’t use any of them to fill a line of pantries and box freezers—or fill a house with stuff I don’t need (everything I need fits in the back of my car). To me, this is about challenging myself to live more minimally, see how it goes, figure out management, and end up embracing it as the better, more humane way to live…for me. So in that way, I’m simply reporting on my experiences as I endeavor to learn. It’s been just over 5 weeks, now. I’ve learned a lot.

Still, when I mention things I’ve learned or simply observed around here, I sometimes get the old flapdoodle: ‘Try 20 or 30 years living here and then open your mouth; you have no right until then; because, I have, and I don’t want you to make me look inept; and because, since it took me 20-30 years.’ Really? It took you 30 fucking years? You must be excruciatingly slow—to the frustration of others—on the uptake. Thanks for letting me know to steer clear or your general buncombe. …Or, did you just mean to dominate me with twaddle, rather than see if you could learn anything from me too? After all, I’m embracing learning from others in a new environment and I struggle to understand any resistance, should any random individual have valid insights of their own—even if discovered just right now.

The greater and deeper reality is that I’m growing very fond of this place, inexorably tied to the eclectic group of very weird people who call it home. You’ve got people poorer than dirt, and multi-millionaires, and one’s financial assets seem to be largely irrelevant here—save for cliques and villa monuments. Mine’s just a sliver of a notion that in Zacatitos, what makes us the same is monumentally more important than the things that differentiate. Zacatitos blurs meaningless distinctions because when someone’s house is on fire there’s no fire “department,” and the ability of a millionaire to ‘bucket water’ is similar to everyone else’s. Perhaps more importantly: every single person here cares deeply about the community they created and inhabit.

Did you catch the italics?

…I previously wined about all my challenges. For context, here’s what I call home. At this point, the challenges that most impact quality of life are stifling heat and bugs. I’ve been working on managing those issues…and learning as well that smart little things have big impacts. I’ll give you two blurbs and then I’ll get to the photos.

So, there’s the challenges and I’ve come to embrace them all. Every single one. But. Why? Well I’m glad you asked because it would suck if you didn’t. 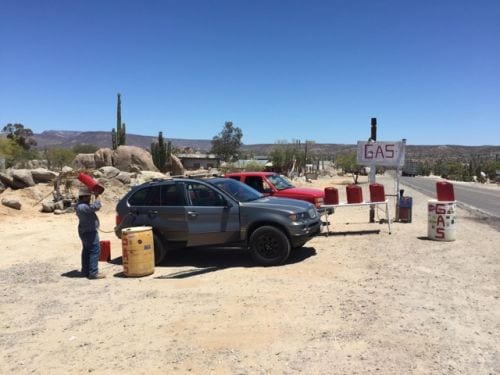 There’s a distance along the 1,000 mile Baja highway, between El Rosario and Guerrero Negro, where there’s no Pemex gas stations for 225 miles. It only cost Jose here—halfway point—$25,000 for the environmental impact study, remediation plan, and union membership. 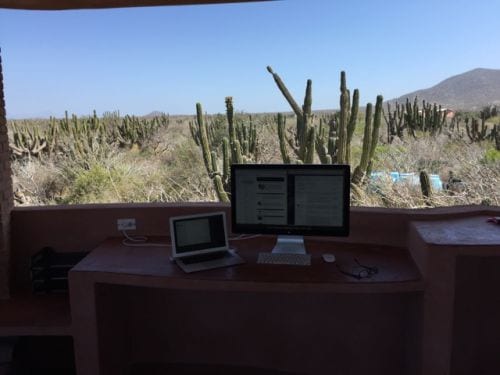 This was to be the world’s coolest office view. But since it’s open around to the left and behind as well, ambient natural light just washes out too much, so I had to take it all downstairs, under cover. Shit! 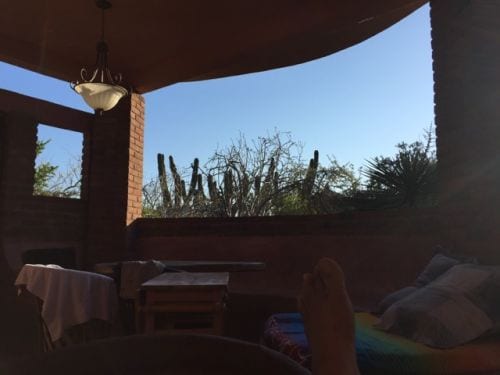 Twilight, from my comfy chair. 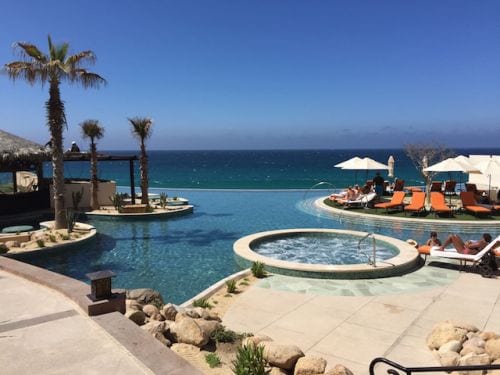 I get to go visit my rental property at the Grand Solmar now & then. 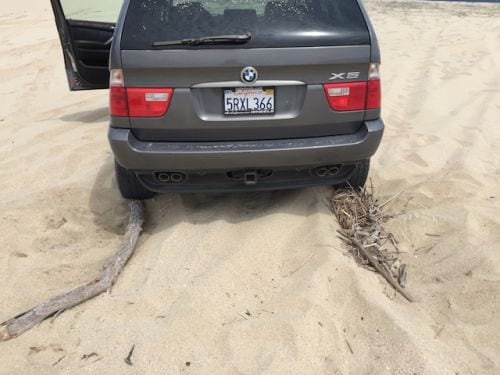 When I go driving and exploring, should the sand be found too dry and fine, there’s a flip-flop scoop for that. If there’s drift debris, you can scoop less. 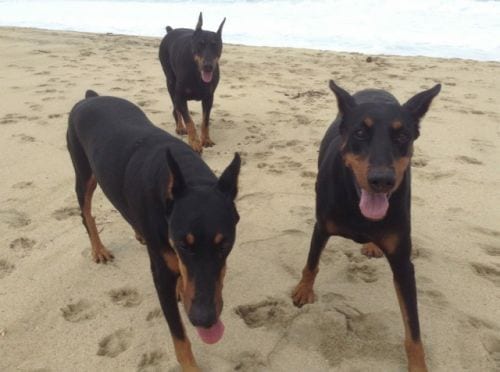 Mindy, Emily, and Tiffany give me the much needed doggie love I miss from home. I love going to Paulie’s place down the road, honking the horn and yelling “Doggiesssss!” They are sweethearts, disposition similar to my rat terriers (mini dobermans and rat terriers are nearly identical). I get to babysit them for 2 weeks very soon. Yes, they will try to kill you if you’re not a friend, as is the natural order. 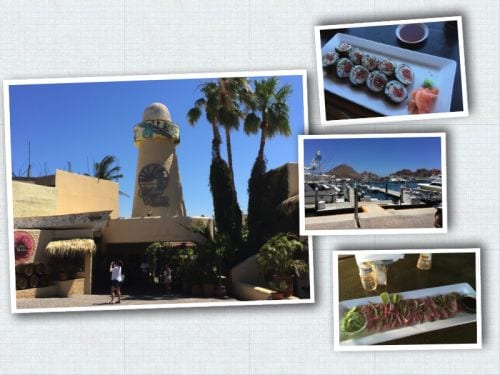 If all else fails, there’s always San Lucas. Just avoid Hagar, because he ruined Van Halen. 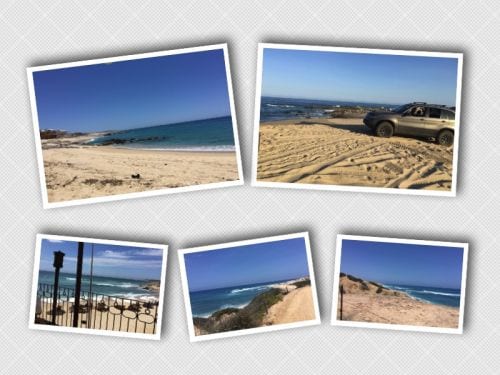 10 million sceneries where these come from. It actually gets boring. Always have someone in the car with you to point stuff out because it’s really hard to stay awake. So boring. Urban American traffic: now you’re talkin’. Exciting! 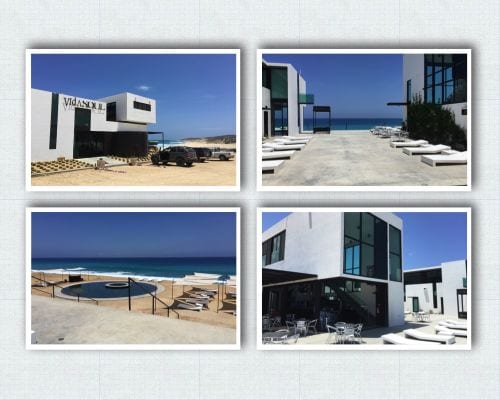 VidaSoul. Off Grid hotel. 100 solar panels on the roof and a big bank of batteries, backup generator. Enamoring to me because the favorite place I ever lived was an urban loft. Joan, the owner, is a joy to have a chat with. 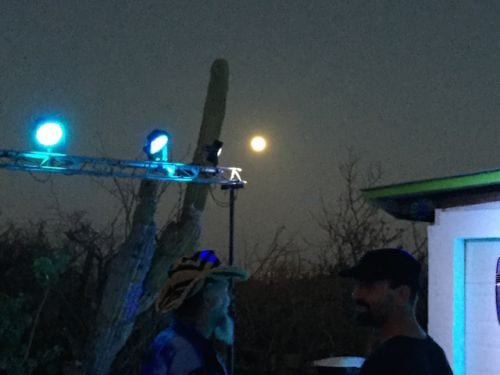 We get full moons and because we’re the un-urbaned, we pay attention. I sleep “under the stars?” No, fucktards. I sleep under an asshole moon. Every single night.

And so there’s just how awfully bad it is around here and I encourage you all to get every political pamphlet you can find, set your schedules to the next election, get your 1 in 300 millionth say in your own affairs, and pin something on your lapel that turns your profound impotence into some fantasy of power.

I’ll just be lafing at you from Baja.