You can subscribe on the right sidebar, under where it says “Occasional Newsletter.” Well, this is the first one since May, so I think I qualify for occasional. If you do subscribe, you get the confirmation thingy, and once you get the welcome, you can click on the link, upper right, to open in your browser. Then you should see the tab to access the archive and thus, access what I just published.

Theory To Practice Is Changing Everything

By nature we continually seek a narrative, or storyline, that’s comfortable and workable to and for us; we hold onto it. We promote and advance it, teach it to our children and grandchildren. We celebrate generational solidarity to the narrative.

Generally, it’s a very successful survival strategy…and it must be understood that a minuscule percentage of peoples on Earth—who’ve ever lived—and even in the last few hundreds of years—ever got an opportunity to be exposed to Enlightenment principles (not perfect; but a sea-change change: from belief and learned, to evidence and testing). Much less have more than a relative handful percentage of people who’ve ever lived had the opportunity to test such principles and their results amidst life in a modern society.

It’s not the purpose of this newsletter to explain why, only identify.

END_OF_DOCUMENT_TOKEN_TO_BE_REPLACED

Due to the huge number of orders that have been placed by FreeTheAnimal visitors and readers, Elixa has sold out twice. In response, Karl Seddon—its Oxford University-educated founder—has brought new production and distribution capacity online, and after about a month of being sold out, is once again shipping.

You might be unaware that Karl is not your run-of-mill supplement entrepreneur. His formulation is unique in the tech he invented to “breed strains;” but also in the delivery method, such that it fools your digestive tract into rejecting it, getting it to your colon unscathed…so that it can take up residence and populate there, where it’s supposed to—and not anyplace else, like your small intestine.

Moreover, he’s also not like a run-of-mill supplement entrepreneur who just farms out…selects stuff from a manufacturer’s catalog according to a concocted recipe, slaps his own eye-catching label on it, and then spends 50% of revenue on flashy, over-hyped marketing. Elixa is manufactured in-house, under Karl’s close, up-until-midnight supervision. He tells me he just spent three 18-hour days in a row calibrating his latest machinery-tech addition to the production line. In other words, all manufacturing capital is owned and iron-grip-controlled by Elixa, which is another way of saying: Mr. Karl Seddon.

Elixa is simply the highest-tech, most closely and carefully monitored probiotic in the world, and you can order it right here and try it for yourself.

And you can follow along with the experiment that’s about to take place with me as lab rat. A 12-day course, accompanied by nine (yes, 9!) biometric test kits taken before, during, and after the probiotics course, in order to provide the best resolution that’s ever been published on a blog, where you get to comment about what you think.

What does one do with a Woodchuck Pirate, aka Raymond J. Raupers, Jr USA?

Woodchuck has dropped comments on my blog for years. He always puts a lot of effort into it. It’s sometimes a bit lost on me contextually, but since I’ve traveled in such circles for a couple of decades, I well know that anyone’s synapse firing in the moment doesn’t always line up with my own. But, I always know when I’m dealing with a thinker, rather than a regurgitator. And there are no shortcuts in that. Take a few years of focussed effort and you might become a real thinker, rather than a regurgitator. Otherwise, I’ll always catch you pretending, and will gleefully point it out.

Raymond tosses around the 99.99% figure—as we all do—to make his distinction. He’s probably being way generous, because I doubt there are 7,000,000 (7 million) people on the planet who aren’t worthy of characterizations I’d make, that you’d chalk up as misanthropic. However, I hold out hope for some of the millions of kids in underdeveloped countries now getting on the internet, but not sacked by doG & Cuntry baggage that you all embraced out of convenience, free shit, comfort, convenience…and a burning desire to get along with people spouting bullshit.

I’m posting a comment here by Raymond from a couple of moths ago that has been on my mind; principally, because of his 2-word formulation that struck me distinctively: focussed misanthropy.

(I hope Sir Raymond excuses a bit of editing for emphasis.)

END_OF_DOCUMENT_TOKEN_TO_BE_REPLACED

It’s time to get this thing done. It stands currently at 19 Chapters and two substantial appendices. This is Chapter 1, and I will publish Chapter 2 here (Your Second Brain), within a few days to a week, when it feels right.

And it now feels like the right and prime time to drive it home. Timing and circumstances continually plagued me since Tim “Tatertot” Steele and I set out to do this. Over and over, I thought I was on the cusp of diving in and getting it done, only to have a crazy gonzo life get in the way. I’ll not bore you with details. It’s just furiously onward, now.

I present chapter one…

Who are you? A doctor? A farmer? A father, mother, son, daughter? You may be any of these or a few, but it isn’t even close to describing who you really are in total. You aren’t even a single entity, but a collection of living things that work in unison, mostly symbiotically. Inside each and every one of us is a world so bizarre, so strange and alien, that we couldn’t even begin to fabricate a story so implausible. It’s science, not fiction—and the unison of the two is ironically less strange.

To make sense of it, we often call it nature, a sort of catch-all. Or, we punt in various ways, invoking superstition. Doing so is probably nature and natural, too.

There’s about 40 million bacterial cells in a gram of soil and about a million bacterial cells in a milliliter of fresh water. In total, there’s estimated to be about five million trillion trillion, or 5 × 1030 (5 nonillion) bacteria on Earth with a total biomass equaling that of plants. Some researchers believe that the total biomass of bacteria exceeds that of all plants and animals.[1]

END_OF_DOCUMENT_TOKEN_TO_BE_REPLACED

I’ll probably disappoint some with a paucity of input, here. But, I promised, so here is going to be my honest take on the matter.

I keep trying. It’s arguable—to me at least, trying to understand my own ways—that those two post set everything in motion for me. It made a ton of things not add up, while suggesting clues towards adding up other stuff. I recall sitting on this info for for some months before daring to blog about it.

The long story short is that it’s likely that what Weston Price discovered in his world travels was Vitamin K2, and it’s very special, acting in concert with Vitamin D from the sun, and Vitamin A from animal flesh to make your intake of minerals go everywhere they should (bones & teeth), and no place they shouldn’t (soft tissue). I’m a total sucker for simple and elegant, like that.

END_OF_DOCUMENT_TOKEN_TO_BE_REPLACED

It’s getting so over the top. Every time I turn around I have to change a password, answer security questions, look at some pic-icon, or, worst of all, get a text or a phone call to “verify” I’m not the retard they’re treating me like.

Here’s a good way to know all the silly people in your life. First, have them take you to dinner (gotta figure that part out by yourself). Just as the tab arrives, strike up a conversation about Internet security and providing CC numbers online. Listen to their blather while you watch them physically hand their CC over to a minimum-wage employee to take to a back room.

END_OF_DOCUMENT_TOKEN_TO_BE_REPLACED

That doing this twice daily is the most important thing I do in life. 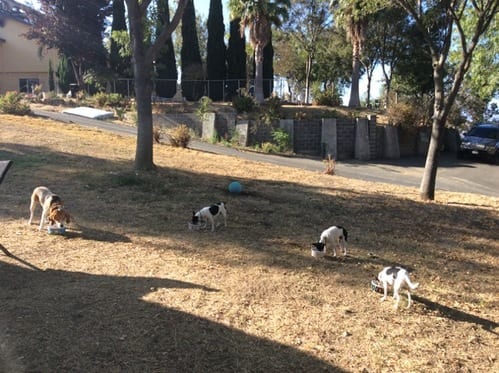 It’s really super very hard to get me to spend time listening to a Podcast. I don’t really get the whole enthusiasm with podcasts, much—perhaps, because I spend as little time sitting in traffic in a car as possible. I’d rather be poor and die.

This one is different.

You can also just read the transcript.

END_OF_DOCUMENT_TOKEN_TO_BE_REPLACED

First, an update on yesterday’s post where comment input from John Brisson and Allan Folz has motivated Karl Seddon and I to modify the Elixa Probiotic experiment.

I’m thinking I should send some more uBiome tests your way.