3. The experiment has morphed.

It was originally to be a Ubiome test before, during, and after a 12-day Elixa course. Now, it’s three tests before, three tests during, and three tests after. All three sets will be a single uBome and then, a uBiome and American Gut in the same sample, to test the testing, too.

So, nine tests altogether in order to hopefully gain some resolution we don’t get from the one-offs we’re accustomed to. I have already taken the first uBiome, and tomorrow morning will take both a uBiome and AmGut, prior to downing the first dose of Elixa.

4. There’s now an easy way to order, from an easy-to-remember URL:

5. There will be a food log. Here are some example pics of what I’ll be eating, emphasis on simple.

How about fresh egg salad on Beckmann’s whole grain German farm bread, with emphasis on fresh? 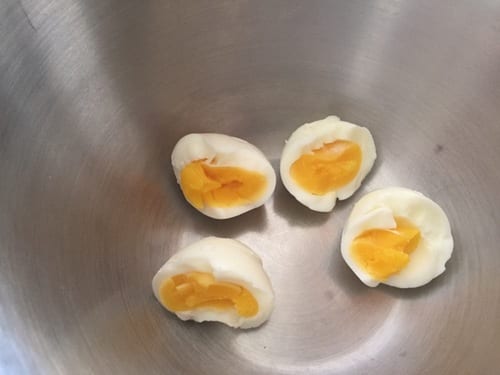 2 medium-soft boiled pastured eggs with “pudding” yolk that requires far less mayo. Begin with hot tap water, bring to a boil, shut off heat, let sit for 2-3 minutes, kill it with cold tap water. (For soft boiled runny yolks, same thing, but kill it a minute after you shut off the heat…but drain hot water and just long enough cold to allow you to handle the eggs.) 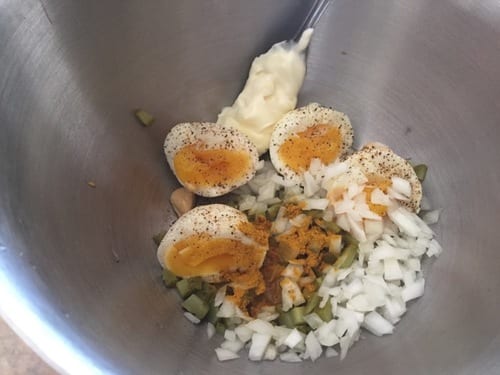 Dollops of horseradish and Dijon. Pinches of yellow curry, salt, and pepper. Chopped onion and dill pickle. Splash of pickle juice. Less than a TBS of mayo. 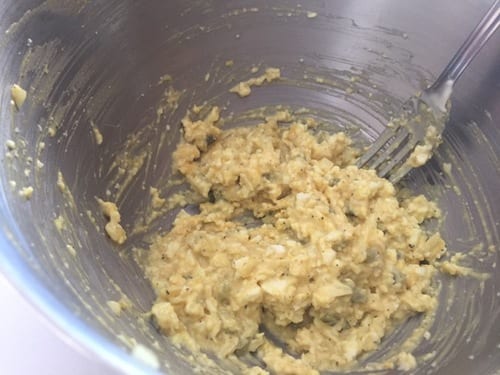 Does it look dry to you, with that little amount of mayo? 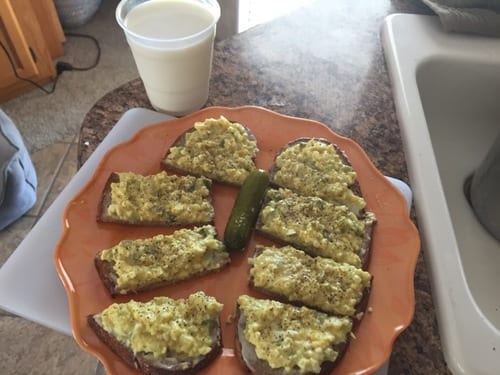 The Beckmann’s whole grain German farm bread is scraped with mayo to create only a fat barrier so the bread doesn’t get soggy…though if you eat it as fast as I do, probably an unwarranted concern. Oh, it’s chased with organic raw whole milk.

So here’s a repurposing of one of the eggs I had left over. 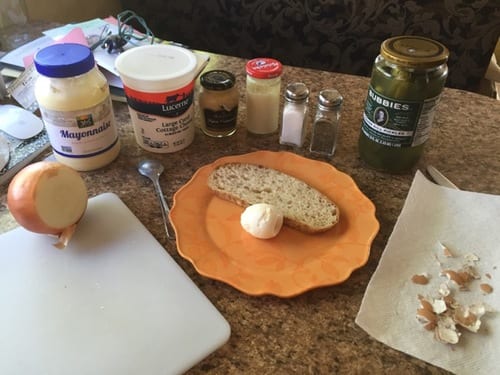 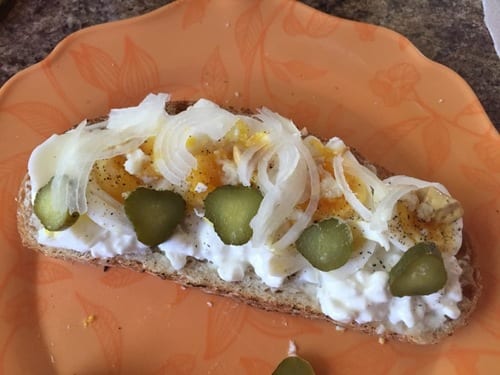 Yes, that is indeed full-fat, large curd cottage cheese on a sandwich. In this case, the bread is Beckmann’s multi grain and seed.

Ok, so there’s where we are. Not quite sure how I will blog it in the midst of the experiment, but I’ll figure out something to hold your interest and get you to try ElixaFTA.com for yourself.