Grains Aren’t Grown, Processed, or Eaten Equally, So The Paleo Narrative is Essentially False on That Score

Well, glad to have created a bit of a stir so far, given the last post on this topic: How Wheat Went From Superfood To Liability.

I really could not be happier that Tom “Fat Head” Naughton decided to advance the discussion: Ancient Wheat Was Superfood? While Tom still concludes by being unpersuaded, his treatment is very fair, and when you read the comments, they’re very constructive (Duck and I have been in there, and there’s a cameo by Tatertot). It reminds me of a conversation Tom and I had way back about why he chose to keep his standup comedy routines PG. Do take a look.

I want to emphasize that this is more like what we mean. Click on it to open it big enough to read the back of the package. You can get their flour at a pretty decent price: Community Grains 100% Whole Grain Hard Red Winter Wheat Flour, 4lb Bag. Here’s their website. 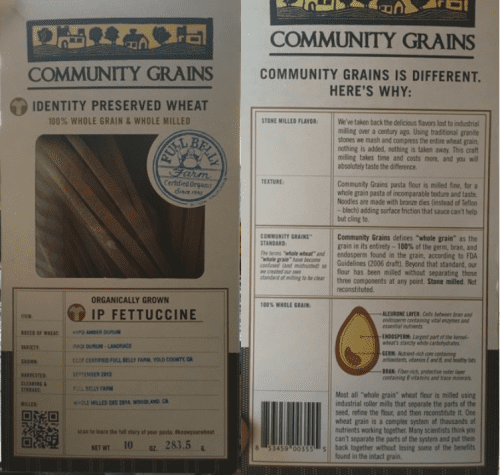 This is not what we mean. 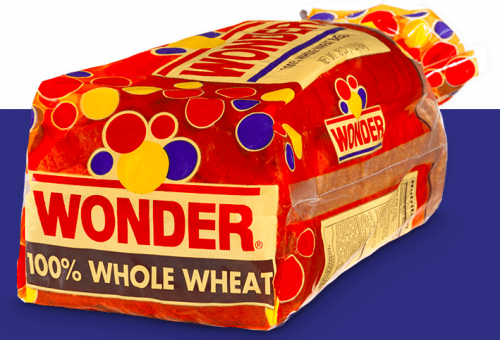 One final thing. I have a number of comments up at Tom’s place, but this one is perhaps my most important one, because it deals with the false part of the narrative (skeletons and teeth) that just won’t die. Hopefully, people will stop using it.

Have Duck look at the entire dental data. The wear and tear seen is a totally different issue and not related to wheat ingestion per se, and most of this wear and tear data is from the paleolithic. Lots of old geezers during those times with teeth grinded to the bone. This is not a marker of adverse health. It actually shows the paleolithic diet was healthy. I’m talking caries here (paleolithic versus onwards). The record is quite clear, to me.

So…The Duck Dodgers has looked into the entire [dental] record and our conclusion is that tooth decay is a common problem for all animals with teeth (even dolphins…who eat no grains, or even carbs). The problem for wild animals is that they have to have teeth, just as they have to be mobile, see, hear, etc. Else, they die, probably get consumed by other animals in most cases, and there’s a lack of evidence.

Tooth decay and significant missing teeth (reasonable to presume at least some were mechanically extracted if decaying—just like Tom Hanks did on that island) are well established in the pre-agricultural paleo record…even Neanderthal.

What it all ads up to for us is that it’s very presumptuous to single out grains, per se, as the just-so cause of skeletal problems, including tooth decay. Moreover, we believe that emphasizing spotty-at-best anthropological records IN PLACE OF actual observations of real living people smacks of convenient narrative and confirmation bias.

Weston Price was a dentist who observed real people, studied their teeth and their diets extensively, worldwide…I’ll remind everyone…and he developed a whole list of “wise traditions” that he believed contributed to healthy teeth and skeletal structure. He also had ideas on what compromised both by comparing identical genetic stock (twins, often enough) who had gone to live in civilization…and eating grains, per se, was not among them, but rather the lack of vitamins and minerals at large…and importantly, including soil depletion. This would have been an understandable mistake in early agriculture because people just didn’t know until they learned the hard way through crop failure. So, we conclude that the message of Price is that Physical Degeneration is a problem of insufficient Nutrition. You can single out grains to prop up your paleo narrative, but if you do, two plausible explanations come to mind: soil depletion as just mentioned, and also processing to remove the germ…analogous to eating egg whites and tossing the yolk.

Here’s a quote from a 1892 book by Erastus Wiman in the post, quoting a “prominent English physician”:

“Wheat and water contain all the elements necessary for man, and for the hard working man, too. Where is the man that can exist on our present white bread and water? There is an old joke about doctors being in league with undertakers; it would rather appear as if the millers and bakers were in the doctors’ pay, as if, were it not for them, and for the white bread they are so zealous in producing, the doctors would have less to do. Separating the bran from the flour became fashionable at the beginning of the present century. This fashion created the dental profession, which, with its large manufacturing industries, has grown up within the last two generations. It has reached its present magnitude only because our food is systematically deprived of lime, of salts and phosphoric acid, the creators of nerve bone, and tissue, which especially are so signally absent from our modern white bread.”

Back to Weston Price. Here’s a widely integrated post by Chris Masterjohn on understanding Weston Price. Amongst other things, it covers with references the fact that tooth decay is an ancient problem, even in the paleo, and also amongst wild animals, even marine mammals.

Note particularly the sections on how tooth decay is ancient and how lots of wild animals get tooth decay.

On balance, I find I pretty much have to dismiss all the convenient narrative concerning the Garden of Eden paleolithic as being spoiled by the advent of grains and their by-products. It’s the processing and making of by-products and combining them into engineered crack-food that’s the more Occam’s Razor explanation of health woes.