Well, it’s way less than 1,00 words, but it is a picture with words. Punchlines after. 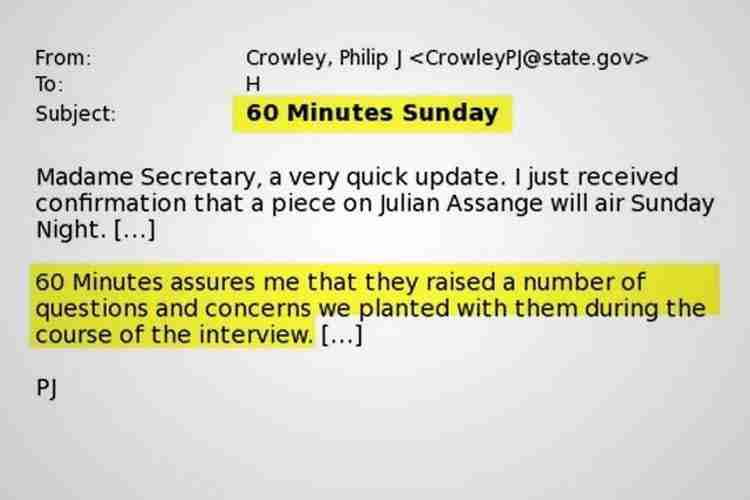 I’ve never thought that the “Confidential” thing would stick to Clinton (H variation). People do not fucking care. She was holding office at highest levels short of being elected (pay back), and American by-and-large trusts their politicians and elected officials, against all hope, and dread too.

It’s a narrative problem, but it’s exploited by professional liars all the time, going back to Ford’s pardon of Nixon and beyond. How many people felt relieved—this may even cross partisan boundaries—that we were not going to put a US president on trial, risk a conviction, and see him in black & white stripes (pre-orange jumpsuit)?

What would that do to the American Narrative? What, we’re really as bad as the incestuous den of inbreds from whence we came? Is it not time to rethink sovereign immunity?

Aside from holding politicians to the law—which neither left nor right is willing to do for their A-Team—one might have hope that the left media at CBS’s 60-Minutes of Very Clever Propaganda, colluding with a left-politician hopeful holding seat as Secretary of the State might raise some heads.

I wouldn’t bank on that, either. Americans love their team members above all else. Perhaps the idea of holding individuals, regardless of standing, liable to all laws is a really stupid, ridiculously idealistic idea that could never work in practice—only in various papers of fantastical ideal such as The Declaration—and a decent, albeit violation of all principles that The Declaration declared: that misguided negotiation encompassing 2/3; a stab at codifying philosophical principles: The Constitution.

See, the fucktards need a code. This is where we’re at, at this stage of human evolution. We’re barely that far removed from monkeys screeching in the trees, so we need a set of instructions from Alpha. Very few are yet evolved enough to operate on principles, by their own selves. You probably need an IQ of 120 and above, which would leave a full 90% of people hopeless and helpless, because only 10% of humans are above that level.

Thats a kinda quantum rhetorical aside, where it’s almost true and false at the same time. The true part is that we understand that’s how it ought to be and we love narratives and even art that massage us in that longing. The false part is that it’s a fantasy and no matter what your wishes and longings, your team really sucks at practice, Blue or Red.

Fortunately, there’s many more reasons why Hillary will never be President.