We used to laugh uproariously and poke fun at the articles and authors tagging Paleo as a fad.

There were right; they are right. It is. I’m not sure it started out that way. I certainly wasn’t trying to make it so, but rather, was participating in what seemed to me like a food revolution based on a really sound foundation…human evolution. And it was powerful. Myself and many others lost much weight. We achieved improved health markers from whatever baseline.

Sometime back I stopped putting my posts into categories or tagging them, and I collapsed all my categories into “No Particular Category.” I have a queer visceral distaste for SEO bullshit and all that stuff. I just want to write and hit publish. Google treats me pretty damn nice in spite of my SEO incompetence. 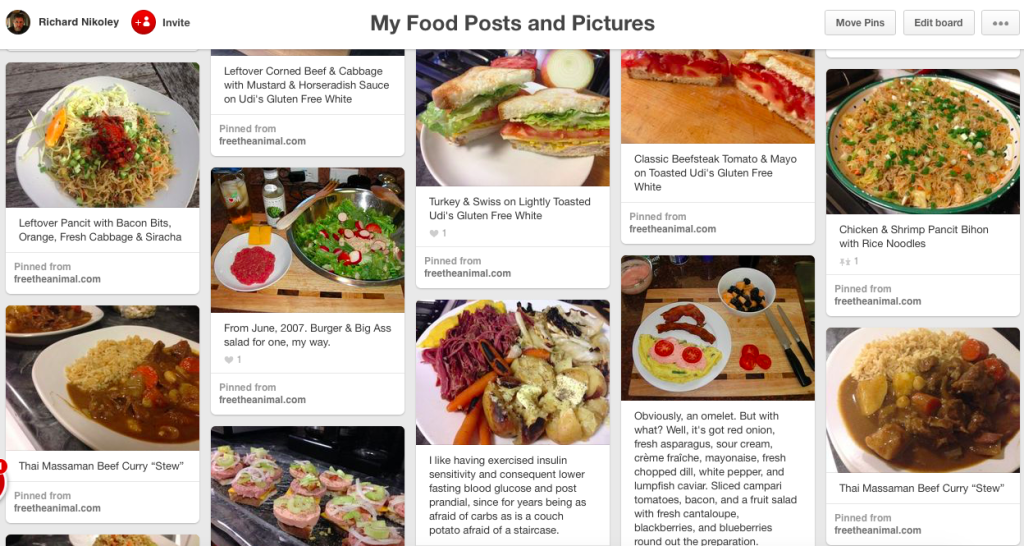 While I’m pretty satisfied with what I did—and most most dishes were my own creations—it just lost its appeal over time. I began to sense several problems, not unlike the massive upsurge in marketing and all manner of foodie blogs with tantalizing recipes. Well, for one, I think the community lost something when it went from seeing food I and others were cooking in their own kitchens, to stuff being done in pro kitchens and photographed in pro conditions.

For another, it begins to create silly standards for what paleo food is. And yea, I fed into that, because I published my best stuff and I went to lengths I’d not have gone to otherwise because I knew I’d be publishing it. It went from slightly less than genuine to completely staged and fake everywhere.

I don’t begrudge anyone capitalizing on any of this, I understand the value of luring those who might not otherwise be interested, and as I age, I’m trying to force myself to be more inclusive. So, it’s just a humble voice of some measure of sorrow speaking to you.

Maybe paleo changed, maybe I changed, but most probably, we both changed and it was in opposite directions. There’s just almost nothing about it I can find really exciting, anymore. It seems to continue to advance ideas that have been superseded in terms of new science and plain old experience by lots of folks out there, including myself. There are decent exceptions, Mark Sisson being one of them. He may not evolve as fast as I or others might like, but compared to Shiite Cordainism—where it was written in The paleo Diet in 2001 A.D., and scripture never changes—it’s a world of difference. So, there’s that.

I chose to focus on food preparations and their pictures to address the wider ideas I’m talking about here because it’s fundamental to the whole thing. We have to eat, almost daily, usually multiple times. And that’s where it became tedious. Continuing to pump out elaborate dishes so I can blog about them and convince people that they can go paleo because “look how awesome this is and you lose weight and get healthier.””

And that’s fine, but it doesn’t need to be that hard. Somewhere, there should be a paleo 1.0 Forever book. Maybe mine comes close.

What I want to do and see others do is blog about really simple food. How’s that for inclusiveness? How about soup? There’s tons of stuff and I’ll touch on some ideas in other posts during this blogging marathon.

If you’re enjoying this and have shopping to do, please consider hitting this Amazon link for your shopping. That’s all you have to do. When you do, it creates a perfect win-win-win. Rather than peddle some specific product to you, just buy whatever you like, need, or wish to gift. You win. Amazon competently gets it to you in a day or two, so Amazon, the producers, and suppliers win. At no additional cost to you, Amazon gives me 6-8% of the purchase without adding a single penny to your bill. Even if you just pop it in your cart, I’ll still get paid when you decide to check out.