Revisiting Cold Therapy With Ray Cronise: Extreme But Acute Vs. Mild But Chronic

I had never known what it was really like to be really damn chilled to the bone all the time, in nearly 55 years of life.

What has really convinced me of this is not myself, who got really enamored of all this, way back, when I first saw Ray Cronise’s TED talk—because it was in Tim Ferriss’ book—then started chatting with Ray and exchanging emails. I happened to have access at the time to a gym with a cold plunge they maintained at 45-50F. I built up from 3 minutes to 12-15 minutes, nude. I was The doG. But I never noticed all that much from it beyond the short-lived euphoria, just figured it was probably a good thing to do, like popping a particular supplement or something.

Of course, that all led to a real conflagration of sorts, if you recall the Jack [C]ruse debacle, and accompanying drama I doubled down on, at the time. What has convinced me far differently, this time, is my wife Beatrice, who never even tried one of my many cold plunges a single time. And now, this Latina, who was given to complaining about how she felt cold in a house heated to 74 F, is walking around in light clothes when it’s a damp 45 F in the trailer. She hasn’t complained a single time, and she’s never curled up shivering. What gives?

I still can’t quite believe it. A good chunk of my life has been squandered in entertaining the various and sundry complaints of the female version of our species lamenting some lack of heating. Is she comfortable, now, living in 40-60 degree ambient temperature all of the time, nothing more than that? Of course not, but it’s asking the wrong question. The question is, can she do it without intolerable discomfort or displeasure, and without nagging me? Can she set it aside rather casually, given the tradeoffs we live by?

Like, I’m gobsmacked here, but the answer is a resounding YES! And in case you think she’s some submissive thing, she shovels me with other shit plenty often enough. Not once about this. We even have two heaters. We’re just not using them. I got a Mr. Heater Buddy last week, but we’ve only used it once, over morning coffee outside, a couple of days ago. The other is a gas heater with electric forced air for the trailer. Draws too much power we’d rather use for other things, living off-grid in an RV for fun, as we do. As an aside, here’s an update I posted to Facebook this morning.

Off-power-grid update. Well, adding the two more batteries and two panels really did the trick. First stress test. Solid overcast for two days, with rain most of the day Sunday and yesterday. Minimal power from the panels, like 1.5 amps sometimes with occasional spikes.

Had the 32″ LED HDTV on from 10am to 9pm solid on Sunday. Even got to watch the SF game on Fox (broadcast), otherwise Netflix & the like, via radio internet. Bea & I also had both our laptops plugged in, and also charged two iPads and two iPhones, and a cordless vac. Had lights on when it got dark, and of course there’s the pump when you turn on the water.

Last night, with battery reserves getting lower, only watched a couple of hours of TV, but charged devices.

This morning, while batteries are in the yellow zone, still getting 12.1 to 12.2 volts out of them, depending on load.

…Oh, at sometimes on Sunday, in the rain, I was looking at the charge controller and with everything going, we’d be drawing 10-12 amps with spikes to 15, at the same time zero charge amps were coming in. Very cool to last that long.

So that’s why we’re becoming naturally cold adapted through mild, chronic adaptation, rather than acute, extreme exposure. Why we’re doing it at all is a long story for another day, but short story is that a house we were moving into in early August, on a 5 acre property in the east hills, with a $2 million view, burned the night before we drove up with the last load of furnishings. Now we’re off-grid dwelling, property caretakers in a 30-ft RV while it gets rebuilt. That’s how much we love and were committed to the place. 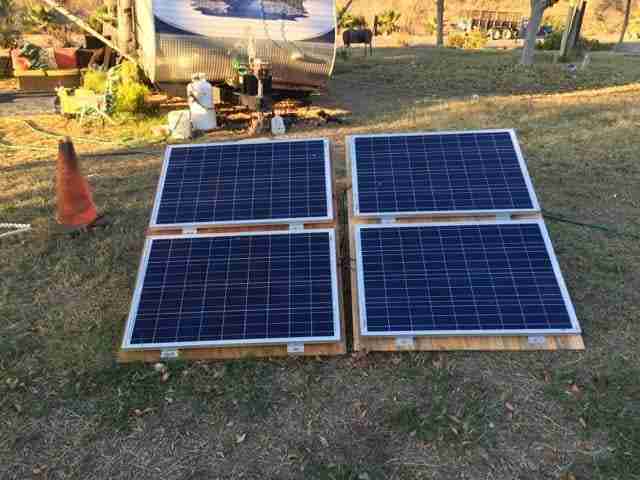 I also built a fire pit. 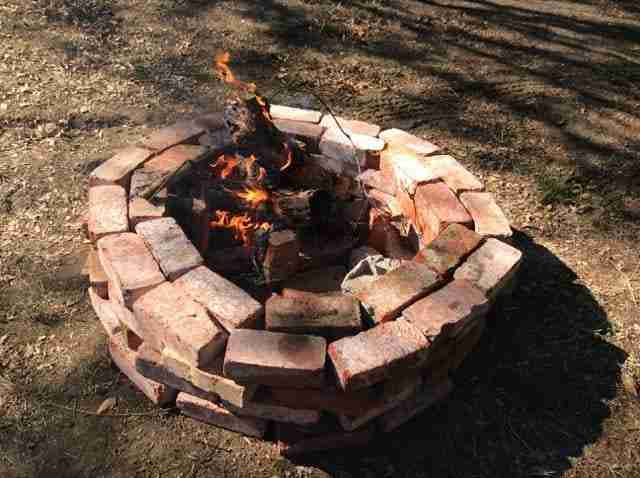 Aesthetic enjoyment, mostly. After building fires two mornings in a row, decided it was too much trouble and since, just an evening now & then.

So now let’s talk about my friend Ray Cronise. In emails just last week, where I asked him about this cold adaptation we’re experiencing, and how mild chronic seems way more powerful than the extreme acute I’d done before, he confirmed it emphatically. In fact, he told me way back in terms of water—that it was better to swim in 70 degrees for a good while, than spend 10-20 minutes in extremely cold water.

But first, let’s have another of his friends, Penn Jillette, clue you into what’s up with Ray right now, how you can help if you like, and get something in return. Penn lost 100 pounds in 3 months under Ray’s supervision.

So, to give you an idea of the success of this Kickstarter, with its 520 backers, Ray is at $55,000 of his $10,000 goal, with 32 days left in the campaign. Don’t let that dissuade you, though. The extra money will be put to good use, and you can buy the book with a level of donation.

Ray and I have had a really good collaborative exchange for a while. I still recall the first phone conversation in maybe 2011, where he was all on about starchy tubers and I was all on about the nutritional density of ruminant liver. We mostly dismissed each other. Ray said he was going to eat some liver. I said I was going to make some potatoes.

Over the years that followed, he’d clue me in as to what he was doing with the fancy machines he’d invested in, like a super expensive lab-level calorimeter, where he could actually make measurements for energy expenditure outside a closed chamber, so he could put himself and other subjects into different situations and measure caloric expenditure. Cold water was only part of it. Sleep, exercise, cold stress, heat stress, overfeeding and underfeeding were all part of it, and more.

We’d argue about diet, sometimes heated exchanges. He’s more of a starchy-plant based guy and at the time, I was trying to tell him it didn’t make sense from a time preference perspective, since animals are far more nutritionally dense.

But then I discovered Tigernuts, a C4 Grass/Sedge-based starchy tuber that has the macro-nutritrient profile of mammalian milk, and edges out red meat in terms of micro-nutrients. Unlike 100% of the rest of the paleo community authority-voices, I didn’t ignore them as they do to this day, 100% of them as far as I can tell. See, it’s way too inconvenient, and to even whisper their reality in the scientific record is to potentially undercut their whole narrative as man the gras-fed, grilled ribeye-steak hunter (with a side of avocado mash).

But here’s the rub. If I’m going to get in Ray’s face about time preferences, then to be honest and consistent, I have to integrate the fact that Tigernuts can completely sustain a hominoid, they are vastly plentiful, growing like weeds, and a full day’s nutrition can be harvested in a couple of hours with no risk or hunting. Baboons do it to this day, the fact of which led to the integration of C4 isotopes on other hominoid teeth—wasn’t grass, or eating animals that feed on grass, but the densely nutritional tubers.

So there you have the very start of where I began to diverge from the general paleo narrative, and it happened to correspond with things Ray and I had been discussing all along; and this, boys and girls, is science, not marketing paleo goodies in bags and boxes with free shipping.

Hope you see your way to buy Ray’s book in the making, in advance, and help him get every last bit of science and checking and re-checking done and into it that he needs to. Please. I am absolutely confident that when you see the final result, you’ll be really proud to have contributed to something that’s all about the science and only about the science, for once. And it’s original science. He’s conducting it himself, in his own lab, with his own equipment, and not just giving you a list of 200 references out of 2,000 possible, that happen to correspond to the narrative he’s peddling.