Last Post of 2015. My Big Blogging Focus Change for 2016: A Little Civilization; a Little Science

Over the past couple of weeks I’ve done more thinking than writing, since they’re mutually exclusive 🙂 What very little I spew has been primarily done on my Facebook profile. While it’s merely an outlet—a pressure relief-valve—ensuring that I don’t just litter this blog with each of a dozen outrages per day, it has proved somewhat useful.

It helped me to flesh out fresh meat on land, and blood in the water. I am by nature an iconoclast. I’m not happy unless you’re not happy. I see the world as a vast wasteland of bullshit that needs proper sanitation procedures and the fact that so many 2nd-handers lap up so much of it is worrisome…because they vote and otherwise influence public policy, which harms lots of people. …And not on the basis of discovery, facts, enlightenment, reason…but rather the opposite: alarmism, entrenchment, turf protecting, rent seeking, prestige, influence, grant whoreing, consensus driving, privilege, punishment and retribution for “deniers.”

“The whole aim of practical politics is to keep the populace alarmed (and hence clamorous to be led to safety) by menacing it with an endless series of hobgoblins, all of them imaginary.” — H.L. Mencken

I think the dietary wars, generally stated, have peaked. Average folk are enjoying their meat and fat again, obsessing less about cholesterol, and butter now trumps shelf space over whatever it is they call that fake crap. Perhaps I played a small role in that, going back to 2008 when I took it on and built a respectable readership; or perhaps, I just encouraged and promoted others who had more long-term designs on the project. I made many missteps along the way, got obsessed a few times too often, went after some targets I regret going after as I did. In the end, I guess I was bored and began looking inward to cure deficiencies I perceived within the general ranks, when I had always made a point of focussing my energies outward.

I didn’t even blog a word about that recent “study” that said bacon is worse than cigarettes (or was it cancer, or both…I forget). To me, it’s pointless. It’s like trying to take down a study that warns against weekends in Vegas. Bacon is about the dumbest target ever.

At any rate, I’m probably done with bothering to synthesize stuff having to do with saturated fat, cholesterol, high fat vs. low fat, low carb vs. high, etc. What I will do is blog about the joy of real food, and with treats being treated like treats—as everyone used to seem to understand, and so named them. It’s not “moderation in all things,” it’s presence of mind in all things, and that means you use your brain, get good food, usually cook it at home, relax, enjoy a life.

So, to sum that up, I really have no dog in the fight anymore over what particular style of real food you like best and work with the best. High fat or protein? Some of my meals and days are like that. High carb, low fat? I like the potato hack for a few days now & then. Ketogenic? I fast now & then. So I think the “war” is perhaps nearing an end as all-out war, and continuing battles are a distraction, for me.

There’s also the microbiome, of course, and a hopeful eventual book. But that science is pretty damn decent, has few detractors, and is moving along fine without my help or hindrance. I’ll touch on it and work behind the scenes mostly.

Well, you can include #3, as you’ve probably already guessed. My approach intends, at this point, to be historical. I’ve been reading a lot, from lots of sources. It turns out that it used to be the case that Muslims fooled no one. Certainly not Sir Winston Churchill. He had personal experience, see. 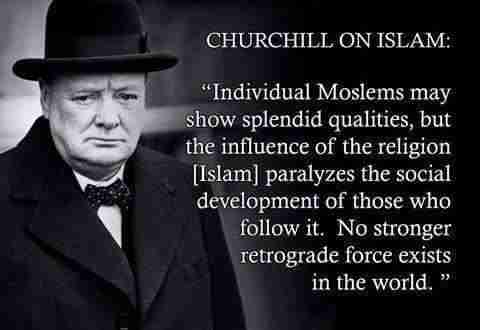 I’ve tested various forms of outrageous expression on Facebook, and while I truly adore the goat-fucking, virgin-until-rapist, pig-vomit dehumanization of Muslims approach, it appears people aren’t yet ready to share or click “Like” on that stuff, so I guess I’ll need to build up to it by juxtaposing historical happenings with the exact same happenings today. In other words, we confront a force hell bent on conquest and utter dominance, that’s essentially unchanged in 1,400 years: The True Muslims.

There’s blood in the water, here, when Arab, Indian, and Pakistani friends I’ve known forever tell me in hushed voices: “we have to nuke them!” …And even some older leftie Democrats I know. They’ve seen this kinda shit before, and where it can lead.

…The social justice wars just aren’t for me as a blogger. I’m way too prone to use the word “cunt,” and it just undercuts any message, no matter how insightful. I’ll touch on it maybe, from time-to-time, but keep it to ‘just the economics, ma’am.’ Besides, could there be anyone better than the flamboyantly gay, smart, witty, and funny young man, Milo Yiannopoulos, to take up that charge? There are others, but this guy sucks all air out of all rooms.

…And besides, when I see students at Yale possibly signing a petition to repeal the 1st Amendment to the U.S. Constitution in absolute sincerity, I lose all desire to help them or any other social justice warriors to see the error of their ways. I prefer they all find out the very, very hard way.

So, finally, we come to climate change. Here is where my focus over the last few days has landed, and I was giddy last night at the prospects, because I see it roughly in the same way as I saw the dietary wars in 2009. It’s going to come crashing down. And probably, far harder than mere evidence of lots of butter on supermarket shelves and grassfed beef behind the meat counter. There will be lots of opportunity for gloating and ridicule, so this is a bet with a potentially big payoff, for me. Moreover and en plus, there’s the added potential satisfaction of denying the ideological communists another place to ply their utopian ideals. Where do you think they all went in the early 1990s, when their doctrinal Holy Grail of Lysenkoism failed of its own pseudoscience and consensus?

Actually, way back before 2008/9, when I shifted my blogging focus to health and diet, I used to blog now & then about the global warming movement. I was pointing out in 2006 that the whole thing rests, quite implausibly, on Co2 setting off a positive feedback (trapped water vapor), where nature is dominated by negative feedbacks.

Anyway, I’ll not let the cat out of the bag because my next post will focus on this. I trolled the Christopher Hitchens Appreciation Facebook Group. As it happens, it’s not particularly what one might expect, on a number of levels, but that’s neither here nor there. Anyway, I engaged this climate cowboy, Blair Ericsson, of San Francisco, who apparently “studied” at Carnegie Mellon University and used to be employed writing and directing for a film, Banshee Chapter, which I’m sure everyone has heard of. 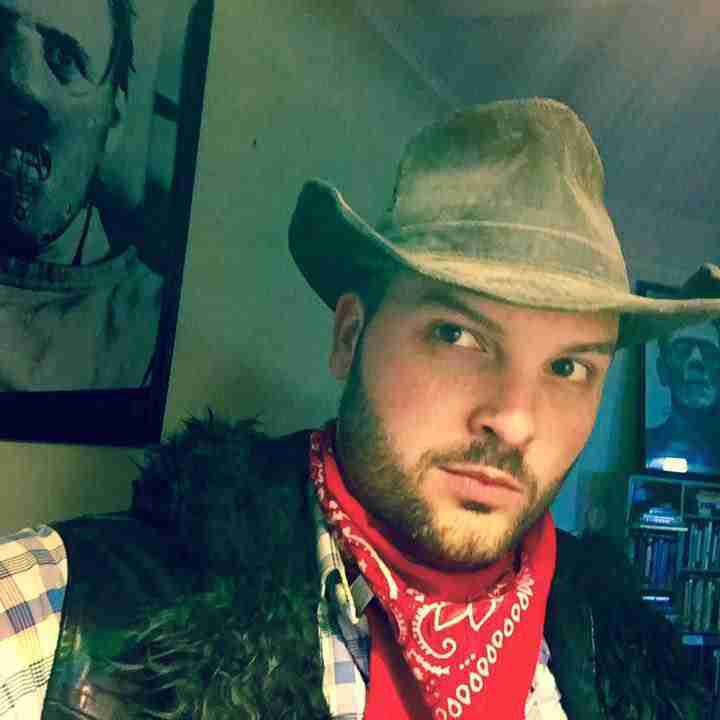 Turns out he’s rather perfect in terms of being representative of what you’re going to find in the climate debate, because it’s on-the-money what you saw in the dietary wars in various discussion outlets. He uses pretty much every logical fallacy in the book, never discusses facts, data, or hypotheses directly—to at least give you an idea he understands them rather then sycophantically regurgitate what people he agrees with told him.

You get to decide for yourself, of course and as always…no yes-men sycophants here, but the threads is: More Americans were killed in Christmas weekend storms this year than in Islamic extremist attacks since 9/11 (the conflation of the natural/physical with the man-made seems to have escaped rational notice, which upon reading, you may find as no surprise).

I haven’t checked thoroughly, but two additional post by me, along with comments, appear to have been removed from the group, which of course is VERY SHOCKING!

Alright, onto promoting pseudoscience and Alex Jones-syle conspiracy theory, up next post.