Those who’ve been around for years recall some of the more elaborate stuff I used to do. I haven’t managed to get a lot up on Pinterest (a project that’s a few minutes here, a few there), but a good bit so far, including some fairly creative though simple stuff.

Remember when KFC came out with the Double Down sandwich? I did it way better. 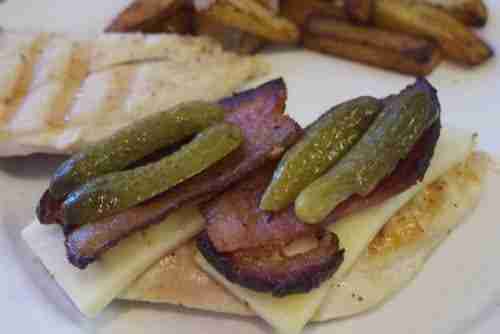 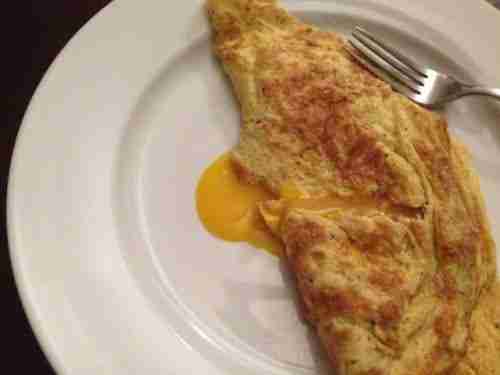 So here’s the last few days. The theme? Stop going to restaurants all the time. Dump the fast food. Get decent stuff and make it at home. Simple is usually better for most. Keeps you in the game.

So here’s some recent stuff. 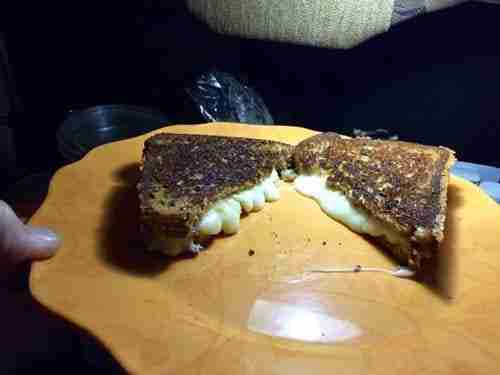 Basic Grilled Cheese, done the old fashioned way, in a skillet. A bit of soft, unsalted, Kerrygold Irish Butter spread lightly on the outsides. I think it was basic Jack cheese. 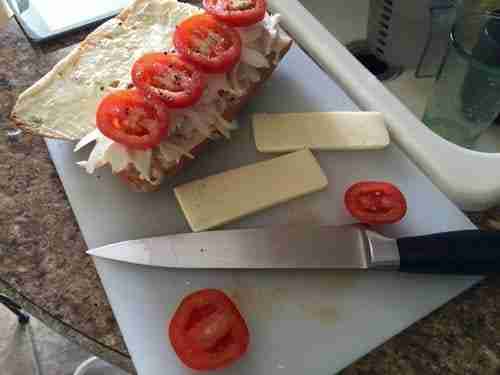 Got some nice baked turkey (not smoked or cured) at a deli, as well as a traditional Fench baguette. Also, Roma tomatoes, onion, and Swiss cheese. 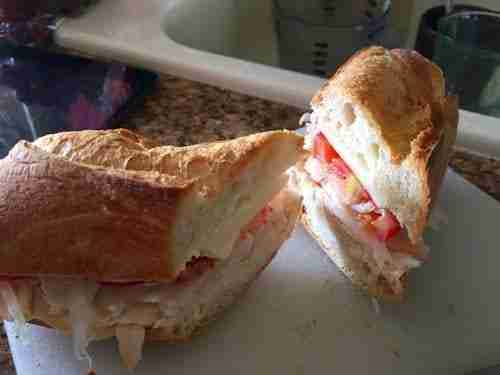 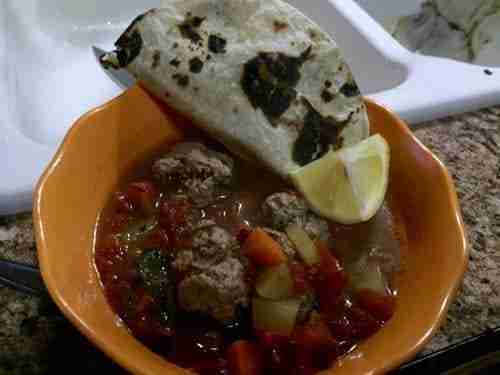 Beatrice made Albondigas a couple of nights ago. Very spicy this time. Yep, that’s a lemon wedge and a partially charred corn tortilla. It’s the Mexican way. 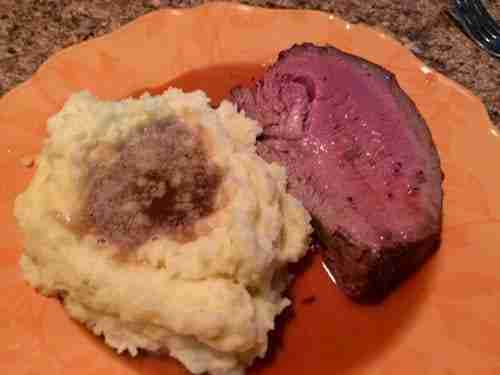 I decided, for NYEve, since we’d eaten so luxuriously, to play around with a simple sirloin tip roast @$6 per pound. Same process as prime rib. About 200-250 in the oven, low & slow, bring it up to 123F internal. Exactly. Let it rest, then I finished the unappetizing-looking outside by putting a lot of butter in a skillet, getting it hot, and turning the fucker until it looked great on the outside too. The sauce is a reduction of unsalted and unseasoned beef stock from 1 quart to 2 portions of 1/3c each. Then you season.

OK, well, I just made a crazy good 1/2 sandwich from the leftovers of that last, but I’ll save the principle particulars for another time.