My best friend ever used that Hockey Stick in his second book, even featured the graph. This was in 2005. 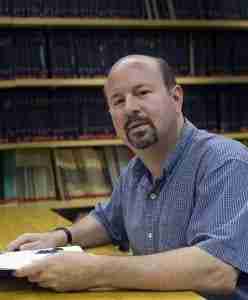 On the other hand, Michael Mann, inventor of the hockey stick, has very serious problems. Him, I don’t know. He’s easy to hate and loath. Wikipedia:

Michael E. Mann (born 1965) is an American climatologist and geophysicist,[1] currently director of the Earth System Science Center at Pennsylvania State University, who has contributed to the scientific understanding of historic climate change based on the temperature record of the past thousand years. He has pioneered techniques to find patterns in past climate change, and to isolate climate signals from “noisy data”.[3]

As lead author of a paper produced in 1998 with co-authors Raymond S. Bradley and Malcolm K. Hughes, Mann introduced innovative statistical techniques to find regional variations in a hemispherical climate reconstruction covering the past 600 years. In 1999 the same team used these techniques to produce a reconstruction over the past 1,000 years (MBH99) which was dubbed the “hockey stick graph” because of its shape. He was one of 8 lead authors of the “Observed Climate Variability and Change” chapter of the Intergovernmental Panel on Climate Change (IPCC) Third Scientific Assessment Report published in 2001. A graph based on the MBH99 paper was highlighted in several parts of the report, and was given wide publicity. The IPCC acknowledged that his work, along with that of the many other lead authors and review editors, contributed to the award of the 2007 Nobel Peace Prize, which was won jointly by the IPCC and Al Gore.

How impressive is that? Personally, there’s no such thing as being “given [bad] wide publicity.” It typically brings out the best in all of us. Hasn’t that been shown to be true over and over?

…Something hit the dark newslines a few days ago that you never see unless you’re looking. It would never hit the mainstream and in fact, so far as I know, the fact that Mann is quite defensive and litigious towards anyone questioning his research doesn’t hit the mainstream either.

You all got the Hockey Stick born of noisy data, published with innovative statistical techniques, reconstructed, and laid in your laps via wide publicity. There’s that.

Via Principia Scientific International. While it does require letters to write it out, not ABC, CBS, nor NBC.

Here’s the thing. That was actually published two years ago, February of 2014. If you actually read it, it’s quite devastating if you have any business-legal background. We’re 2016 and Mark Steyn is still complaining that Mann’s defamation suit against him is entering its 5th YEAR of pre-trial. Did you get that? FIVE YEARS of pre-trial.

…It reminds me of when Jerry Brown’s office as California AG came after my company this time of year, 2006. An investigation. I hired Gray Davis’ law firm, Loeb & Loeb, and after about three years and a half a million dollars at $450 an hour, I never heard from the AG again. It minimally allowed me time.

At this point, it’s tough to know anything about anything. What is known is that all of Mann’s defendants want to go to trial and so far, the courts are taking a wait and see approach.

This is why the Hockey Stick is more important than ever.