I do like football, even though the 49ers suck because of woefully stupid owners who have ambitions such that they’re willing to fuck a team and its fans in order to give ultimate impressions that they have a clue as to what they’re doing in terms of being a winning football team. They make lots of money, though. There’s that.

Because we live off grid on solar and battery, we get most TEEVEE via Internet. We get a couple of the major networks via antenna. Not CBS, though, but we wanted to watch the SB. But, we didn’t want to go to a sports bar, didn’t want to go to an SB party. What to do? Well, because we’re vacation rental owners ourselves and grok the gig, Beatrice went on VRBO Saturday night and found a place for us and three Goddies, 45 minute drive away, in Aptos. 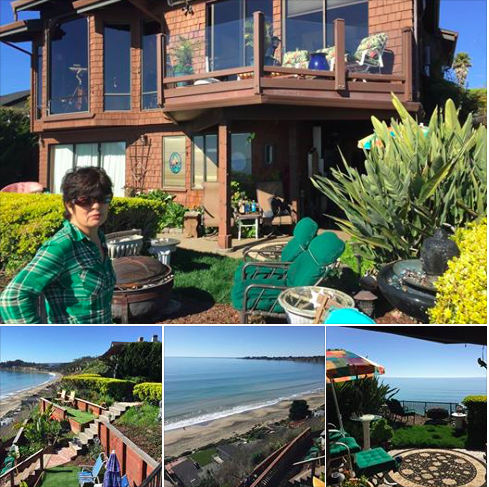 Notes on the game:

Finally, James Corden of the Late Late Show and Elton John had me in tears of laf. Good job, mates.