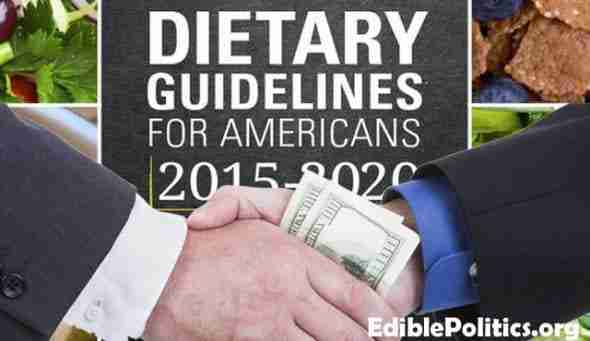 Mike Eades’ latest post is: Will the new Dietary Guidelines make us even fatter? Read it. When I saw the feed notice of it, I figured oh, another food policy post. I’ll check it out later. After the years of saturated fat and cholesterol battles with various low-fat and vegetarian zealots, food policy is just one of those things that tends to make my eyes glaze over.

I’m glad I didn’t wait long to check it out, because it’s not really a food policy post, but something quite different and special.

Just another bit of “housekeeping” first, since I’ve been getting questions via Facebook after praising this and other posts, and I can no longer recall what I’ve written here versus there, or what to whom. So let me just come clean with the story. It was about a year ago or so (this was shortly after the “How Many ketogenic Inuit Can Dance of the Head of a Pin” wars that got a bit personal) that I got an email from Mike saying ‘hey, we can still keep the guns blazing, but MD and I are in town, wanna have lunch?’ Quite the gentleman, eh?

So we did, and we laughed a bit about the futility of holding grudges, and we’ve since been good email correspondents from time-to-time. Thing is, we have significant crossover interests and experience in terms of business, government regulation, and consumer-protection enforcement and such, and our “libertarianish” political views have crossover too. So, we’re actually rarely talking about this diet stuff.

Last May, once my Mexico excursion was planned, Mike invited me to lay over for dinner and a bed at his Santa Barbara pad for the night, on my way down. Great SousVide ribeyes cooked to perfection by MD, from their favorite LA butcher. Lot’s of Caffè Americano from Mike’s espresso machine and on-demand hot water system, too. Had a great time and we continue to email each other interesting stuff we find.

So there you have it, and onto the post. First he discusses how the steep rise in obesity begins around 1980, and juxtaposes that with total energy consumption amounting to an average increase of 350 calories per day which, broken down by macros, is accounted for as 65 / 24 / 11; carbohydrate, fat, and protein. Importantly, note that as a percentage of total calories, fat intake actually decreased over these decades, no doubt, owing to food policy and dietary guidelines. Keep that in mind for later.

Not sure I find the total caloric input that meaningful. Bigger people eat more, just like 15 year olds eat more than 10 year olds. I haven’t tried to break out the numbers, but it seems possible that the higher intake is a response to greater obesity, not a cause.

Here’s were it gets interesting. An excerpt to wet your appetite.

As you might imagine, my bias falls in with the notion that the increased carbs are a major force in the hugely increased rate of obesity. You might be surprised to learn, however, that I’ve always had a little niggling doubt that carbs alone were the cause.

Why have I had niggling doubts? Because of observations I’ve made over the course of my life.

When I was a kid growing up in the rural Ozark Mountains, everyone I knew ate sugar. A lot of it. Everyone, and I mean everyone, ate bread at every meal. As far as people then were concerned, it really was the staff of life. Same with potatoes, though they weren’t eaten at every meal. People celebrated holidays and get togethers with pies, cakes, cookies, brownies, cupcakes, etc. Most folks started off their day with a bowl (or two or three) of hot or cold cereal with milk and sugar on it.

I watched my own grandfather eat his breakfast every day while I was eating my cereal and toast. He started off with a big glass of prune juice – which I can’t abide to this day – for regularity. Then be broke into small bits two pieces of buttered toast and put them into a big glass of buttermilk. He threw a few spoonfuls of sugar on top, then mashed the whole thing around and ate it. He finished off with a cup of black coffee. Other than the coffee, it was not exactly a low-carb breakfast. But he was thin, as was most everyone at that time.

Similar to my experience, and I’ll bet for a lot of you who were born before 1970. I don’t think I can recall a single instance of anyone saying “you’re eating too much,” or, “that’s too much fat.” All I can remember is classic stuff like “you’ll spoil your dinner” and “save room for dessert.” People just ate food—mostly at home—and food had a rather sacred status; and while there could be seen mild plumpness here & there, not much obesity. Importantly, leanness was the norm. Go back to the 40s, 50s, and 60s and almost everyone was lean.

Mike goes on to break down the fat makeup and to nobody’s surprise—and remember where I said to keep it in mind, above,—even though total fat decreased, the composition changed radically, with a huge decrease in high-saturated animal fat and corresponding huge increase in high-polyunsaturated vegetable and seed fat. He also ties in the prevalence of eating out vs. eating at home.

Here’s where I have a bit of a quibble. I think the engineered food industry is a contributory piece of the puzzle too, and for exactly that reason. So perhaps not in the sense that it’s engineered for you to consume more because palatability and reward, but because so many of these products also contain these same oils. So, from what I see when I look at shopping carts full of pre-prepared, packaged, frozen stuff that fills them, to the extent that they contain fat—apart from the few grams of actual, processed meat—it’s going to be some vegetable or seed oil abomination. So, in other words, I’m kinda adding a precision to Mike’s point. They’re eating “in,” but in effect, eating out, and consuming the same crap they’d get in a greesy-spoon diner or fast food that uses the cheapest stuff.

The next couple of sections focus on the biochemistry and metabolic pathways to argue why the shift from animal fats to vegetable oils is fattening in humans. Perfect geek stuff and I’ll leave it at that for you. Go take a look.

So now comes the principle tie-in, or dot connecting, which is the new dietary guidelines. While I’ve seen a lot here and there to suggest that there is an easing of the low fat dogma, all is not what it seems, as Mike runs down. However, it’s impressions that stick with people and that’s definitely the impression. And if food manufacturers find that they can make their product a bit more appealing or competitive by some cheap craftiness with soybean oil, and LOW IN FAT on the label is no longer a perceived plus, then they’ll do it.

And if the foregoing analysis is correct then once again, the dietary guidelines make people even fatter.

In a follow-on post, I’ll outline how I treat fats at home and abroad, now and have been for some time.