Will The Muslim Menace Wake Up Western Europe?

“I studied the Koran a great deal. I came away from that study with the conviction there have been few religions in the world as deadly to men as that of Muhammad. So far as I can see, it is the principal cause of the decadence so visible today in the Muslim world and, though less absurd than the polytheism of old, its social and political tendencies are in my opinion to be feared, and I therefore regard it as a form of decadence rather than a form of progress in relation to paganism itself.” — Alexis de Tocqueville (Letter to Arthur de Gobineau, 22 October 1843)

Seeing an awakening enlightenment of Western Europe has pretty much been my principle obsession for weeks, to the exclusion of a lot else, including personal hygiene. On the heels of this post last week, I don’t think I’ve had such a volume of communique action from over there. I like them all, but some folks really know how to grab my attention. 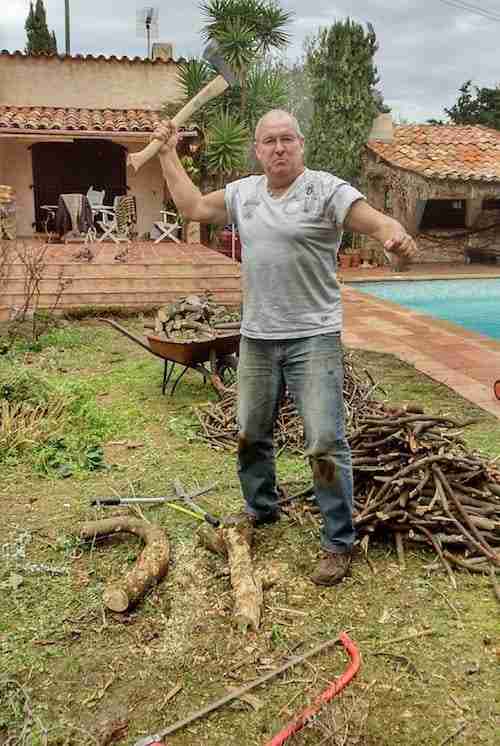 I know he’d prefer guns because he told me so, but that’s not allowed; so, he’s left to create something of almost caricature value. But, juxtapose that 59 year-old-man who’d make front-page news protecting his daughters, with those adolescent Muslim wankers in their Ninja masks, always grouped together like a bunch of ants or bees. Or, the ones in Germany who come 1,000 strong, in order to molest a couple of hundred women—pretending to act courageously, on a set of values and principles (domination and rape).

It’s a juxtaposition between punk animals, and men. It’s a contrast between primitive superstitious rage, and enlightened self control. It’s the difference between unbridled danger in the male gender of the species, and civilized gentlemanliness—cultured over centuries by reason, logic, art, literature, and jurisprudence.

I think that’s about all I have to say right now. So far, signs are good. Sweden is fed up enough to start deporting, and Swedish men just beat the shit out of people who look Muslim (this is a natural consequence). Frenchmen beat the shit out of a bunch of Muslim squealing girls the other night, who appeared to look male.

There’s too much going on to catalogue here, nor do I care to. Right now, the top social media item in America is that there’s a fat version of Barbie, so that lean young girls can understand what their poor fat mothers are going through, or something. Or it makes feminists happy, so they can turn their attentions away from the uncomforting realities of actual rape in a multicultural, “progressive” progression.

Or, they’re just all fucktarded stupid and any distraction from that obvious conclusion will do.

…Oh, BTW, glad Al Gore was wrong about climate doomsday, on my 55th birthday. Shit, would have been just awful to miss that, though doomsday is always a close second to birthday, for me. Not to worry, though. The renowned geologist and climate scientist, Prince Charles of his Queen and Mother’s Court, has extended the deadline out 35 years—perhaps to be assured he’ll be dead and won’t have to keep facing the ridicule.

Alright, is that enough?