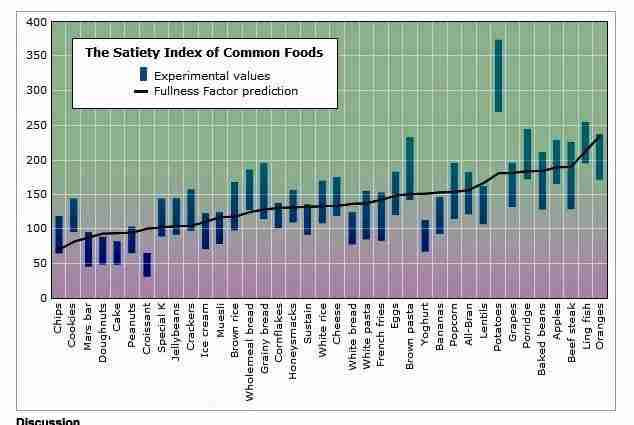 Petro Dobromylskyj aka “Peter,” has put up a post that I think is wrong but I also think is very cool and essential to understanding where we’re going. I’ll explain. First of all, nobody will ever match Peter’s ability and drive to get to the atomic level of biochemical deconstruction, and it’s essential that we have that. It tends to sort out a lot of unwanted debate debris from the get go.

From the Protons point of view the relatively low carb BMP [boiled mashed potatoes] and FFF [fried french fries] are supplying glucose from potatoes to drive complex I. However butter also supplies FADH2 at ETFdh, so generates a resistance within adipocytes (and elsewhere) to an excessive insulin facilitated calorie ingress during the period of maximal blood nutrient levels. When calories stop falling in to adipocytes, satiety kicks in. Using FADH2 this happens after eating 508 kcal. With FFF based on canola oil, ie potatoes steeped in 18 carbon omega 3 and 6 PUFA, the beta oxidation generates a much lower input at ETFdh (one less FADH2 per double bond) and so insulin sensitivity at peak nutrient uptake is maintained for longer, fat pours in to adipocytes for longer and almost twice as many calories are consumed (912 kcal) before satiety kicks in. I expect satiety to rise as blood nutrients rise. Not sequestering them in to adipocytes seems the best way to do this. More physiological insulin resistance. I’m guessing the brain does the actual sensing of both glucose and FFAs.

See what I mean? Peter goes on to suggest, as I understand it, that the principle driver of the differences we see in satiation in a meatball meal, combined with different carbohydrate side dishes, is the butter used in preparing the mashed potatoes. I did blog about this.

Here’s where I’m at. I’d buy it—and I trust Peter is honest in his biochemical deconstructon—if we’re talking about a 5-10% difference in satiation, measured by how much subjects consumed in entire meals with different carb-based side dishes with various added fat. But we see 30-40% difference with potatoes conspicuously and uniquely, and over some healthy child test subjects.

You can decide for yourselves. In various comments here & there, it’s suggested by interlocutors that a potato lobby was participatory in funding the study, and I’m sure there’re no buttery fingerprints anywhere. Nonetheless, funders can never be dismissed out of hand, on all sides and always, goes all ways—just wait. On the other hand, chalking up a 30-40% difference to butter rather than to Occam’s Mandoline and then dismissing it by whose pockets, has me, at least, wondering just whose faces are colored redder, and whose pants are shorter.

Do we have other data to help us figure out who’s the least wrong?

Well, regarding previous trials, there’s this. Don’t have a clue about any attempts to discredit the work, yet. Perhaps later. We can always hope. Maybe someone who loves potatoes will hit the tip jar, unsuspectingly tanking the whole deal because someone reached into one of two pockets—and science ought only get done for “free.” If anyone paid people to come to work, dismiss it. Right? Or what? We prefer to have all employees working for a single-paycheck-provider? Will that make everything OK? We could, then, all have one single whore-voice we could, then, all rally behind.

So, what’s more likely? There’s something about potatoes, or is there just something about butter we just can’t figure out, like how satiating a baked potato becomes because of the butter, sour cream, bacon bits, and chives? Yes, when you triple the calories principally via fat, it will indeed be forced into satiation parameters. This is a win?

Here’s what I see in comments here and at Tim’s. There are hundreds, perhaps thousands of people doing this DIY at home, no added fat as recommended to start, and they report in our comments.

This “study” was funded by nobody but me, the ex-Navy Officer, and Tim, the retired Air Force Chief Master Seargent. We have a sincere desire to get to the fucking bottom of a lot of bullshit, military style. Your countries are in good hands. We eat our young, Darwinian style, which is the unique aspect of military competence. The best and brightest do truly rise. You’re witnessing it. …Well, at least, that’s how it used to turn…

For myself, I went for a week of plain boiled potatoes with nothing but salt and/or malt vinegar.

I lost 13 pounds in four days, 17 in a week, and rebounded 10 for a net loss of 7 by day ten, three days after returning to normal eating (understandable, right, given caloric deficit?). No alcohol confounder. I was dry three days before starting and it continued for days beyond my test period.

Other people have similar and different results. Long Time Low-Carber is Finally Successful Shedding Vanity Pounds on The Potato Diet. Among many other things in that post:

Hack #2 – two days, similar food items as before + BCAAs. Again, focus was on cooled RS taters to satiety, minimal condiments and fat. 2.5 lb first day, around 2 lb the second day. End weight 136. Size 4 jeans now fit perfectly, even slightly roomy in the waist. In deep ketosis (80mg/dl dark pink) on the morning of day three. Haven’t been able to achieve that in many years no matter how high fat or low carb I go. Frankly, felt a little lightheaded but wasn’t BG; tested and it was neither hypo or unduly high. Almost like I was losing too fast. Fluid and sodium intake was good in case you’re wondering.

Lets’ be fair. Her deepest level of ketosis ever is a consequence of evolutionary ketogenic adaptation. She just confirmed what ketogenesis is really all about. Get it?

It’s in a comment, which is linked—but you’ll have to go through many posts over the last few months and even hundreds of comments from DIYers, if you have any genuine interest…I’m not going to help beyond this simple lifeline. I truly don’t care, except to care enough that I’d prefer to see lots of good folks expand thinking a bit. I think you know what I mean.

I’m just trying to be less wrong, in a contest against many others who, even over the space of time, insist they have always been right. In my worldview, I have the downhill battle.

But I do not want to quibble with Peter unduly. If you add some butter to mash and make it 1,600 calories instead of 1,200 plain and dry with far less pleasure, then go for it. What? You’re going to complain it takes a few weeks longer? Taking Peter’s post at face value, he has given everyone the green light to use some mashed potatoes and a little butter as a weight loss hack.

Look, you have Perter’s stamp of approval, so far as I can see. 😉 It’s a way more weighty stamp than mine.