I have crazy amounts of fun since incorporating plain old and lots of potatoes into my daily fair. The Funny thing is, it’s not much to blog about concerning alluring food. On the other hand, don’t knock it until you’ve tried it, as they say, and the word I’m getting is that more and more are doing just that and learning a great deal about themselves and food, as I have. I think just the mental rewards themselves are enough to me. Wish I knew all the elements but those, combined with a calm, sound sleep, stellar energy, never feeling run down, heightened productiveness and more are plenty for me.

Of course, there will come a time soon enough when you know you’ve conquered your Stupid Dog Brain and are ready to incorporate some additional food elements, but ones that keep with the theme. It has also changed the way I prepare regular meals. The biggest thing there is that I now cook with or add little fat of any kind. For this post, I’ll focus on the addition of beans and oats to your list of tools. In a subsequent post, I’ll cover some of the other food I’ve been preparing and how.

But first, a bit of a good-natured dig at paleo. I’ve had to have a laugh the last two mornings when I saw my own daily Paper.li come out (RSS), which is auto-generated from those I follow on social media and what of their stuff has been popular. 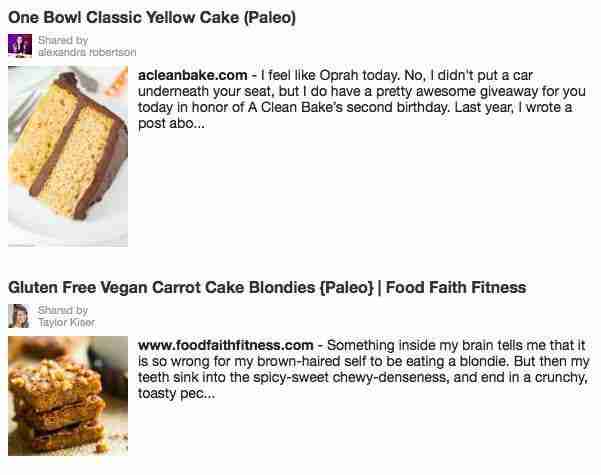 And, yesterday’s paper featured a gluten-free Carrot Cake, and Cordain had this recipe, Paleo Curried Cauliflower Soup. It’s all fine and great, I suppose, but in what world is it an awful idea to use potatoes instead of cauliflower, but it’s A-OK to include both of the naturally occurring 2 TBS of olive oil, and a cup of full-fat coconut milk? Who doesn’t know that olives & coconuts grow together all over the world? Ah, Cordain and the narrative…

So you already have My Potato Soup in your toolkit, and it’s crazy good. I’ve done a couple of days where I eat just that, am fully satisfied, and I easily come under 1,200 calories.

So now, I give you an equally awesome White Bean and Potato Soup. 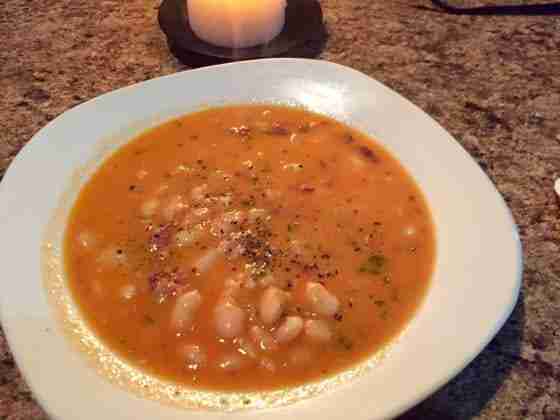 This dish will remind you of bean & bacon soup in the can if you loved it as I did growing up—but this is infinitely better. It’s another thing I can eat on any day for all meals, be just fine, and bring in a big caloric deficit. Seriously give this a try. Of course, you could double the smoked pork and still be fine, but I am quite coming to love using small amounts of meat to enhance, not dominate flavor. The tomato sauce and milk put it over the top, creating a sort of bisque groove.

OK, so one reader reported losing 26 pounds in a month (with six days ad libitum eating) using a combination of beans, potatoes, and oats. So let’s cover oats. Tim Steele, in that comment thread, suggested using Bob’s Red Mill Oats Groats (which are crazy cheap), so I got some. To make a comparison, I did some Bob’s Steel Cut Oats I had on hand first. 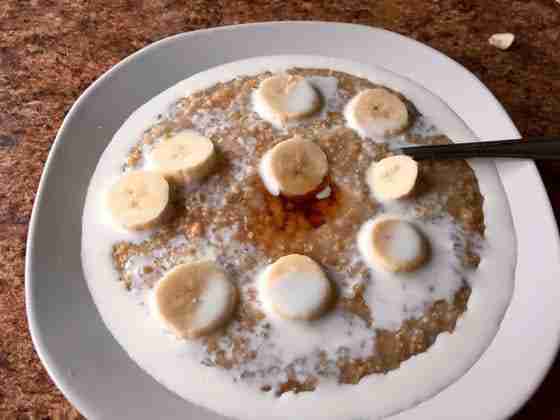 I fancied that one up with a little half & half, half a banana, and honey since it was a weekend and I made it for both Beatrice & I. They’re great! Better, even, than corn flakes. But you know what’s better? Way better? The groats. Damn. I can really get looking forward to eating them 2-3 mornings per week. 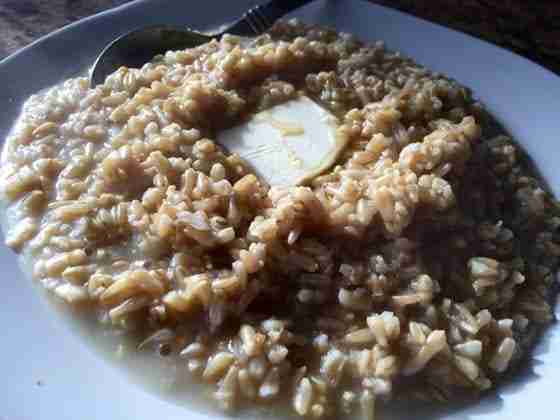 It looks like soupy brown rice, eh? So, Tim had talked about cooking them less than recommended for a sort of a nutty, al dente vibe. Bob’s calls for 50-60 minutes. I did 30 minutes which turned out to be so damn perfect I’d never bother with trying to remember another number. Here’s the kicker, though. To bump the nutrition, Tim talked about adding oat bran (Yep, Bob has that too). To not be outdone in the slightest, I also got Bob’s Red Mill Wheat Germ. If you’ll recall, the germ is where a lot or most nutrition are found, in grains (stripped out of 99% of that which the enlightened world eats). I like to think of it as analogous to the egg yolk.

So, the recipe is simple, for one serving as pictured above.

Combine oats, water, and salt in a medium pot, bring to a boil, reduce heat to low, cover and let simmer for 30 minutes. Turn off the heat, stir in the bran and germ, cover and let sit for a few minutes. Serve with your small pat of butter and plop of honey. Of course, cinnamon, brown sugar, maple syrup, milk, etc., are other variations that can be tried.

Never cared much for oats that weren’t in the package, took only boiling water, and tasted like maple and dates. When we had it as kids, it was called “mush.” Hated it. Have eschewed oatmeal ever since. I love this, however.

I ran a nutrition profile for that recipe.

Not bad at all for a 500 calorie breakfast. The germ and bran help out. That’s quite a decent number of minerals you’re getting near a day’s worth in a single meal.

So one final thing is how about the other days. Here’s one of my go-to 2-3 times per week. 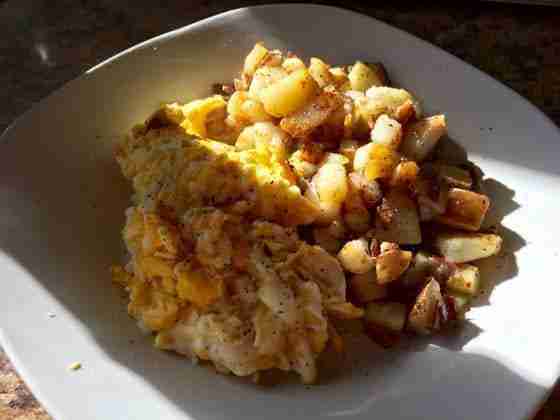 It’s usually about 2 boiled and cooled potatoes from the fridge, diced up. I used exactly one tsp of bacon drippings to fry them up in this marvelous new pan I just got: T-fal E93897 Professional Total Nonstick Thermo-Spot Heat Indicator Fry Pan with Glass Lid. It’s ideal, and the lid makes it easy to get the potatoes hot. Cover on high about three minutes, uncover and toss & finish another three minutes. I also often dice up a slice of onion, and that goes in first for a minute or so. I just scrambled the 2 pastured eggs in the residual bit of oil. Sometimes, I’ll add a tsp of butter. It just doesn’t take much, so you can use far less fat, just for flavor.

I also got this pan at the same time: T-fal E93808 Professional Total Nonstick Oven Safe Thermo-Spot Heat Indicator Fry Pan. You can click the links to see the difference. I get so much stuff from Amazon now, because I can easily find best sellers for things with lots of great reviews from customers using the stuff. For inexpensive non-stick, those two were top in every category.

…I’ve been crazy about fried potatoes all my life, but they were always cooked from raw, and always with lots of fat or oil (bacon drippings, usually) to basically deep fry them almost—because they take so long raw, and to make them brown and crispy. But doing them from your boiled and cooled potatoes makes such a difference (and it’s the German way of fried potatoes too). First, they cook quickly, and second, you don’t need much cooking fat at all. Just a little for flavor enhancement, and a nice bit of browning.

And they taste like potatoes and not a delivery device for fat. Just potatoes being their magical selves, again.