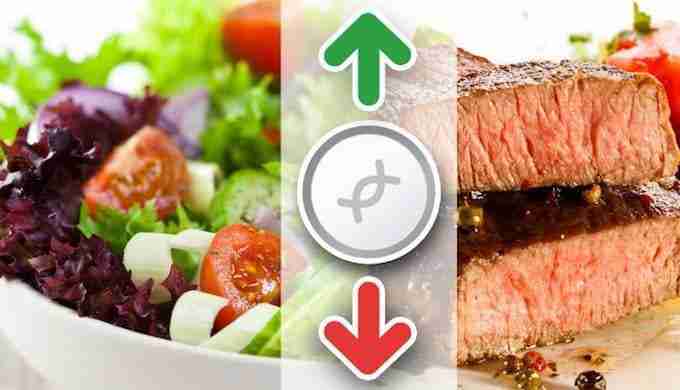 Honesty must be acknowledged, and especially in a person whose general preference and advocacy runs counter to what he’s reporting.

Now, whether or not Bill Lagakos would characterize it like that or not, that’s just my take. Bill reports results on a recently published Chris Garner study, Weight loss on low-fat vs. low-carbohydrate diets by insulin resistance status among overweight adults and adults with obesity: A randomized pilot trial.

OBJECTIVE: To test for differential weight loss response to low-fat (LF) vs. low-carbohydrate (LC) diets by insulin resistance status with emphasis on overall quality of both diets.

METHODS: Sixty-one adults, BMI 28-40 kg/m(2) , were randomized in a 2 × 2 design to LF or LC by insulin resistance status in this pilot study. Primary outcome was 6-month weight change. Participants were characterized as more insulin resistant (IR) or more insulin sensitive (IS) by median split of baseline insulin-area-under-the-curve from an oral glucose tolerance test. Intervention consisted of 14 one-hour class-based educational sessions.

CONCLUSIONS: Substantial weight loss was achieved overall, but a significant diet × IR status interaction was not observed. Opportunity to detect differential response may have been limited by the focus on high diet quality for both diet groups and sample size.

…So, low fat did better than low carbohydrate. Read it and weep.

Low carb diet: participants went from 230 grams/d to less than 50 for the first 3 months, then creeped up to ~80 over the next 3 months.

Will the critics say “the carbz weren’t low enough!”?  REALLY?

In brief, the one-size-fits-all diet theory is #fail.

Don’t be tied down to one approach; different #contexts require different approaches, and both can change over time.

To make a long story short, insulin sensitive patients randomized to the low fat diet lost about 20% more weight than those randomized to low carb.  Read that sentence again (just the part in bold).

Don’t be a science denier!

Are these data meaningful? YES

I say this because the differences are very close to the magnitude we’d expect in these populations.  Insulin sensitive dieters lost 20% more weight if they were assigned to a low fat diet, but they still lost weight on low carb…  we wouldn’t expect insulin sensitive dieters to gain weight on a low carb diet, just lose a little less because it’s not optimal in this #context.

Are there a million other factors involved here?  YES.  Insulin sensitivity  is only one of ’em, but a pretty good starting point.

Theoretical scenario: a sedentary, obese insulin resistant patient starts off on LC and is initially successful.  They start exercising and focusing on sleep quality, insulin sensitivity improves (ie, new #context)… but weight loss stalls in many of these people.  Maybe at this point they would benefit more by switching the focus from strict LC to monitoring other things, like calorie or fat intake (ie, to match the new #context) –> progress resumes.
Maybe.

Don’t be tied down to one approach; different #contexts require different approaches, and both can change over time.

Honesty is refreshing. An open question for me is whether an LC approach helps insulin sensitivity or harms it (physiological IR). Perhaps that’s individual too. Sure was for me, both fasting and post-meal. Potatoes and beans fixed that, and now I’ve tossed whole oat groats into the mix, rounding out my “Peasant Diet.” It has done so for others as well, and I predict it will only get bigger. The bottom line for me is whatever you do, limit it to whole foods, and low carbers also need to come to grips with the fact that oils are not whole foods. They are processed foods.