The Next Chapter Of My Life: Three Moves In One

The most complex move of my life is just about done. I need to do a post to explain the confluence of events that took me from living off grid in Mexico last summer, to then setting up an off-grid gig in my brother’s 30′ trailer with Bea and four dogs.

Eight months at it was quite an experience but it was time to move on. And that we did. 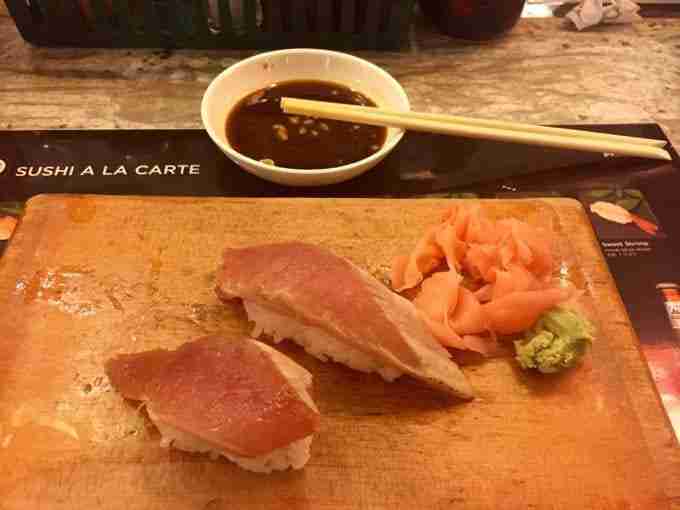 A final meal. That’s albacore tuna (shiromaguro) but I also had salmon (sake), salmon roe (ikura, my favorite) some freshwater eel (unagi), and a bowl of miso soup.

We moved our stuff out of the RV and an uninhabitable apartment on the property into three places: storage, a mini-suite with a $2 million view in the east hills of San Jose that Bea is renting for the next six weeks until school is out, and the cabin. Once school is out mid-June, she’ll be up here for the whole summer. 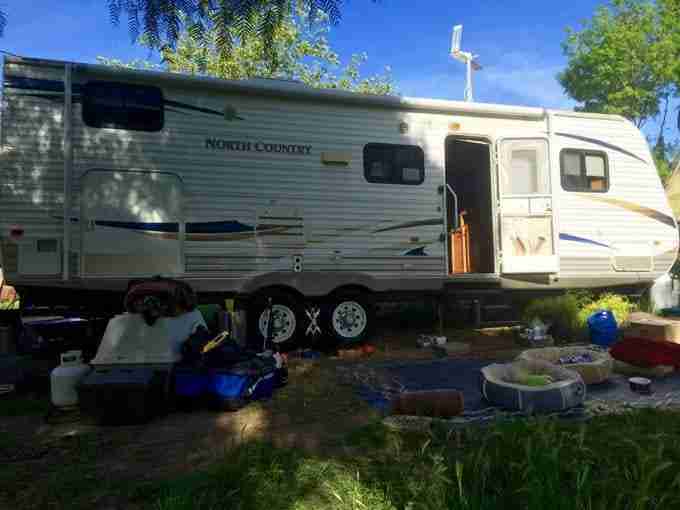 Awning rolled up, a sure sign of imminent departure.

Until then, she’ll be doing the weekend commute. Once we got up here around 8:30 last evening tired as shit but did a bit of unloading, here was the wind-down view from where I sit. 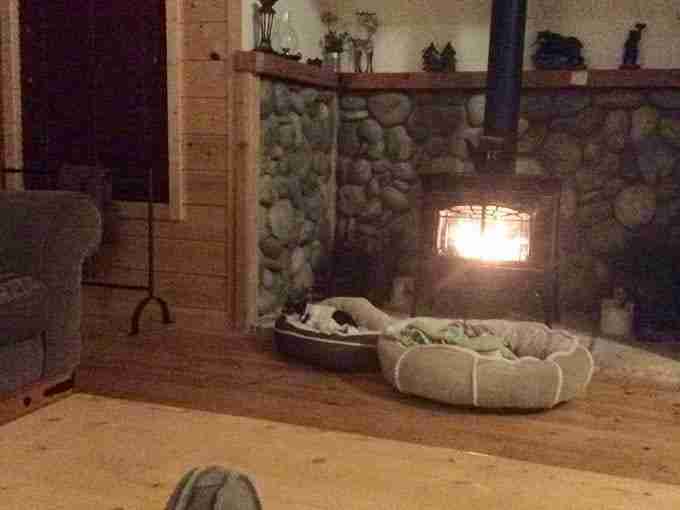 …Just got my working digs set up, which included a rearrangement of furniture and a replacement of the glass for a 27″ Apple Cinema Display that got cracked during the drive down the 1,000 miles of the Baja peninsula a year ago. 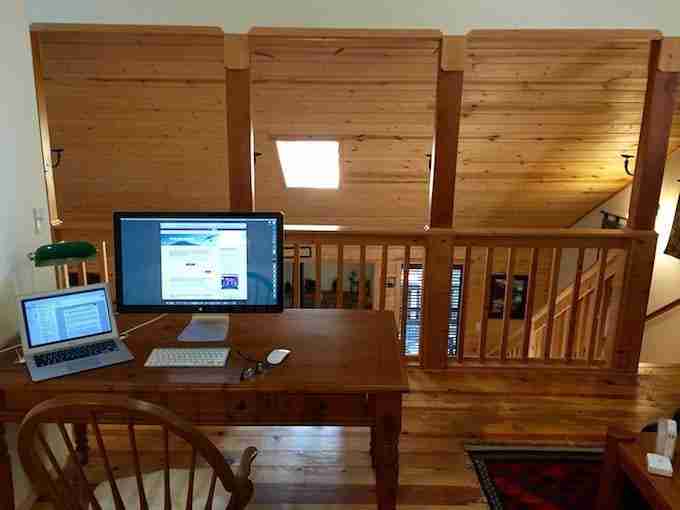 Yea, the glass replacement took all of 2 minutes. Turns out it’s held on by magnets.

Here’s the view when I stand up and walk a few feet. 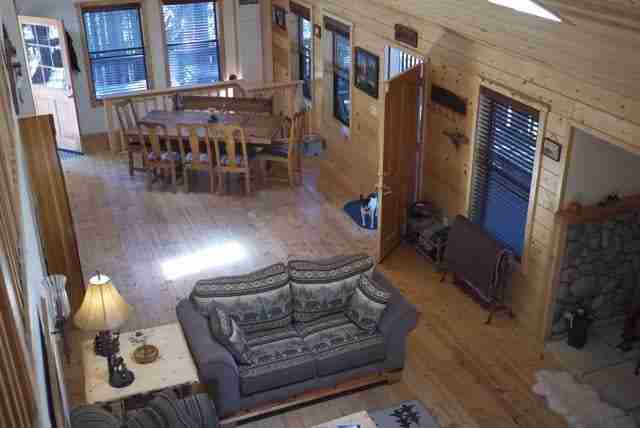 It’s a slightly different living situation than what we’ve been doing for quite some time, now.

I’m pretty much psych-charged about it, and I have a burgeoning list of things to do. One item on the list is that you hear more from me, more often, and from time-to-time, a little more thoughtfully.

Like this, perhaps. Got an email out of the blue from Tim “Herb” Mullen, the guy who cold-cocked me blindsided, from behind, with a roundhouse forearm to the neck last summer when I was living off grid on the tip of Baja.

“Hey Nikoley….. Meet me at our bar on Friday at 4 p.m. I will be there….. I wanna discuss your shitty blog with ya , you little dumb soft cock.”

I had literally not heard a word from him in all this time and he avoided me and the public like the plague after that event (even though he’s a popular band member and pretty talented musician). Anyway, who can resist a reply?

I’m currently at our vacation home in the Sierras and somehow I doubt you have a bar up here.

And by the way, it should have become apparent to you and your Dunning-Kruger, Solipsist groupie bitch cunt by now that I generally don’t give a fuck what anyone else “thinks” or “feels,” least of all the two of you and secondarily, everyone else in that pathetically lost American suburb down in Baja.