What could be a more perfect example of it than a pic of a Huffington Post “Editors Meeting?” 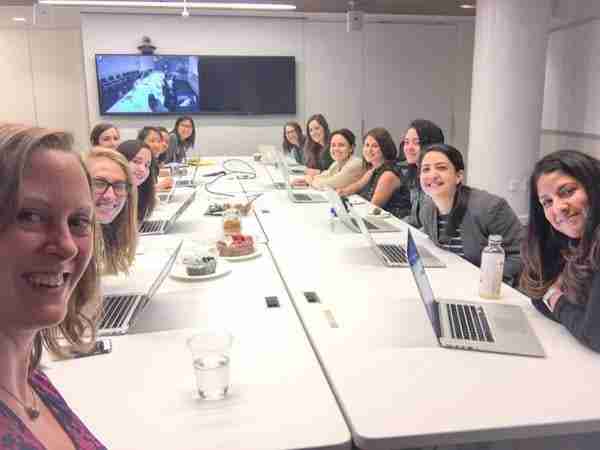 Feminists. Leftists. The keepers at the gate…with lock, key, and passphrase “diversity.” Wonder how many of them have males in the closet, back in the overly-expensive urban apartment. 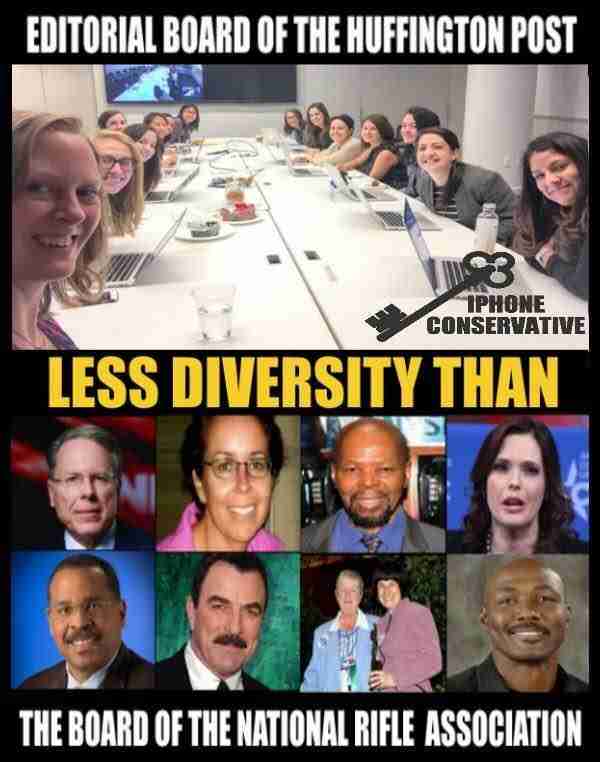 You can verify if you like. Indeed, the NRA pics are cherry picked, because they actually have a substantially huge board, with 50% being Tom Selleck (AmIRight, ladies?). Then go verify the HuffPo editorial board. Yea, it’s not the actual board of directors, so I understand this is apples to oranges in that respect, but HuffPo is a media outlet. By simple logic, the voices ought to be the most diverse in opinion and ideology, per se.

To my mind, a news and commentary and opinion outlet ought be so diverse in views that staff are in perpetual war with one-another. Hasn’t been that way in a long time.

I like the Janet “Judgybitch” Bloomfield take on feminist cunts, today.

Why are feminist women so fucking pathetic?

Laura Bates recounts a man she feels was checking out her ass in the pool inappropriately, and instead of confronting this man or engaging the staff to address the issue, she whined and decided her enjoyment had ‘been reduced’. My guess is Laura is too fucking lazy to hit the gym every day, and finds it easier to sulk about men ogling her. Quite frankly, I don’t even believe her. ‘He looked at my ass’ sounds an awful lot like ‘I’m hitting the wall hard, but I’m still so hot, men harass me’. File that under ‘shit that didn’t happen’.

You know, all my life I have noted how women telling anecdotes about how various males pursued them in various ways were always inversely proportional to how attractive they were in my opinion.

Hot chicks and smart chicks and combinations of both rarely wax on like that. Why would they need to? Who doesn’t know they don’t have their pick?

Women are misogynists, essentially. It’s a crazy way to compete, but that’s often how it rolls.

The bright spot is that men have their pick, too. Rule #1: never pick a misogynist, feminist, leftist cunt.

Do you understand that some women like that, hate some other women even more than men? Attractive, competent, capable and smart women who love love love men. It puts them off balance, and being the poster preschool girls for Dunning-Kruger and Solipsism combined, those well-adjusted and self-assured enough to indulge themselves in masculinity—sorts of women—are completely off their radar, because they are feminist, leftist, propagandist cunts reeling in the cloister, choir, and echo chamber of self-and-other confirmation and congratulation.

…Men are quite fantastic, in general. Who doesn’t understand this? I do, and I’m not gay.

Who is fucking stupid enough to start a war against men? Stupid cunts.