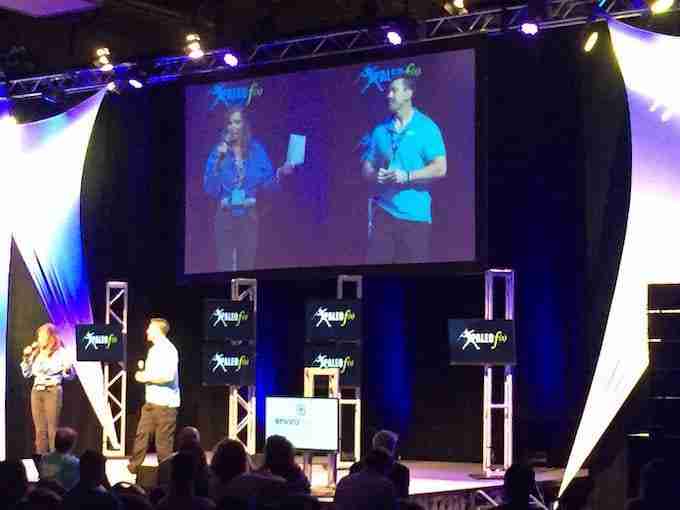 One day, about a couple of months ago, I realized I’d not been to any conference-like events since 2012. I thought I might be done with them. But I decided to check out #PFX16 based on high marks from a couple of people whose judgments I pay attention to. The event is now in its 5th year. So, since Thursday afternoon I’ve been taking it in and enjoying it more than I thought I might.

Of course, there are the reunions, always fun. First one? Ran into jimmy moore. It was wholly cordial and we parted promising to keep butting heads in the future. Keith and Michelle Norris, Skyler Tanner, John Durant, Chris Kresser, Chris Masterjohn, Mark Sisson, Robb Wolf, Michelle Tam….hope I haven’t missed anyone.

Then there are the encounters with strangers, in which, the more common thing I’m told is that I blog like I don’t care what anyone thinks (true), I change my views with more information, and readily admit when I’m wrong and tend to enjoy doing so as it’s a signal of progress. 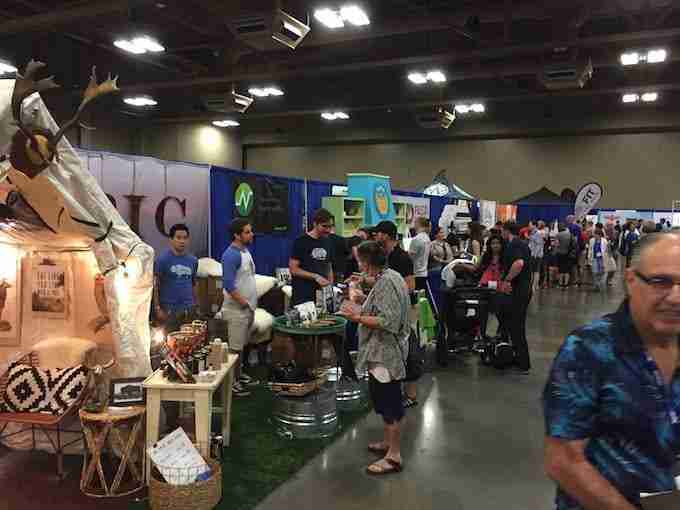 One of a bunch of vendor isles.

Everybody is so nice, even those who may have unwittingly ended up face-to-face with me—like across a table during lunch and they see my badge with name and blog and go “oh.”

I initially got into the exhibit hall and my gut reaction was to kind of hate the commercialization. Yea, I’ve got that streak. But, I’ve also got my FitBit operational again (…48,000 steps for 20 miles last weekend, with 10,000 ft accumulated ascent) and so, walking through the isles of the exhibit hall is a great way to rack up my steps. I didn’t sit at all. 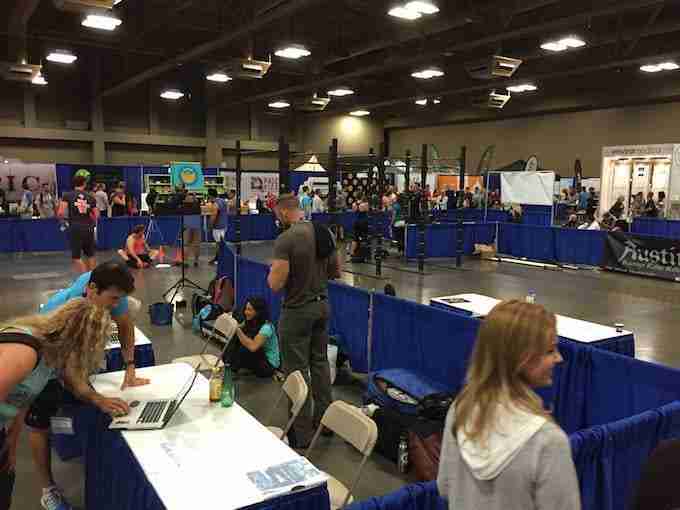 Lots of space for the hands-on fitness oriented exhibitors.

So, in walking and walking the halls more and more, observing more and more and thinking about it, I’ve developed a view of it that differs from my first reaction. Some of my initial product complaints, and after sampling a few of the edible ones: 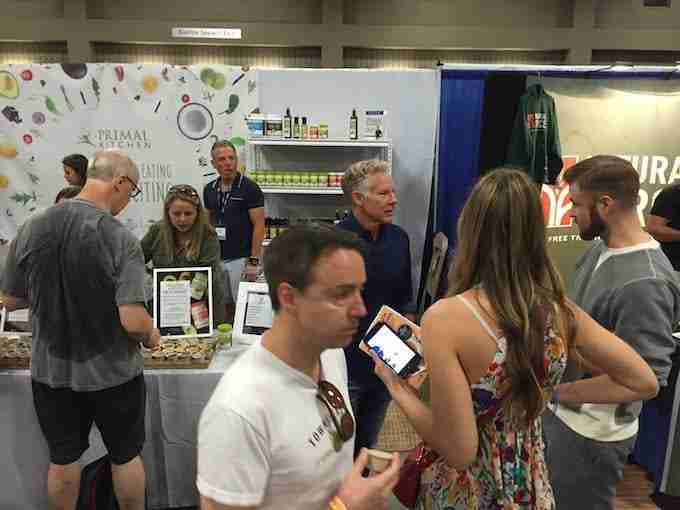 Mark Sisson surrounded by the ubiquitous crowds of fans

So, yes, some of the stuff is ridiculous, and some “food” products I found myself compelled to spit out; but then I thought, what better platform for a budding entrepreneur to get a lot of valuable information, and then the smart ones act on it in whatever way?

I’ve collected a number of cards from various products I like, really like, or adore, and will save those specific mentions and promotions for another post. But let me offer some general things. 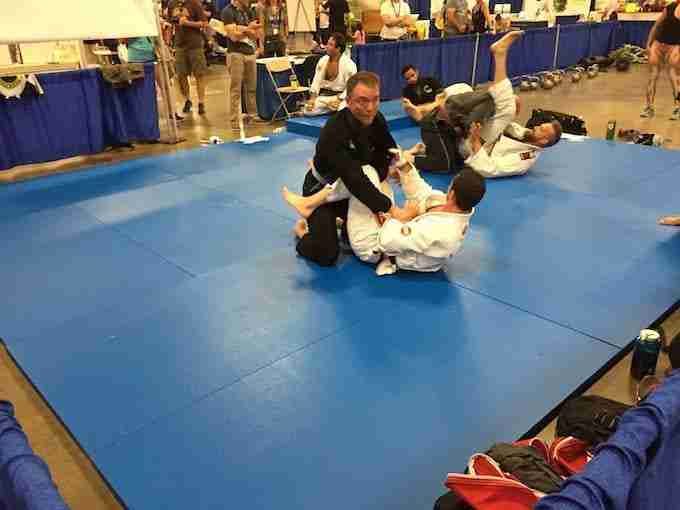 Someone in the crowd had asked, “Robb, give us your best Jack Nicholson.”

The most promising aspect of this—and if paleo f(x) and the 3,500 attendees and hundreds of vendors are any indication—is the waning influence of low-carbohydrate and ketogenic dietary angles in the paleo movement.

I head carbohydrate conflation (a Coke = a Potato) only a single time, yesterday, during Dr. David Perlmutter’s presentation (which was otherwise very good). Otherwise, few vendor booths even mention carbohydrates at all, few tout LC. There’s a fair amount of carbs on the floor.

Finally, the best of yesterday was a gut health panel, and two people really stood out. The first was Michael Ruscio, a functional medicine doc who actually had the courage to contradict another panel member, essentially—in so many words—conveying the idea that all these gut tests are unreliable. Something I personally, and other readers have certainly found to be the case.

The second was Chris Kresser, another functional doc, with the winner statement of the day. They were talking about the established efficacy of FODMAP diets for various gut problems, which Chris acknowledges. But, then, in signaling his uncertainty—in contrast to perhaps some others—he says one thing that concerns him is causing a problem down the road. For instance, what if I treat SIBO with a FODMAP diet, but the patient gets cancer ten years down the road for lack of fermentable fiber in the colon.

The point is: thinking, uncertainty, and speculation that leads to testable or at least epidemiological study down the road. 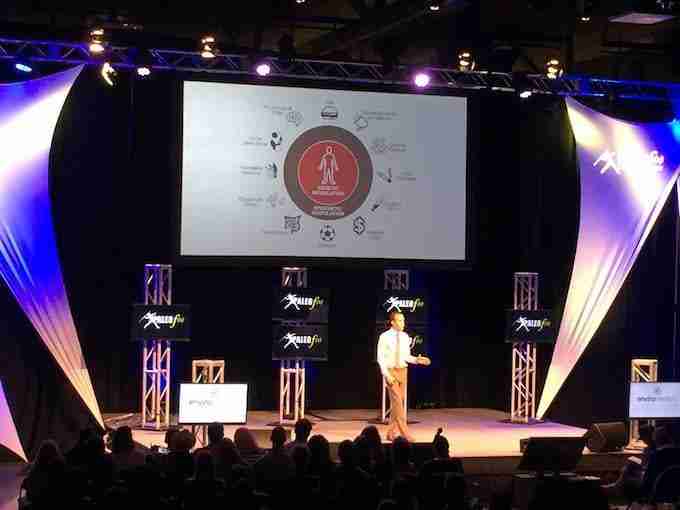 So, good job on that, Chris.