Gun Control: The TL;DR For The Ignorant and Illiterate 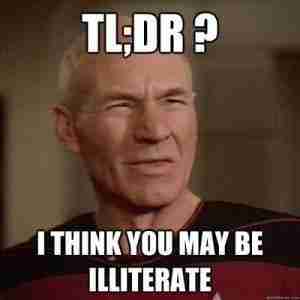 For those with reading comprehension skills, the post and comments are here: Orlando Shooting and the Tautology Of Gun Controls and Bans. A follow-on, here: Gersh Kuntzman Is Getting Everything He Deserves.

The problem really and absolutely is this: leftists don’t read and integrate, even if they could. They operate in service of The Narrative and as solipsists in general—with Dunning-Kruger specific cases that abound—in their struggle to get beyond anything more advanced, or integrated—or fully and honestly accounted for as facts-for-adults than your typical bedtime story for the consumption of 5-year-old girls too scared to just Shut The Fuck Up and Go To Sleep—just, simply, never get there. …To that point of Enlightenment. Because that’s even more scary for them.

What’s the absolute worst is that even humans with male genitalia seem to love to play this scared-5-year-old girl-at-bedtime role, as much as anyone does, because it seems to be popular amongst those who are primarily concerned with how other perceive them. Well, at least they’re channeling teenage girl life. Progress?

Who has the most guns?

Who has the most all-cause murder?

The United States, with its 113 guns per 100 people ranks 124 out of 218 nations, with 5 murders per 100,000 people. When ignorant people stupidly quibble about drug wars and civil wars, remind them we’re 124 of 218 and at last count, there were far less than 123 civil wars going on—not to mention that a civil war that only kills 5 per 100,000 people fails at definition (but leftists love to show how stupid they get to be).

Who is safest living in a city?

That would be those of Plano, TX, a place where gun ownership is off the charts, at several guns per citizen. It dwarfs the national average. They’re people like me. One person who owns, at times, 3-6 or 7 guns. But in terms of murder? You have to double the scale we’re using to get to one murder. Half a person murdered per 100,000 people. This is falsification, for those who wish to assert a causality that more guns = more crime. It’s false, in a millon ways it’s false, yet they continue to lie in service of The Narrative.

If Plano, TX,—gun capital-per citizen of the U.S. and the world—were a country, it would rank in the lowest 10 of all-cause homicide (#7 currently).

Who is most at danger living in a city?

Well, that would be all the places where the scared-and-can’t-sleep, 5-yr-old-bedtime-story girls live.

It would also be strongholds of Democrat, leftist, criminal mob, gun-grabbing control that spans decades going back to the 60s and 70s. It’s also places where leftists and Democrats have destroyed families through welfare and housing projects.

But don’t look. No Occam’s Razor shit there. If these were countries, in contrast to Plano, TX, rather than being in the bottom 10 for all homicide, they would rank 4-7, in the highest of 218. Democrats. Leftists. Gun Control Aficionados.

Well, I know gun issues and the need for leftists to carry water in service of The Narrative is sexy and compelling. After all, who wants to give up swimming pools? The one thing the left never honestly engages, in terms of facts, is all the facts. It’s inconvenient. It does not serve The Narrative.

The problem I have, essentially, is that freedom is messy. In my Harvard Law School talk at AHS11 I asked, “so what happens in an anarchy?” EVERYTHING happens. Watch for it.

…Just as everything happens in any system with any modicum of freedom. People seem to think that they can enjoy increasing levels of risk-free or risk-mitigated safety without trading away freedom and liberty and/or having large swaths of their money stolen, or live under levels of regulation. 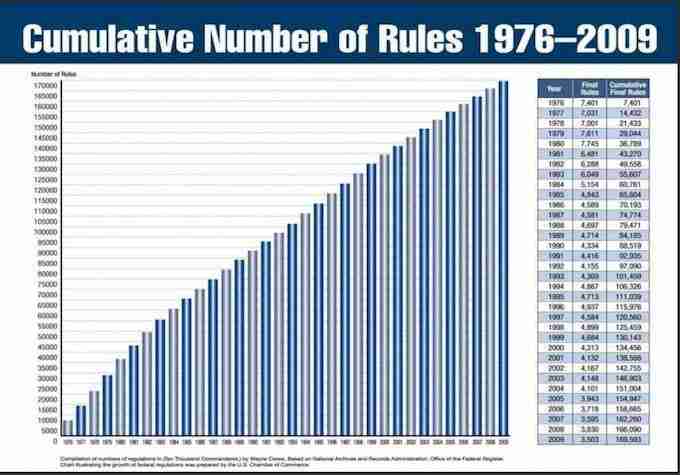 And still, everything that can happen, does happen. Government is a myth. It’s a fraud and a scam… just yet another Narrative in its own right, one that almost everyone carries water for. It’s no more than a club and network for the Nomenclatura and otherwise politically connected, contriving Bread and Circuses for the Useful Idiots.

— America has about 357 Millon guns amongst a population of 312 Millon.

— Stripping out small numbers of both accidents (under 1,000) and justified shootings (just over 1,000), leaves 33% being homicide.

— But 80% of the homicides are from inner-city, gang related activities (to which drug laws likely contribute a great deal), and all of them are cities that have been in the hands of leftist, socialist, gun-grabbing Democrats for decades. Every single one.

— We’re left with about 1,700 homicides in a population of 312 million that are predators preying on innocents.

In conclusion, I don’t think anyone “needs” to do anything but strike every single gun ban from every single law book, including the prohibition-era banning of fully-automatic weapons in 1934. Anyone who truly wants a fully-auto weapon can already easily get one, or modify a semi-auto.

The problem with you ignorant, fearful leftists and Democrats is that you’re way beyond the point where you have the capacity to even recognize your ignorance. Your fear, combined with an allegiance to The Narrative has served to get you to a point where you literally cannot comprehend the depth of your own ignorance.

That’s how you become a Useful Idiot. Enjoy your vaunted stature. There will be bread and circuses as reward and recompense.