Gersh Kuntzman Is Getting Everything He Deserves 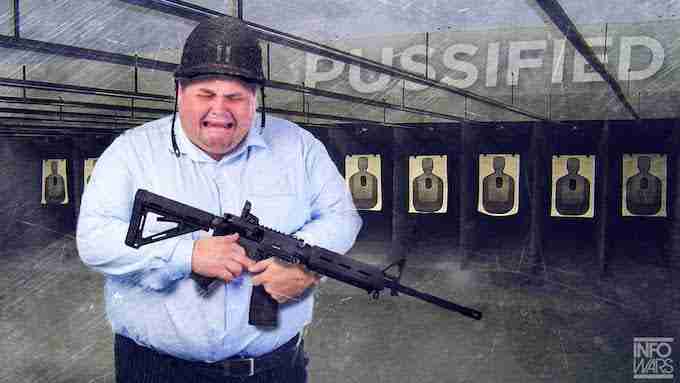 One day after 49 people were killed in the Orlando shooting, I traveled to Philadelphia to better understand the firepower of military-style weapons and, hopefully, explain their appeal to gun lovers.

But mostly, I was just terrified. […]

Squeeze lightly on the trigger and the resulting explosion of firepower is humbling and deafening (even with ear protection).

The recoil bruised my shoulder, which can happen if you don’t know what you’re doing. The brass shell casings disoriented me as they flew past my face. The smell of sulfur and destruction made me sick. The explosions — loud like a bomb — gave me a temporary form of PTSD. For at least an hour after firing the gun just a few times, I was anxious and irritable.

Gersh Kuntzman “reporting” in the The New York Daily News.

Now, I don’t know anything about Larken Rose (I’ve heard the name, before), but he calls it right, here.

Good grief. The article pretty much makes fun of itself. PTSD? Not that this wuss would know it, but the AVERAGE hunting rifle is significantly louder and more powerful than the .223 that the average AR-15 fires. Can you image what he would have written after firing a Barrett .50? Aside from now being the laughing stock of a hundred million or so Americans–including quite a few children–who don’t run into a corner and cry after firing a basic rifle, his stupid article won’t accomplish his goal. People who are already scared of guns, mainly because they know nothing about them, will continue to be scared. 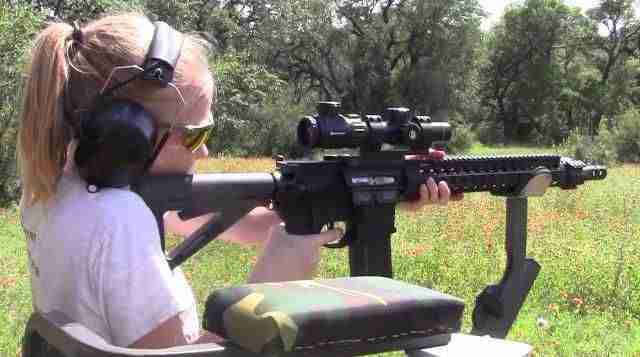 What’s next from Mr. Kuntzman? An article about how he was traumatized by using a power drill? A lament about how he needed psychological counseling after trying to split wood with a sledge and wedge? A diatribe about how chainsaws are scary and should be banned?

It serves to demonstrate just how cloistered are these leftist-Democrat NYC journalists, ensconced in their ivory-tower echo chambers for choirs. Picture him at some hoity-toity cocktail affair at some Park Avenue penthouse with all the proper who’s who of the local intelligentsia in attendance whilst he describes his harrowing ordeal for the purpose of affirmation.

“Oh my word, how awful that must have been for you. It’s a wonder you’ve not been permanently bruised. Have you recovered? Are you ok?”

Yadda yadda. That’s always the purpose of this sort of thing, for those who live their lives second-handedly to get confirmation from other second-handers.

This one’s even funnier: ASK KUNTZMAN!

Dear Kuntzman, big fan. I am trying to go green in order to save the Earth. Dying polar bears make me sad. Should I buy a Toyota Prius?

Dear Carbon, I drove a Prius once and it changed me forever. As soon as I climbed inside the minimalist brutalist interior of this carbon fiber Japanese death machine it was as if I was driving a monster truck. I pushed start. The engine was a throaty roar like a thousand nuclear jet bombers. I immediately soiled my trousers to prevent this beast of the land of hentai from raping me. Tentacles are NOT OKAY. In my haste to escape, I touched a lever, and the windshield wipers began beating like a reaper’s sickle threshing horror. Trying to reach the escape handle, I struck a phallus-like pole, and lights began to blink. Blink. Blink. A light. A terrible, red, light! BLINK BLINK! Shrieking and flailing, I clutched desperately at the door, and tumbled, helpless, into the street. In the cold New York City rain, I lay there helpless and soiled in the gutter. The terrifying Prius looming over me, asserting its alpha dominance, and I crawled away. Forever.

Also, you may want to check out the new Nissan Leaf.

For my take on the Orlando shooting, see here: Orlando Shooting and the Tautology Of Gun Controls and Bans.