In July of 2006, the wife and I did a Eurotrek by car. The French part of the experience began in San Francisco. 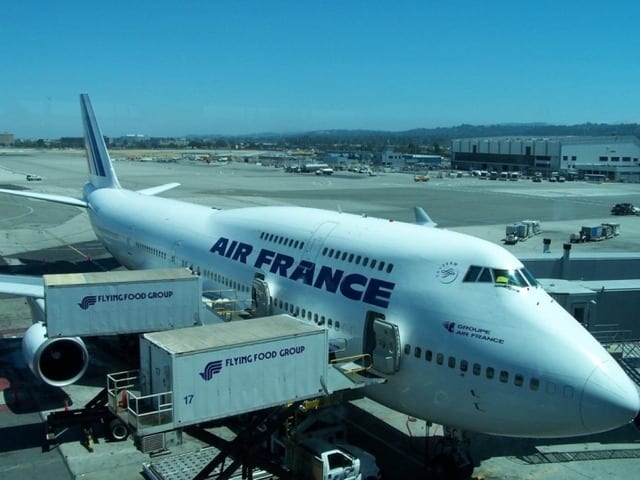 We rented a little Euro-diesel Mercedes and did a 6,000-kilometer triangle of sorts over three weeks: Paris to Barcelona, Spain, by way of the Pyrenees; all the way to Pisa, Italy, by way of hugging the Mediterranean on the smallest coastal roads possible; and then back to Paris via northern Italy, Switzerland, and the southwest corner of Germany.

We did it all with no reservations. The theme was basic. Drive until we can’t not stop at a place, drop Bea off in the most attractive part of the waterfront or village, and she’d snoop out a hotel room, ensuring that she got to see the room prior to taking it. Call me on the cell and bang, I’m there to offload baggage and find parking. What a great team we made.

As it turned out, we arrived in Nice on Bastille Day, ten years ago yesterday and sadly, it turns out this was the entirety of what I wrote about it ten years ago, today.

Five days later I managed to write a blub about everything around Nice.

My last update, over the weekend, was from Nice, which we used as a base to explore the area by car — Canes, Antibes, Villefranche-Sur-Mer, Monaco, etc. We dined in Villefranche that night. One of my favorite places in the south of France going way back. Oh, yea, we also did an afternoon in Saint Tropez (and yes, the Gendarme de St. Tropez building is still as it was in 1964) on the way to Nice. I used to live just an hour from there and I went often. Can’t get enough of looking at those yachts tied up in the harbor.

As it turned out, I wrote a pretty dismal travelog about the whole deal. Too busy having a crazy ass good time. I did a bit better four years later when we took off to Italy on a whim, to spend a week in our favorite set of five villages from that Eurotrek. That log starts here, and the series includes food pics.

The fact is, I really liked Nice a lot during my time living in the south in the early 90s. It was an hour and a half drive from my place in Toulon, an hour by train. I went there quite often and developed a few friends, where I could stay at their place or at a friend’s of theirs.

It was the only place in the south of France where I could see an American film in Version Originale. After seeing Silence des Angneau dubbed in French, I wasn’t about to watch The Doors like that.

Lot’s of great times in Nice and salades Nicoises are plentiful and varied.

…This just in: EXCLUSIVE: France ‘Suppressed Reports of Gruesome Torture’ at Bataclan Massacre

A French government committee has heard testimony, suppressed by the French government at the time and not published online until this week, that the killers in the Bataclan appear to have tortured their victims on the second floor of the club.

The chief police witness in Parliament testified that on the night of the attacks, an investigating officer, tears streaming down his face, rushed out of the Bataclan and vomited in front of him just after seeing the disfigured bodies.

According to this testimony, Wahhabist killers apparently gouged out eyes, castrated victims, and shoved their testicles in their mouths. They may also have disemboweled some poor souls. Women were stabbed in the genitals – and the torture was, victims told police, filmed for Daesh or Islamic State propaganda. For that reason, medics did not release the bodies of torture victims to the families, investigators said. […]

The news follows reports that German police sat on the huge number of sexual assaults committed by Islamist migrants in Cologne, which a secret report estimated at thousands, not hundreds.

The leftist narrative is unraveling with blazing speed. Reality will have its way, one way or another.