Well, not exactly, but I have been getting quite a kick out of Scott Adams’ take on things, lately. I’d only ever seen things from him now & then—usually when someone would send me a specific link about this or that. The other day I went in and read a bunch of recent articles and came away quite impressed.

He’s funny, but I mostly find his perspective interesting. Rather than argue whatever merits based on whatever partisan politics, issues, or ideology, he’s analyzing things from the angle of better persuasion—which if you stop and think about it is pretty nitty-gritty reality. Ultimately, a candidate’s job is one of persuasion, and on a number of different levels—even persuading a voter to stay.

For the record, I endorse Hillary Clinton for president, for my personal safety, because I live in California where it is dangerous for people to think you are a Trump supporter. My political views don’t align with either candidate and I don’t vote, in order to protect my objectivity.

In Selling Past the Close, Adams says:

I watched singer Alicia Keys perform her song Superwoman at the convention and experienced a sinking feeling. I’m fairly certain my testosterone levels dropped as I watched, and that’s not even a little bit of an exaggeration. Science says men’s testosterone levels rise when they experience victory, and drop when they experience the opposite. I watched Keys tell the world that women are the answer to our problems. True or not, men were probably not feeling successful and victorious during her act.

Let me say this again, so you know I’m not kidding. Based on what I know about the human body, and the way our thoughts regulate our hormones, the Democratic National Convention is probably lowering testosterone levels all over the country. Literally, not figuratively. And since testosterone is a feel-good chemical for men, I think the Democratic convention is making men feel less happy. They might not know why they feel less happy, but they will start to associate the low feeling with whatever they are looking at when it happens, i.e. Clinton.

Hahahaha! I love writing where you’re just not quite sure how much tongue is planted in cheek and even if none, it’s still funny, or, should I say persuasive?

In Clinton’s VP Pick, he cracks us up thusly:

Clinton will probably win the vote of women. Her problem is men. If you ask a man why he doesn’t like Hillary Clinton, he might say something about her policies and her history. But the persuasion filter says the real reason men don’t like Clinton is that they can’t stand listening to her. Her speaking style reminds men of every bad relationship they have ever had with a woman. We’re all irrational sexists on some level, and Clinton sounds to many male ears like a disgruntled ex-wife, or perhaps your mom who had a really bad day. That’s a problem if you need the male vote.

Now add Tim Kaine to the mix. In our irrational minds – where we compare everything to our personal experience – Kaine will play the part of the beta male husband whose wife can’t stop complaining about her terrible co-worker, Donald Trump. No guy wants to hear eight years of that. They get enough of it at home.

LOL. Absolutely true. Literally every male I know personally, without a single exception. Our loathing…no…utter hatred for Clinton is deep and visceral. You get to call that irrational or sexist all you want, to which I affirm that I don’t care. In my view, females like Hillary are essential to have around, in order to remind us what decent, and good, and great women and ladies are really like. I said “around,” not “president.” 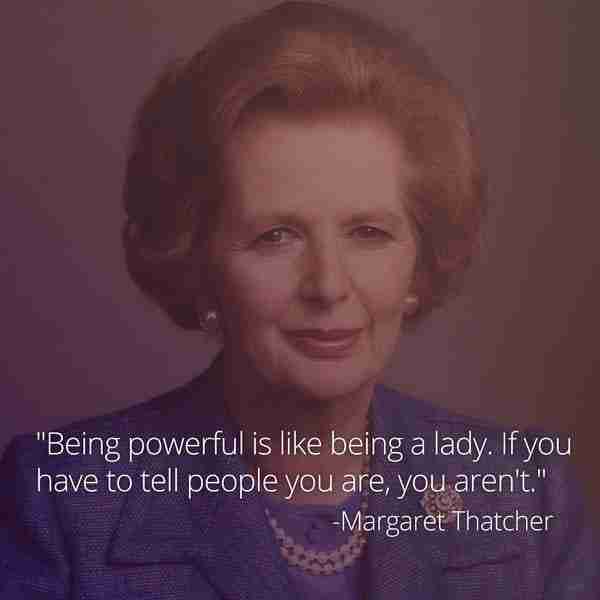 Margaret Thatcher memes provide us with a particularly apropos contrast during these current times.

This may have been my biggest laf. In My Opinion of Trump’s Convention Speech, Adams busts my gut.

A week ago you compared ugly Donald Trump with ugly Hillary Clinton and declared them a visual tie. That matters because our visual “brain” generally wins against whatever part of the brain is pretending to be logical that day. But once we got a look at the entire Trump family, acting as a group, our visual brains started seeing them as a package deal. And when you compare the entire Trump family’s visual appeal to the entire Clinton family’s visual imagery it’s a massacre.

Would you prefer seeing Bill and Hillary Clinton decompose in front of your eyes for eight years, or watch the Trump family develop their dynasty? Entertainment-wise, that’s no contest. And people usually vote for entertainment over policy. They just don’t realize it. That’s the biggest news from the convention, and you won’t see it in any headline.

I spit all over my iPad. “Would you prefer seeing Bill and Hillary Clinton decompose in front of your eyes for eight years…” 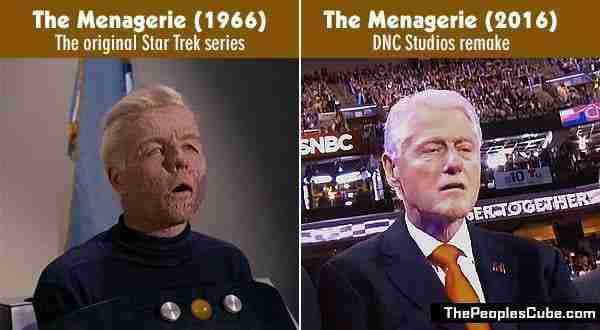 On a closing, more serious note…what I note, have noted, and keep noting about Trump is how he is beating everyone at their own game, and so easily. I’m not at all bright-eyed about policy changes over the next 4 or 100 years. No matter who gets elected, we’ll have more government, more laws, more regulation, and all at more money—paid by higher taxes or lower taxes and more debt—than the previous time around.

It’s baked in the cake.

What I am interested in, however, is the disruption of status quo on cultural, social, and political grounds that he brings and keeps on bringing. He laid waste to the Republican elite, and in a field of 16 contenders where the chosen ones were some of the first to go and the only other that had a serious shot at him, Ted Cruz, was the last to drop out and also, not of the chosen.

He showed how bankrupt and corrupt the Republicans and the process is, and he beat them anyway—which in some not-small measure is testament to the heart-in-right-place integrity of lots of Republicans or so-called value-voters. He deserves marks for that. What happened on the other side, offering an excellent contrast? The entrenched and corrupt process—run by the elite “Democratic” machine—is as sound as ever. What a contrast, just on that level.

By example, take the latest outrage of the day, which is whatever it is Trump said about one of the props at the Democrat convention that everyone is all up in arms about, today. First of all, about that prop. It’s the typical, feelings-and-tears-based leftist inability to think logically or make critical distinctions.

This logical fallacy kinda sounds like “a single exception disproves the rule.” That is correct. This is an instance that disproves the “rule” that either all Muslims are terrorists or that no Muslims are American heroes (according to the conditions Americans regard heroism).

It says nothing about the harsh reality that hundreds of millions of Muslims are terrorists or staunch supporters of it internationally, including in America. Just another example of emotion-based, mush-for-brains leftism.

Trump didn’t bite (or did he, but on his exclusive terms?)

Welcome to the big leagues. When they want to use your son’s death as a political convention prop— and the parents go along, woman in her “rightful Muslim place,” and silent—don’t be surprised that the target of that non-sequitur bullshit doesn’t take the bait, and instead shoves your dishonest manipulation straight up your ass.

I will consider Mr. Trump to have done America a solid if in the space of 4 years he tirelessly undercuts our growing social and cultural cancer of political correctness, feminism, and so-called social justice.