Nothing To Do With Islam, Just Like It Always Isn’t

Amongst the daily news feed, of yet another killing or mass killing in the name of Islam somewhere in the world was this lovely item this morning.

Fighters from a US-backed Syrian militant group have been filmed brutally beheading a child as young as 11.

The video captures Nour al-Din al-Zenki fighters in the back of a truck with a child they claim is an al-Quds soldier supporting Assad’s Syrian forces.

One of the fighters shouts ‘Allahu Akbar’ meaning ‘God is great’ after taking a small knife to the boy’s throat and cutting off his head in the Palestinian refugee Handarat Camp in Northern Aleppo.

After sharing it on Facebook, I get this, from someone reasonably well known in the LC / Fitness realm. 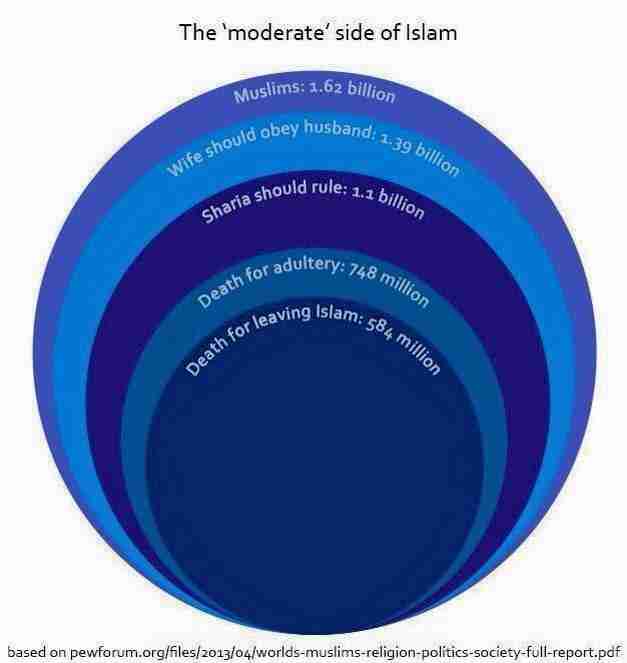 You can see all the data, most of it gathered by Pew Research in 2013, right here. The Pew report is here.

Now, here’s something really spectacular. Truly, and it’s not only in the joy of watching Sam Harris school the ignorant, hubristic Ben Affleck.

Raheel Raza, a Pakistani Muslim anti-extremism activist, argues against those naive westerners (like Barack Obama and Ben Affleck) who think only 1% of Muslims support extremism and terror. She says (as I do) that there is no hope of progress unless we confront the actual facts.

Her analysis of the opinion polls is near the end of the video. She shows that, depending on definition, hundreds of millions of Muslims in the world are extremists. Not all of them. Not 1.5 billion. But not a tiny minority either.

Wake up and wise up. Gotta be smart, not foolish.