What People Are Saying About Elixa Probiotic 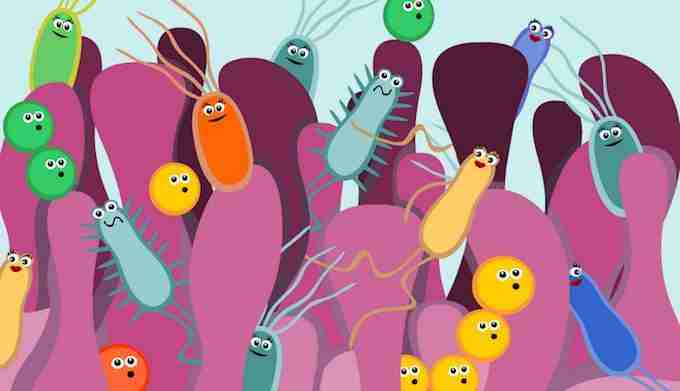 Elixa Probiotic has been a pretty cool endeavor for me. I’ve been writing about it for a year and a half, have made decent money from it, and it seems to be enjoyed by lots of people. For instance, 50% of people who order once, order again. This is pretty remarkable, considering that it’s marketed as either a one-time thing or only every now & then—such as after an illness, round of antibiotics, food poisoning, or an alcohol-centric vacation.

Digging deeper into the order data, 90% of these repeat orders are for larger order sizes than the first and having asked select customers randomly, we find that they’re usually buying for family members.

So, just a random mix of testimonials from a few days last month.

I noticed a huge improvement in my energy levels and my skin, also a lot less bloating as well, and just in general a happy tummy. — Luke W

There was this pouch of ‘fat’ that wouldn’t shift on my belly and I thought this was either water retention or just crap genetics. I tried sodium depletion and a few other things which did not work. After taking Elixa it went away in about 5 days (at least a couple of inches around the waist) and so did a bloated, stuffed feeling. So basically I now know it was distension from gas buildup in my gut. There must have been some weird bugs producing gas from the carbohydrates I eat. My physique looks a lot better since I don’t look pregnant anymore (which is not a good look for a man!). — Ryan Y

Surprisingly it was from the first dose that it resolved the constipation problem. Perhaps fixed a bit too much at first! Bowel movements during the course were everyday or twice per day and quite large. Never loose but quite dramatic evacuations, after being used to the opposite. Once the course finished (I did 6 days only) things returned to what I think is ‘normal’, so a large improvement compared to before I began. Results have stayed more or less but I did opt for a topup which has arrived today so I want to know… (email continues with general questions about recommended frequency of taking, etc.) — Oliver P

Wife and I both experienced much better mood throughout day. Less tiredness mid afternoon. No effect on toilet stuff but no problems there to begin with. — Ivan

Had some buzzing in my ears which has cleared. Also better sleep. Not sure whether both are connected, but they’ve been problems for months and stopped shortly after beginning your 6-day cleanse. — Dora M

I have autoimmune diseases since childhood: psoriasis and celiac disease. I suffered with difficulties in digestion, stomach pains and discomforts food for many years. I did my first Elixa cycle and felt much better (in November 2015). Today I am a regular consumer I repeated the cycle every 2-3 months, and I can see changes in my health at the end of each. — Maira B (a Brazilian customer who went to significant lengths to acquire Elixa since it’s no longer shipped there.)

For those interested in lots more background, here’s a list and quick summary or excerpt of posts thus far, in chronological order of posts by myself and Karl, since the beginning.

Gut Bugs, Probiotics, Prebiotics…And how our microbes make us who we are (49 Comments)

The first of my posts introducing Elixa, along with comparisons to various other probiotics I’ve used. Lots of general microbiome stuff as well.

An introduction to Karl Seddon, the founder, and manufacturer of Elixa in Manchester, UK, and how he became very interested in the human gut microbiome by living (and eating) in Uganda, where people tend to get a whole lot of prebiotics via food. Quite a whirlwind tour.

The New Science of Probiotics (32 Comments)

One thing its creator, Karl Seddon, is happy to do is to interact personally with customers via email. For instance, one woman had some flu-like symptoms, detailed here, here, and here. That last one is Karl’s input…

Here’s a back-&-forth between Elixa’s creator, and Wilber, a commenter who’s a fiber menace to society.

The Right Probiotic Could Change Your Life (19 Comments)

…Then someone comes along and applies new science and technology to do something really revolutionary in terms of mega-high dose for a short regimen that’s actually designed to get to your colon quickly.

After Years Of Trying Everything, Woman Finds Eczema Relief In Elixa Probiotic at a Fraction of the Cost (5 Comments)

“I have been symptom free now for about a month which for me has been like a trip to heaven! No itching or patches and best of all no fungal infection on my scalp.”

“Doctors hate her: a local mom discovers how to lose weight effortlessly with this one trick.” (11 Comments)

…However, there’s another technology using encapsulation where the capsule itself resists digestion long enough to break apart in the colon. And this is where Elixa Probiotic comes in. Indeed, purchasers in comments here have attested to seeing the two undigested capsule halves in their stools.

Being the manufacturer and having awareness grow primarily online is a golden pairing that perhaps wasn’t possible a decade or two ago. These two factors present an exciting combination because (1) being the manufacturer gives me the ability to tweak and upgrade the product at an unprecedented turnaround time steered by… (2) feedback from anyone in the world at light speed and the ability to be involved with discussions in a forum that anyone can get involved with.

Let me paint a picture of where probiotic supplements could go next. This will sound familiar to a lot of you who’ve given consideration to this and been following the topic. It makes a tonne of sense on paper, and you’ll be nodding to yourself, saying ‘Yup, this is what we’re after. Now we wait!’ Then, I’ll explain why I think that path is not the next step for probiotics and where I believe that it will go instead, in the shorter term (i.e., the direction I am pursuing with Elixa). Both ideas make sense and will have portions of truth in them.

In this article, I shall share my thoughts on one of the most commonly self-diagnosed conditions: SIBO. I shall list the two most common observations that people make to arrive at their self-diagnosis. We’ll have a look at the typical conclusion that most people make.

Then I’ll present an alternative conclusion for both observations; changing the implications entirely.

Alright, and it shall continue. Karl and I have an enormous surprise for everyone that will soon be revealed. Actually, it’s two big surprises in one, so stay tuned, it won’t be long.