On Julian Assange & WikiLeaks, The Russians, Trump, Hillary, and the DNC 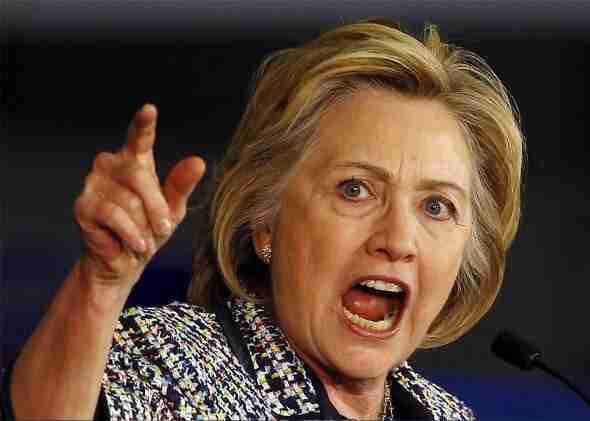 Amidst the unrest in the ranks, it’s so delicious to watch the media carry water where, just a week ago, it was a YUGE story that Melania Trump had the audacity to employ common expressions of childhood inspiration and motivation that so very surprisingly, were used by Michelle Obama a mere four years ago. Nobody is trying to find out where the ideas of work hard, don’t give up, keep your word came from, originally. So foreign. What did parents tell children before Michelle Obama came along?

Now this. Quite important and Assange is difficult to smear reasonably. Watch for yourself.

On the other side, one reason I have so tranquilly dropped so many longtime friends over years is partly because of this, also Snowden. I just checked. Crickets. Bunch of pussy boys. 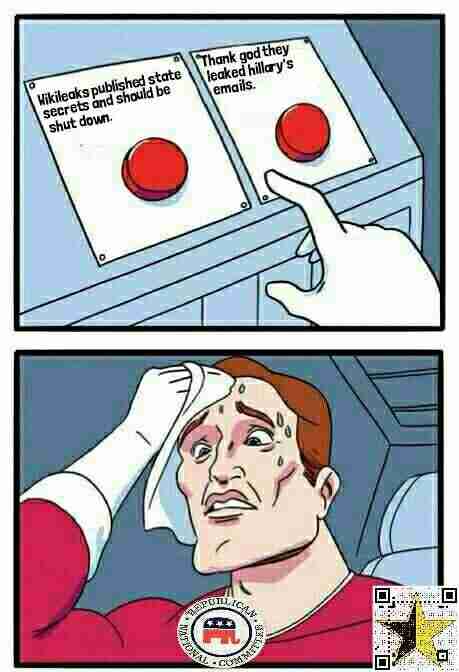 Yep. You don’t get to have it both ways and remain credible.

I am a staunch supporter of both Wikileaks and Snowden, and I don’t give a flying fuck if Putin is behind all of it.

Publish it all. The state is illegitimate on all counts and scores, an immoral institution backed by force and coercion. Keep exposing that plain fact, and perhaps the idea of State and President will whither over time and people will come to devote their time and efforts to voluntary and free associations based upon mutual value exchange, rather than trying to sway the leviathan to do their bidding by State force, against those with whom they share no values.

Trump told a “woman reporter” to “be quiet” after she interrupted him several times while he was trying to answer her question. Read the reactions at that link, but watch the exchange.

LOL. Trump just has the media chasing its tale. People love this stuff. The media, with its Social Warfare, indoctrinated, knee jerk sensitivities is so out of touch. They’re just going apeshit and it’s YUGE! It’s gonna be great. Big. The best.

…Besides, “be quiet” is hardly all that direct, or rude. “Shut up,” maybe, but never miss an opportunity to play the “victim” card (“female journalist”). Poor little womyn. And weren’t we just told last night how formidable they’ve become—a FIRST—even though it’s the 17th time a woman has been nominated by a political party for president going back to 1940?

Now that’s insulting, since the human mouth in French is bouche, while gueule refers to the mouth of an animal.

But anyway, dismissing the DNC complaint, that in spite of the truth of the leaks (they have not denied veracity a single time to my knowledge), they are the work of Putin—or Trump in cahoots with Putin because mensch—is just a diversion for the children. Once again, Trump tizzies them so easily, so very predictably.

Those who complain about the possibility of Russia, China, or any other foreign institution messing in our electoral process are being part of the problem. If you want to make a case that it’s disinformation, fabrication, or just plain false, then make your case.

But if your case is: this is another nation state, and that’s more important than the veracity of the leaked info, then sorry: you’re part of the systemic problem. You might have been indoctrinated to make meaningless distinctions when more critical ones were called for.

What you are saying is, in essence: “just leave us to our own lies. They are our lies, and how dare you shine a light on them. There are borders.”

Good luck with that. You’ll go down in history.