Jack Kerwick Gets It On The Muslim Menace

There is one decisive reason for conservatives and libertarians to vote for Trump, but it has more to do with the Trump candidacy, or what Ilana Mercer calls “the Trump process,” than Trump the person.

For decades, there has been a virtual consensus across the political spectrum that “Washington,” or “the System,” is “broken.”  At any rate, that Americans share this intuition explains why those politicians running for office every election cycle repeatedly assure us that they are the candidates to “fix” the mess—even though they never do anything but further grease the wheels of the Government-Media apparatus.

Trump, in stark contrast, and in as little as 14 or so months, has ripped the System asunder.  He hasn’t just talked about the cancer.  He has vindicated in spades the suspicions of citizens by revealing just how advanced it is.  Beyond this, Trump, through his “creative destruction,” as Ilana Mercer describes the Trump phenomenon in her latest book, has spared no occasion to administer heavy-duty blasts of chemo.  Whether he recognizes it or not, Trump seems to instinctively know that before the patient can get better, he must get worse. He seems to know that the treatment is sometimes worse than the illness.

Notice, I’m not backing Trump because of what he promises to do in the future.   I’m backing him because of what he’s done already.  Trump has been a one-man wrecking crew, shattering the sacred cows of both the Democrat and Republican wings of the Establishment.  He has driven those in the “mainstream” media to relinquish the remaining vestiges of their authority by abandoning so much as the pretense of “objectivity” in their coverage of him even as he has unveiled the hypocrisy, opportunism, and pseudo-conservatism of their counterparts in the “conservative” media.

This is true. And this is the ignorance we have to contend with. 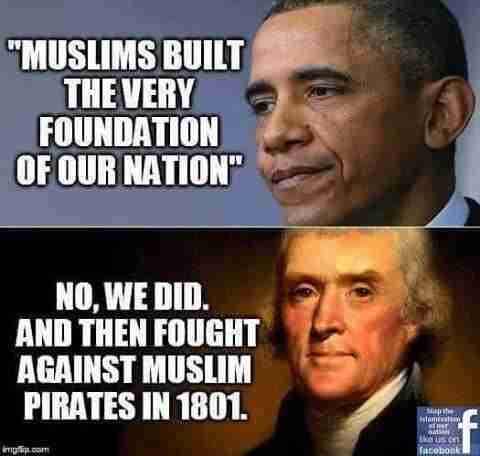 This was actually back when Muslims could wage war on their own, without any help from the West. Of course, they were still pathetic losers, but at least they tried.

They are literally 700 years behind the rest of the world in development. All Muslims are fucking retards, and you should shun and ostracize them, without mercy or quarter.