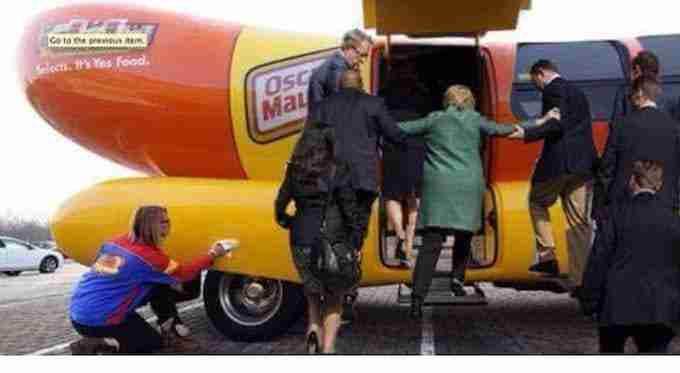 Interesting weekend. I was over in Stockton, CA on Friday, getting some car work done when the news hit early afternoon eastern time about the re-opening of the FBI investigation into Hillary Clinton’s “careless handling” of State Department communications—many classified at the highest levels of sensitive and secret—while serving as the chief executive of that same department.

Given the timing, I knew it would be unlikely that there would be all that much in the way of unpacking this whole deal, with Friday evening’s cable shows only hours away, and I was correct. Accordingly, the narrative spun throughout the weekend by the 2nd-string leftist Main Pravda Media was, essentially:

On the other side, from the right and conservative, it was:

But what I never saw very explicitly stated all weekend, on either Fox, CNN, MSNBC or anything in print is that the “smoking gun” was already provided.

You see, one plausible reason that Hillary was given a pass on July 5th is that in spite of about 5 or 6 clear violations of law that would have seen nearly anyone else in the world indicted, perp-walked, booked and awaiting trial, there was always a “no harm no foul” attitude toward the thing. There was no evidence that her carless handling actually resulted in harm, or clear potential for harm. It was “a mistake.” So sorry.

The right was hoping against hope for the entirety of the nearly a year of FBI “investigation” that something hacked from her servers would be leaked. Could have been hacked (by China, Russia, Anonymous, et al) wasn’t was hacked, and so this always gave Obama’s “Justice” Department and the Federal Bureau of “Investigation” a plausible excuse for giving the anointed Hillary a pass. Recall that all the Wikileaks so far involve “hacks” or insider steals from the DNC.

But now, that’s all toast, because the emails are on Anthony Weiner’s sex toys.

That is the Yuge deal.