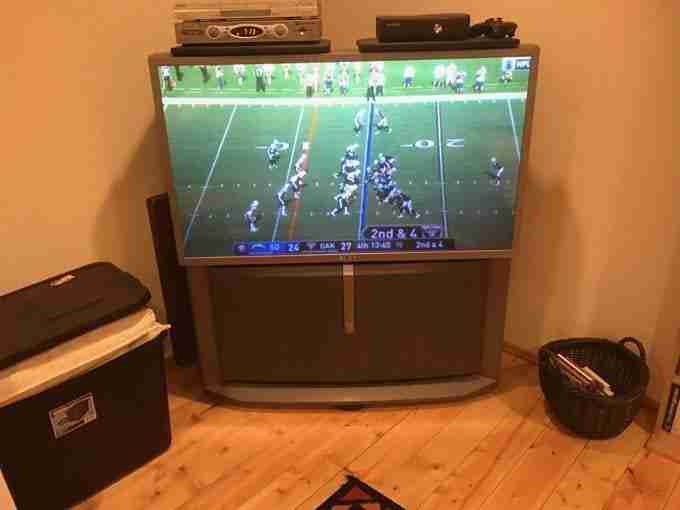 I actually would have been fine with it. It’s in the lower level entertainment room here at the cabin and since there’s an LED HDTV in the upstairs bedroom, there’s not a super lot of watching downstairs. What prompted the switch is that Comcast is phasing out support for RGB Component HD connections. All new boxes have HDMI only and the boxes with component HD lose some of the HD channels (like FS1 that was hosting the NL playoffs). It’s complicated.

So I plugged around online, found a 55″ LED 4K UHD Flat Panel by TCL with Roku built in (so I don’t need an Apple TV, as I have for the upstairs unit). Headed over to the WalMart 45 minutes away, in Sonora, and they had two pallets of them in the isle at the special price of $428, beating Amazon by $20 (plus, no risk of damage in shipping and the hassle that ensues). 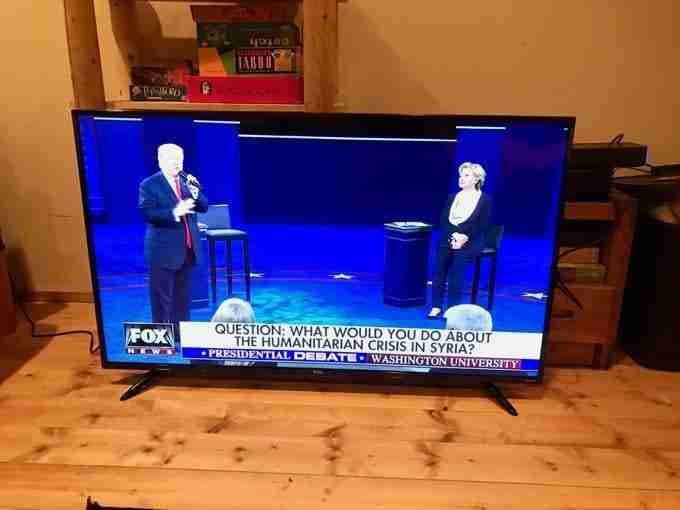 So, $428 vs. $3,350, in 2016 dollars. An 87% price drop for five inches wider, way more resolution, brightness, contrast, Wifi, hundreds of Roku services built in, and on and on. And amazingly, the sound rivals that of the Sony with the large speaker cabinet, though I popped for an $80 sound bar as well.

Plug around on Google. Everything you can think to check in terms of price plotted against performance outpaces the consumer price index by huge and more huge. Perpetually more for less, way more for way less. And it applies also to lots of commodity food items as well. Normal clothing, too. On and on it goes, benefiting people enormously, upping standards of living on global scales, now.

Where will you find the exact opposite? Every single thing the government has its hands in:

Wake the fuck up.