First time in years we’ve had the feast up here at my place in Arnold, at 4,200 feet of elevation. The first snow of the spring is imminent. Folks arrived Wednesday, and just departed. Beatrice is down in the Bay Area with her peeps and now I’m home alone again—excepting the three furry creature organisms pretending badly to be good dogs.

It was a comfort food theme, so what better to prepare for Wednesday evening’s arrival than Salisbury steaks? 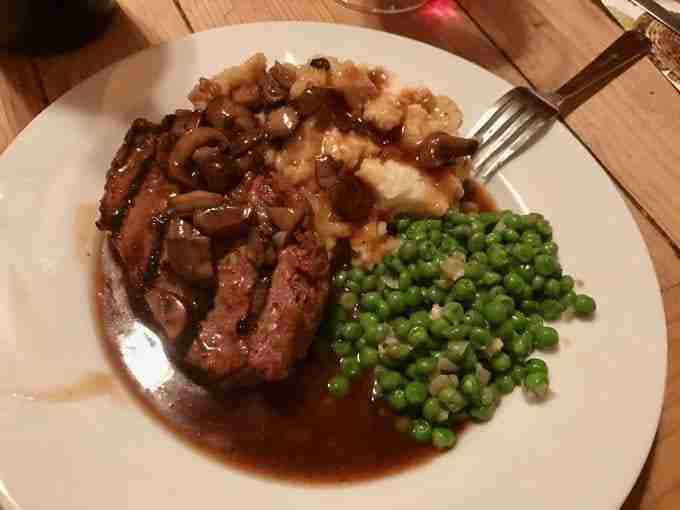 For the feast, everyone had a hand in it. This was actually the first time, at age 55, that I sourced and prepared the turkey. I got it locally, Diestel Family Turkey Ranch down in Sonora, less than an hour away. I did extensive research on methods. I’ve had plenty of plain baked, baked and wrapped in bacon, deep fried, and all of the former methods wet brined or not.

Serious Eats is a great resource when you wish to get to the science of food preparation, and they didn’t disappoint with The Food Lab: The Truth About Brining Turkey. The bottom line? Dry “brining” gets you everything you want, nothing you don’t—such as the mess with wet brine and a juicy but tasteless watery turkey.

So that’s what I did, using their other article, The Quick and Dirty Guide to Brining Chicken or Turkey. It’s essentially a half cup of sea salt (or kosher) and 2 TBS baking powder sprinkled all over the bird, then left to sit in the fridge for 1-3 days. I did it for two days.

For the roasting, I sourced Alton Brown, because one food science-geek calls for yet another. Only mods were that I used turkey stock (Kitchen Basics) for the steeped aromatics instead of water, cut back on the rosemary, bumped up the sage, and added thyme sprigs. 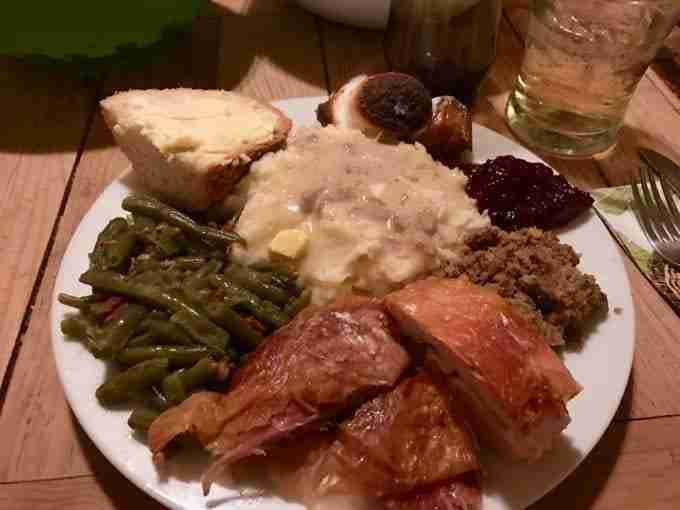 I said everyone had a part.

Dad baked his Basque sheepherder’s bread in a Dutch oven.

Mom did the “stuffing,” which was done in the oven. It includes sausage and plenty of sage. I’m not a huge fan of stuffing or “dressing,” but always have a little bit.

I did the turkey and the Texas-style green beans. As you can see, the skin is perfect and it’s said that it’s the baking powder added to the salt dry brine that’s responsible for that. Incidentally, you do not rinse it off. Straight from the fridge to oven. The green beans are about 1 slice of bacon per serving, sliced and fried up, then a chopped onion sautéed in the bacon fat, and the whole deal—drippings and all—go in the pot with lots of water and about half the salt you think you’ll need (plus 1/2 tsp ground black pepper). Boil and simmer, uncovered for hours. Once reduced to minimal juice, finish seasoning with salt. The green bean flavor pops.

My brother dave did the mashed potatoes.

Mom did the giblet gravy which consists of the neck, livers (she gets extra) and gizzard (extra there, too). She boils and boils, adding water throughout the day. Then, she meticulously peels and slices the innards, and picks all the meat off the neck. She puts it back in the boiling water, adds some chicken or turkey stock, thickens, and adds chopped hard-boiled egg.

It has been decades now that we’ve basically considered the entire meal as merely a delivery device for mom’s giblet gravy. It may look like I just have it poured over my taters. Optical illusion. Those taters are a bowl for the gravy.

Beyond the family affair, we had plenty to be thankful for. 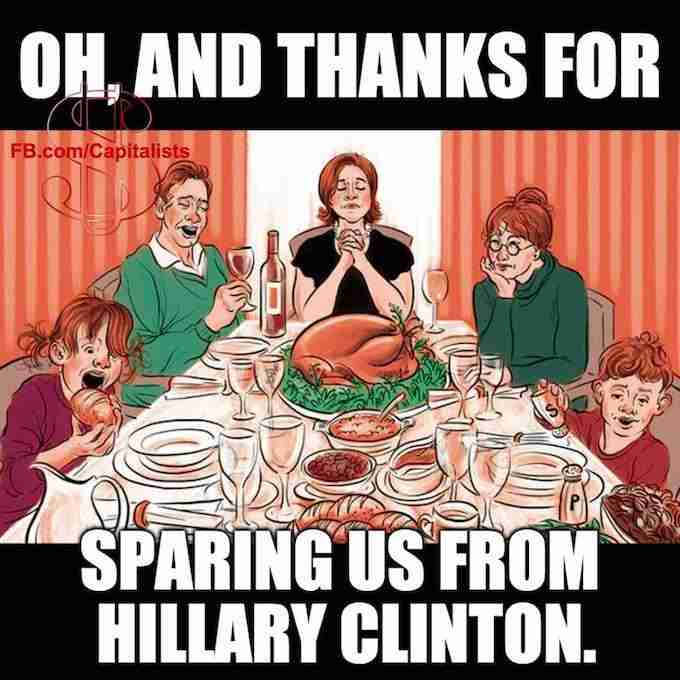 Thankfully as well, my family uniformly detests that Arkansas floozie.

And while a day late, we have one more good commie. 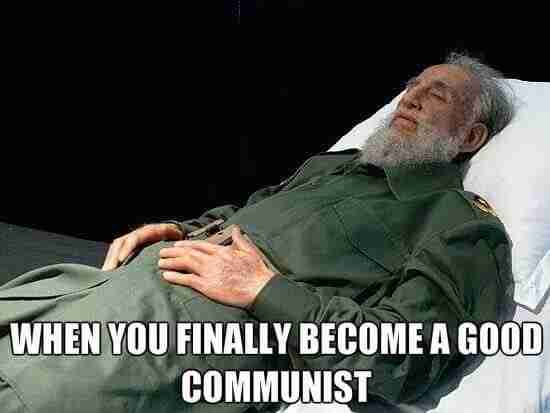 So very much to be thankful for this year, including watching the left get kicked in the teeth and imploding on a daily basis.

It’s getting hard to keep up and my belly muscles ache from laughing so much.