One Week From Now You’ll Know Trump Has Won. Here’s Exactly How and Why 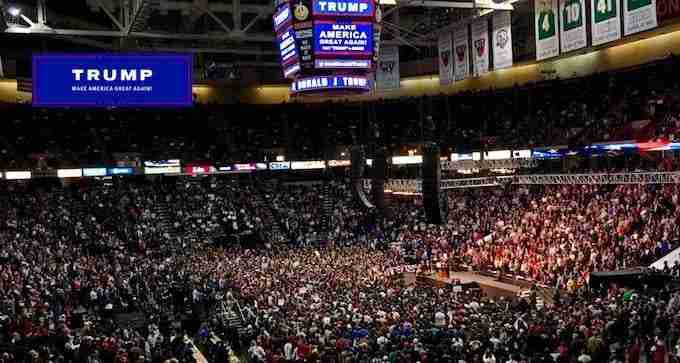 A couple of weeks ago I wrote a post where I assert that there are many reasons Trump wins, maybe even in a landslide, and few that Hillary can even win at all. I suppose you think I’m coming back now to say “see?” in light of the polls tightening—as well as the recent blows taken by the Hillary campaign. Nope. I’d have the same position even if the polls were more strongly in Hillary’s favor.

I have been saying since 1992 that Hillary will never be president and I’m more sure now than ever. Since the very first Republican debate in August of 2015, I suspected Trump would capture the nomination. Not certain, but either him or Cruz. By January, I knew Trump would get the nod, and I knew he’d beat Hillary or Sanders…didn’t matter, but I was sure he’d beat Sanders way worse. I saw that it was 1980 all over again. I first mentioned that in February on Facebook. Only recently have I seen more mainstream commentators like Rush draw that comparison.

The polls are baloney. In other words, they’re always right, except when they aren’t. Too many times have they been unreliable, including in 1980 Reagan-Carter where polls showed Carter up by double digits shortly before the election, only to lose by massive landslide. …And you know what case particularly makes them unreliable? Volatile, visceral, stark-contrasts, such as Reagan-Carter and now, Trump-Clinton.

Moreover, it’s an odd way of looking at things in 2016. People with landlines who actually answer them. I haven’t answered anything but my cell phone in 15 years, and haven’t even had a landline for about the last 6 years. Who has, and answers landlines? AARP members…of the sort that never saw a ripoff of young people and young families for their benefit they didn’t like and feel entitled to. But I digress…

The bottom line is that owing to the Internet, there is now lots and lots of data available to gauge actual enthusiastic engagement, not just what someone happens to tell a stranger calling on the landline.

So let’s get down to the data points I’ve been looking at. My analysis and chewing never has anything to do with polls, and only marginally to do with all the various “looks bad” scandals on either side. I don’t think people care about the quotidian scandals, beyond whether they’ll get off their ass and vote, or not. I view polls as a starting hypothesis. It tells me what to analyze. It’s why I don’t give a hoot about the Libertarian or Green.

I myself have been lucky enough to call it since 1976 (I was 15) on my own visceral sense and gauge of general boredom with status-quo, enthusiasm for the candidates, general desire for change, etc. Meta-markers. I was really lucky in 1992 and 2000 when I just guessed correct (all other times I was sure).

In the former, because in spite of Clinton’s appeal, it’s an uphill battle to oust an incumbent (unless you’re Ronald Reagan, and the economy is complete crap, as in 1979-80). On the other hand, Bush senior was already the 3rd term of Republican incumbency following Reagan; and he was no Reagan in the minds of Republicans. In the latter case, Bush junior, while representing more of solid dude and and unlikely to be embroiled in bimbo eruptions for eight years, or an impeachment, nonetheless was just not very exciting. But Al Gore had “The Hillary Factor,” in that people like me can’t even stand to hear the guy talk. It was very close, and Gore actually won the popular. I call that one 50/50 for me.

Introducing professor Helmut Norpoth, PolySci, Stony Brook University. He developed this model, which he calls the Primary Model, that rather than using polling data—where people can say anything (like a dietary survey)—uses data from primary elections where people actually got off their asses and voted.

It has two basic elements:

So, you can read about the generalities of the model here, and very much do read his entire discussion as to the specific prediction for the 2016 election. Here’s some elements you might find interesting.

Thank lucky stars that Cruz’s creepy weird-guy factor was just too much for most people.

Alright, I’m on the record.