Can’t recall when I’ve enjoyed Christmas day as much as yesterday’s. About a dozen of immediate and near-immediate family present at my brother’s house in the hills above Placerville, CA…formerly Hangtown. The home was so packed that it was air-mattress on the floor, for me.

My two brothers and I collaborated on cooking 24 pounds of prime rib low and slow, beginning around 10 am. 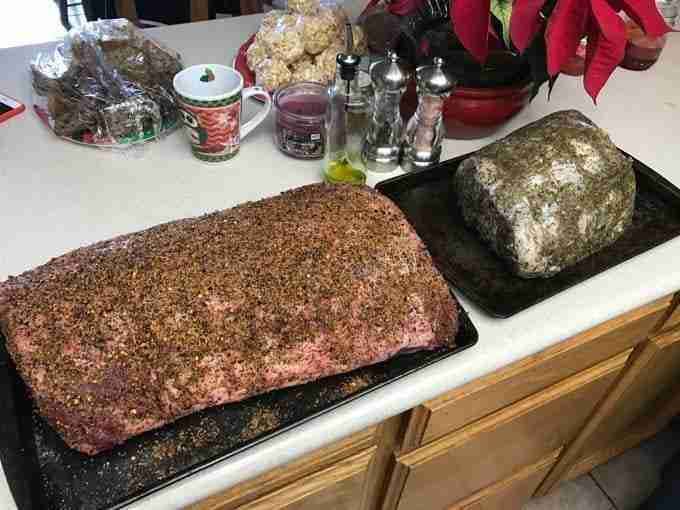 We used my brother’s wood-pellet Traeger. 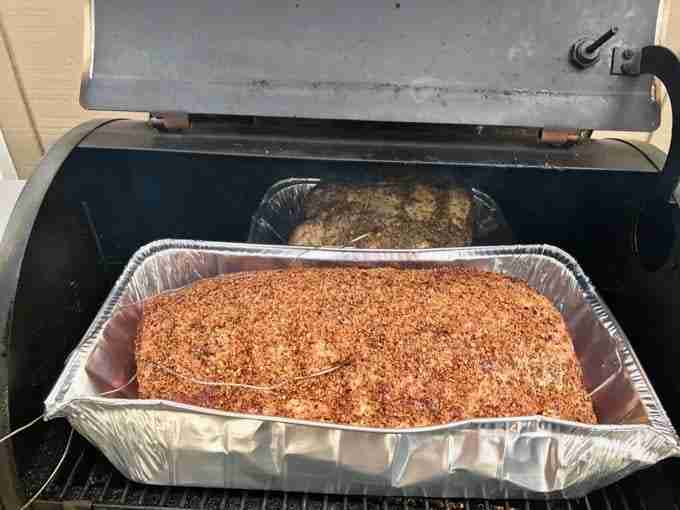 To obtain absolute low and slow conditions, we set the grill to its lowest setting—which kept it 130-140 throughout the day while we sat by the fire, sipped whiskey neat and slow, and chatted our heads off.

By about 5pm it was necessary to kick the heat to 250 for a short time, and we took the roasts out at the 120 degree mark. Over the next 45-ish minutes, tented, they got to about 129 internal. 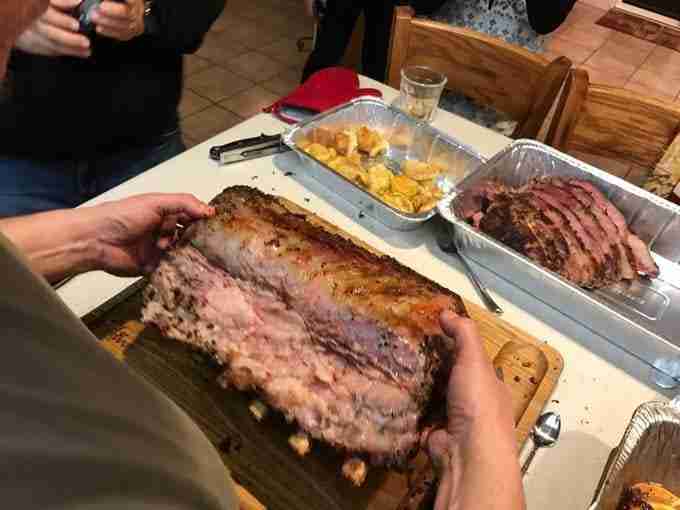 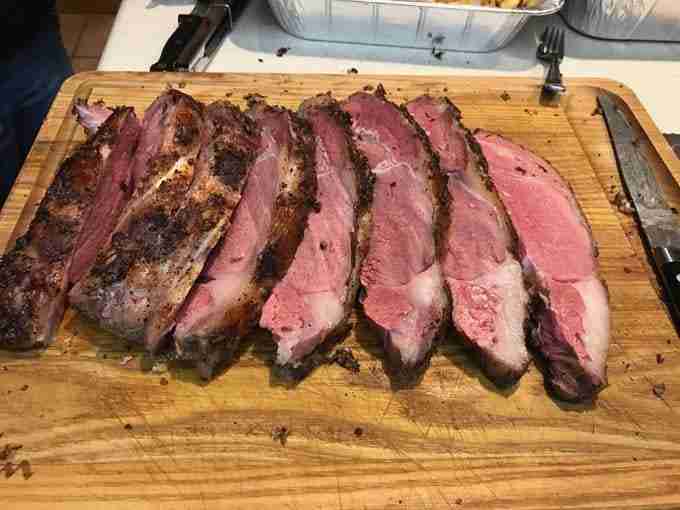 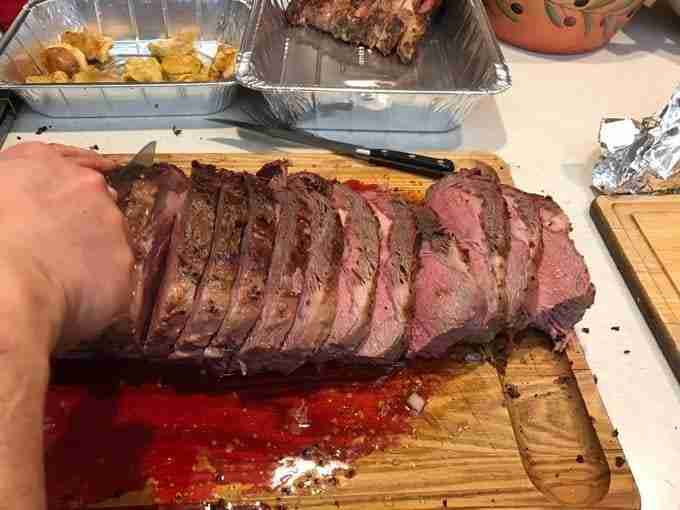 We also made Yorkshire Pudding, now an absolute must for us when enjoying prime rib, and of course, you use the beef tallow-fat drippings. Here’s people praying for the optimal rise out of the puddings. 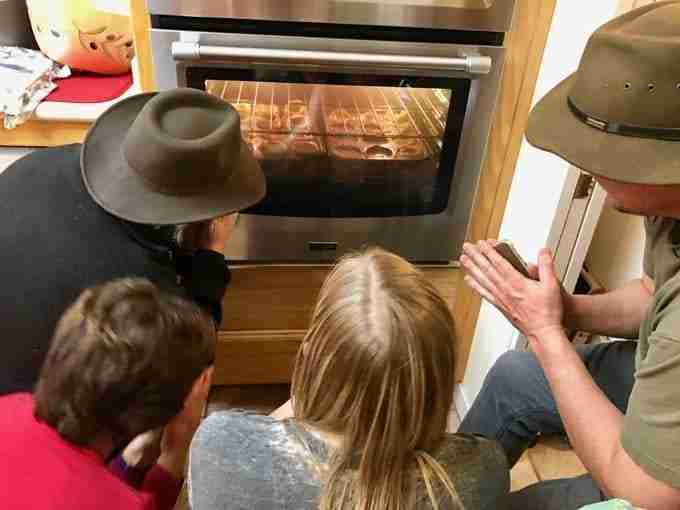 I used the meat juice portion of the drippings, plus a quart of Kitchen Basics Original Unsalted Beef Stock, reduced by about half, for the au jus.

While there was also both creamed corn and creamed spinach on offer, I limited myself to a slice and a half of meat, two puddings, and a small baked potato. 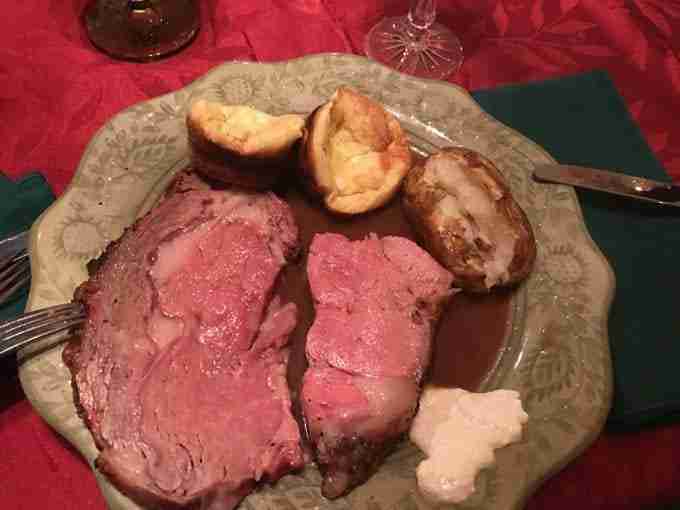 I ended up not touching the potato this time, ending up perfectly satisfied, no feeling of overeating, and great sleep.

Going forward, I think I’m probably going to start doing a bit more food blogging. For those who haven’t been around in years past, here’s a sample, and most stuff I use my own recipe or heavily modify, synthesize and combine stuff found online.