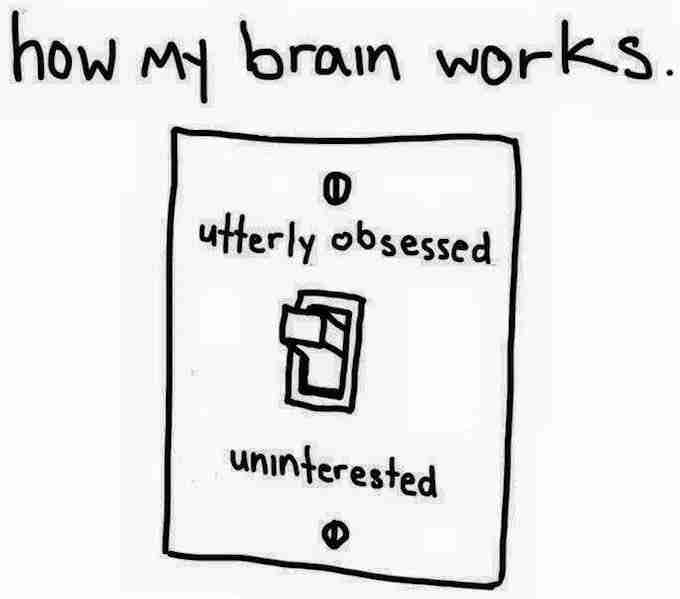 Saw that this morning. Pretty much always that way with me and this blog is pretty clear evidence over the 13 years I’ve been writing it.

…And this is why I haven’t posted hardly at all since the election. I’m generally uninterested, though I poke fun and deride leftists here and there on Facebook as a sort of distraction. But even that’s wearing thin. It’s getting increasingly coolish and short-dayed up here in the mountains—first snow just a couple of weeks ago, 28F on the exterior therm this morning—so I’ve just been doing other stuff. Some days I don’t even check my email.

Just a couple of things to put forth that explain my disdain for the current politics now that an unfavorable, shocking, and “out-of-nowhere” result presented itself to the left.

Democrats are infants, toddlers, and children. There is no other explanation. These are people afraid of the dark, and of boogie men behind closet doors. And like children, they are in perpetual do-over mode. Here, let Maureen Dowd,  of all people, explain by means of her brother, Kevin (NYT).

Here is a short primer for the young protesters. If your preferred candidate loses, there is no need for mass hysteria, canceled midterms, safe spaces, crying rooms or group primal screams. You might understand this better if you had not received participation trophies, undeserved grades to protect your feelings or even if you had a proper understanding of civics. The Democrats are now crying that Hillary had more popular votes. That can be her participation trophy. […]

Here is a final word to my Democratic friends. The election is over. There will not be a do-over. So let me bid farewell to Al Sharpton, Ben Rhodes and the Clintons. Note to Cher, Barbra, Amy Schumer and Lena Dunham: Your plane is waiting. And to Jon Stewart, who talked about moving to another planet: Your spaceship is waiting. To Bruce Springsteen, Jay Z, Beyoncé and Katy Perry, thanks for the free concerts. And finally, to all the foreign countries that contributed to the Clinton Foundation, there will not be a payoff or a rebate.

…And about that 2.8 million “popular vote” deal—scare quotes because there is no such official designation—it’s merely a compilation of the totals of all 50 states and DC. From Investor’s Business Daily:

As we noted in this space earlier, while Clinton’s overall margin looks large and impressive, it is due to Clinton’s huge margin of victory in one state — California — where she got a whopping 4.3 million more votes than Trump.

But California is the exception that proves the true genius of the Electoral College — which was designed to prevent regional candidates from dominating national elections.

From that article linked in the quote: 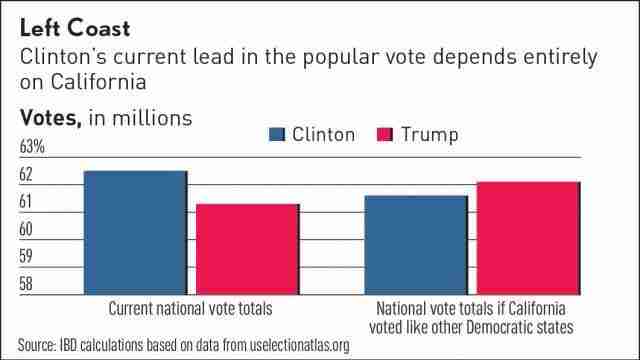 This data suggests that not only is the Electoral College a valid system given the logic of representative democracy, but that it is, in fact, effective and, given the nature of how totally fucked up California is politically, absolutely essential.

Seriously, the United States sincerely needs protection from Califucktardistan and the Electoral College performed magnificently to do exactly that.

…Ok, now a brief word on the whole vaccination thing I posted first here (13 comments) and then here (115 comments). The more I dug into it, then read more and more of the comments on those posts, the more I felt as though I had time warped back to the 1970s and was reading Josh McDowell’s Evidence That Demands a Verdict all over again, which was all the rage amongst evangelical Christians back then.

At any rate, that killed it for me and I became just as uninterested in the deal as I would be in arguing with various groups of people claiming that seat belts are too risky because they do kill or cripple a small few (same with airbags). There are multitudes of similar examples, all plagued with the same laundry list of logical fallacies that signal you’re dealing with True Believers and it’s really pointless to engage in argument.

You just dismiss them, let them think whatever they like. Let them judge your unwillingness to sanction their bullshit “evidence that demands a verdict” however they like, and move on.

OK, one final thing that just crossed the wire this morning, published only four days ago. One of the most common questions I receive here and about, is “what ever happened to Art De Vany?” As many long-timers know, Art was my entry into all things Evolutionary Fitness back in 2008.

I haven’t listened to the whole thing, yet, but I’m sure you’ll enjoy and everyone will get something out of it.

Have a Merry Christmas; Happy and Prosperous New Year.