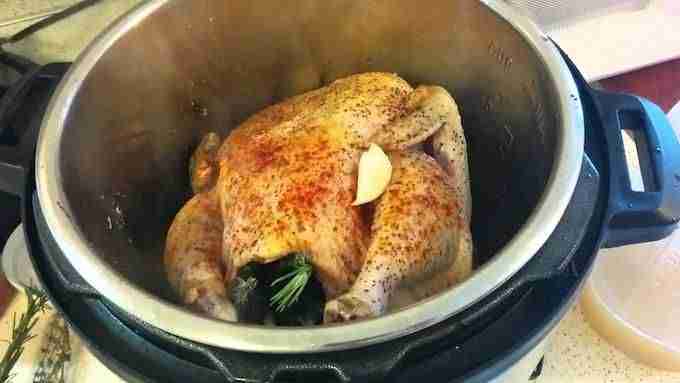 It had been on my mind for a while.

Stephan Guyenet first clued me into the idea of an electric pressure cooker appliance—it’s like 4 years now. I’ve had a stovetop one forever that I haven’t used in forever. My notion of a pressure cooker is the image of grandma pressure cooking something. Huge pot, and a sort of “puck” of a precise weight that sat atop a vertical tube on the lid. Heavy enough to modulate pressure at the upper end, light enough so the pot wouldn’t become an improvised explosive device. 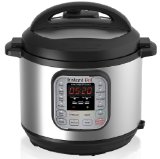 I used my Fagor stovetop pressure cooker two times in the 6-8 years since I bought it. I’ve used my Instant Pot four times in five days since Amazon Prime got it to me.

It’s tough to describe how much this thing “completes me” in terms of cooking.

I’m still kinda learning the new sort of cook a meal management that this new employee affords me. I’m in the kitchen a lot and usually, a 1-man show. I like it that way because there are two aspects of cooking I love: one is the creation, the imagination. Fucking with a recipe, fucking with six of them and doing a synthesis, or coming up with my own.

But the second personal delight is very sound management of the process, such that all elements come together when they’re supposed to. This separates the boys from the men. The Instant Pot is definitely an asset in that regard, but I’m still working it out. I’m not the sort to do One-Pot dishes very often, so I have to integrate timing with what I’m doing on the stovetop and the oven, and it’s fucking fun.

By the way, tons of Instant Pot application recipes are a Google away. Tons and tons. You know, that modest and private Stephan couldn’t help himself, and after using it 400 times in two years from his first post, he did an update. If you click in now to Amazon, you’ll see about 14,600 reviews. 4.6 stars out of five—astounding. Since I began posting about it on Facebook with food pics, there is only enthusiasm from regular users, and curiosity from those who’ve not yet taken the plunge.

So, would you like me to run through my first three dishes? Of course you would. Would you like pics? Gotcha covered.

The first evening was me alone, and my prime curiosity was: can it do a slow-cooker pot roast in an hour that’s a pleasure more than a pain in the ass to get it right? 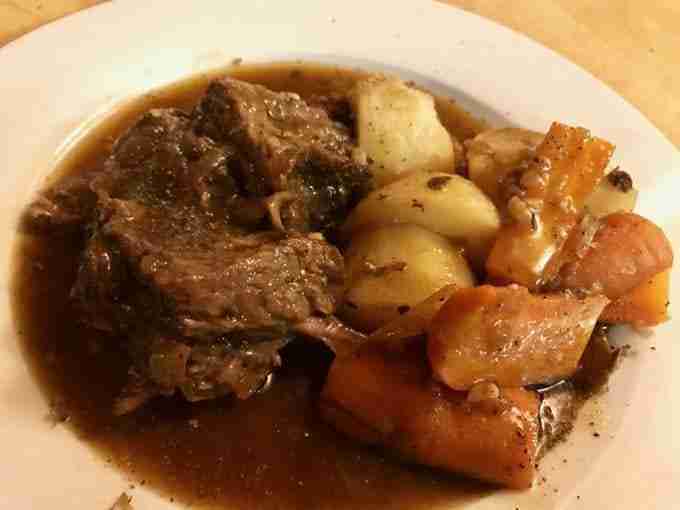 I used this recipe. There are three notable things about it. First, it’s a single pot recipe. One pot. The second thing is the searing. It has a sauté function, and so if you have time, you get excellent sear. The third is that you don’t cook the classic potatoes and carrots with it. You remove just the roast, submerge the potatoes, lay the carrots on top. FOUR minutes! 4 minutes. Combine all and serve.

Next, I took what I learned from that first experience and did a dish of my own, no recipe. A pork shoulder with onion and tarragon sauce. 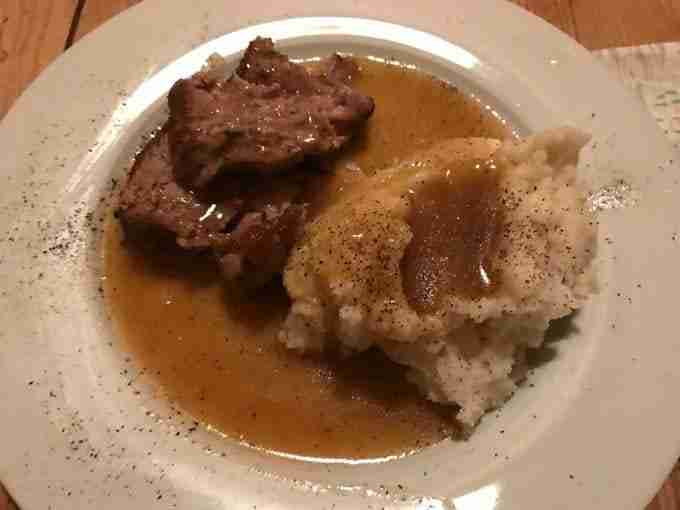 Who would imagine that you can get a pork roast to sweet and pull-apart tender in 45 minutes? I did the mash on stovetop. But—and I did this with the roast, above, as well—strain your dish and run the broth through a fat separator. Put the 3-400 saved, empty calories toward your smoked oyster and sardine budget. The fat adds zero to the flavor and often fucks up texture.

Feel free, then, to thicken the sauce. A tsp and shot cold water slurry of potato or corn starch does the trick, and you use the sauté function in the same pot to do it (I had my oven on keep warm, so the bowl of solids were there—see what I told you about the joy of management?).

…Last night I decided to go off the rails and did Indian Butter Chicken. It’s my favorite Indian chicken dish. In terms of meat curries, it’s the lamb. For seafood, spicy vindaloo. 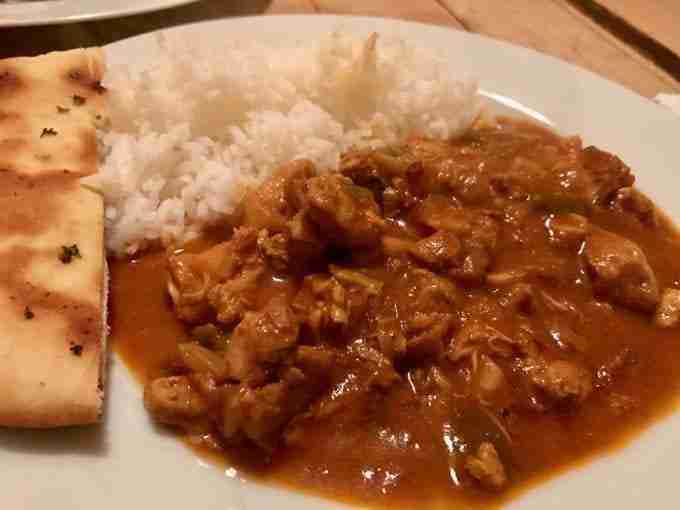 Don’t forget to rinse and then soak your basmati rice in normal temp water for 20-30 minutes, before doing the cooking process. Indian restaurant secret. I have it on good authority.

I should have made naan, but it’s about a 2-hour process, which defeats the purpose. So, I got some organic pita at the market and brushed them with a combo of melted butter, salt, parsley, and a touch of garlic powder. Then, on a hot cookie sheet in a hot oven, turned halfway.

We did oat groats this morning. 15 minutes. Nutty and chewy.

…So, needless to say, I love it. This new thing.