Sometimes, it’s literally that simple for me—at 2:44am—and I could not give a single wasted fuck what anyone “thinks” about it, to be rather preemptive.

...manufacturer of Elixa Probiotic is creating a multi-part educational video series about gut health, designed to be accessible to anyone
"More balls than the entire populations of Germany and Sweden combined."

The left has been in a hole that’s getting deeper by the election, for some years, thanks to their explicitly anti-American agenda. They want to “transform” America and Americans aren’t fucking interested.

And yet, they are surrounded by echoes in their own chambers of what one might loosely call awareness. But they violate rule number one, and dig even harder and deeper. They don’t stop digging.

9th Circuit rules against reinstating travel ban. Which isn’t even accurate. They simply refused to overturn a TRO by a bow-tie sporting fed judge in Washington state…and don’t even get me started on marble-column edifice and higher-than-eye-level, dark-stained-wooden benches—all designed to intimidate and convey a logical fallacy: appeal from authority. Ironic, isn’t it? A question-beg in an illogical appeal.

Leftists count that as a victory. Perhaps there are those with more conscience who see the downside of judicial and expositional nihilism, which is always a touchstone of leftism but has not as yet been a prevalent thing in America, and it must be said: Martin Luther King—in the tradition of Thoreau and Gandhi—was precipitously aware of guarding against nihilistic violence in the face of demonstrations of opposition. MLK was very keen on maintaining the moral ground and never handing it over. …I digress.

Fine. Trump—so far—doesn’t fold, as you’re used to all republicans doing (even that disappointment, Reagan).

Judge Napolitano laid out why this is legally fallacious, including after-the-fact but pre-figured, the bullshit vomit from the leftie commies on the 9th circuit just now. No surprise. The 9th Circuit is long recognized for their leftist activist “legislation” efforts from the bench.

I can’t even quote anything from Napolitano because even a layman with decent knowledge of legal procedure and the elements required for a case would have to laugh. And I’d have to quote the whole piece.

This is pure politics in a realm where ideally, there ought be zero politics. The Legislative and Executive branches are political. The judiciary is supposed to be 100% a-political. Problem is, they’re all appointed by politicians, so there is systemic corruption. It’s a 1+1 thing.

The left is simply trying to super-legislate or counter-legislate from willing members of the bench, where “lawsuits” are “filed” by picking a jurisdiction.

Here’s a question for any morons out there: how in the fuck did that suit end up in that court, in front of that judge? Any lawyer who makes more than $400 per hour (any less is a waste of money, I can tell you) can tell you all about judge shopping.

It’s sedition, but not actionable unless anyone wants to try to remove a federal judge—or a few or a lot—which becomes a political battle in itself, since this is over politics in the first place. Messy. Really. Fucking. Messy.

One hopes that even the leftists on the Supreme Court have better sense in terms of preserving the separation of powers and while fulfilling their roles in checking both executive and legislative powers, remember to know their own place.

And nobody ought be expecting perfection. To do so is just another hole, and now you know the fist rule of holes.

So here’s an appropriate quote from Napolitano:

…The rule of law needs to be upheld. Carefully paying attention to constitutional procedure protects personal freedom. In similar environments, the late Justice Antonin Scalia often remarked that much of what the government does is stupid but constitutional and that the courts’ only concern is with the latter.

I often hate everybody way too much than is healthy for a human.
But what could I expect, from all the fucktards surrounding me, who never bother to think about a single critical distinction in their lives?

…Because, y’know, they always get it just right. (see the whole thing).

I’m WAY beyond telling people to go fuck off, or using the n or c words.

They are all making each and every sociological point for me.

Just a heads up for all who want to jump on it. 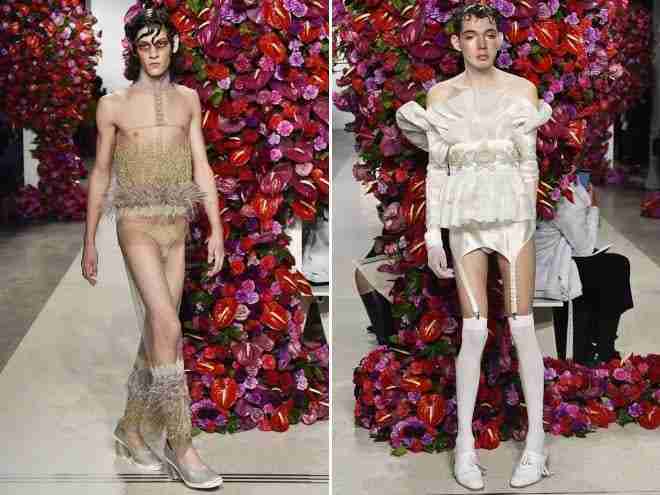 The rest of the horrors, here:

Then this; raising boys and girls in a “gender neutral” environment: