Oy Vey, Not Much To Say: The Political Left Is Doing Just Fine

Well, well; you’d have to be living under a rock to not plainly see what’s going on—from the “women’s march,” to the “anti-fascist” riot on the Berkley campus last night for the purpose of shutting down Milo Yiannopoulos’ sold-out speaking gig.

The irony is palpable.

So, I find myself in a curious spot: not much to say about it. I’ve been telling you what the true nature of the political left is for many years. But everything I have ever written or said about it is a drop in the bucket that pales in comparison to actually witnessing it playing out; not only in such a self-exposing manner, but with cheering from many sidelines.

A sampling from the people you pay to entertain you. Ahem…. that sure is entertainment, I guess…. 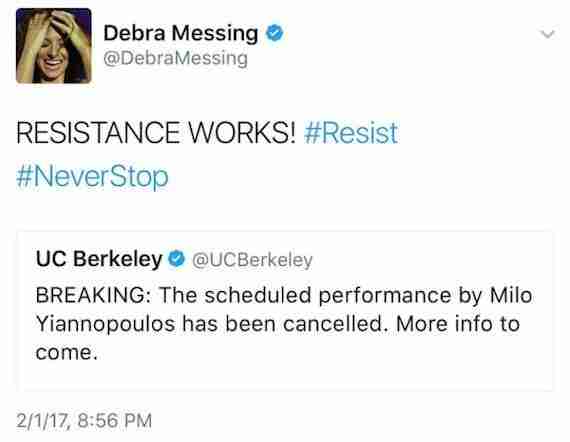 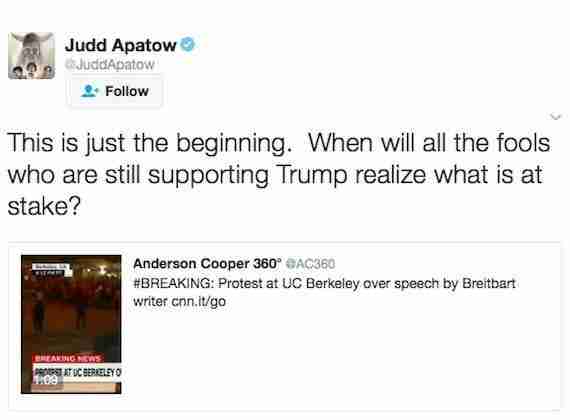 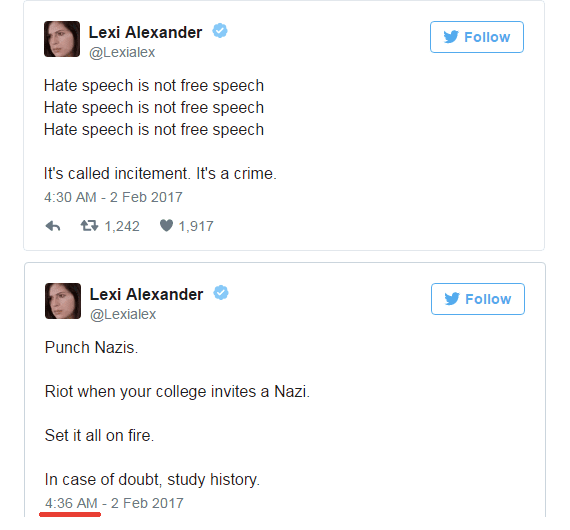 I’ll briefly point out a few things that you’re seeing, which is how the left has been operating since its secular-political seedling days of The French Revolution.

First, you will note that in virtually all of the mainstream media coverage of the riot (which they will call “protests” 100% of the time), they conflate ideas and actions. This is for the explicit purpose of blurring the distinction between expressing an idea people might hate, and beating someone—or burning their car or destroying their business—because they expressed or are going to express an idea you hate.

Second, they never take on these “hateful” ideas—mischaracterized, strawman-like, at the outset—because they’re fundamentally incapable of doing so; and not bothering to do so is a “virtue” signal that it would be beneath them (a common religious tactic: to debate is to sanction). So, they simply call names (racist, homophobe, xenophobe, supremacist, extremist, etc.) and shout down, which is for the explicit purpose of justifying and making virtuous the commission of violence and property destruction—the inevitable next step when the smears and shouts don’t shut up the ideas they hate. 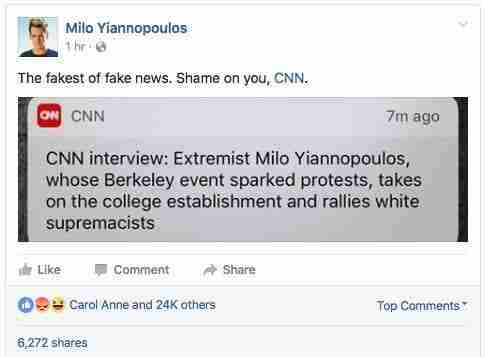 His coming to speak to a sold-out crowd in an auditorium “sparked protests,” you see?

Third, blame the French. The modern secular political left began with the awful French Revolution, eventually weaving its way to the Bolshevik Revolution, spawning tons of “revolutions” and reigns of terror, leaving hundreds of millions of corpses along the way.

It was always in the name of “Social Justice” and there were always plenty of devils and demons to name and smear, “justifying” all atrocity.

Update: Rush Limbaugh. Nail. Head. Don’t be drinking anything, unless you have wipes handy.