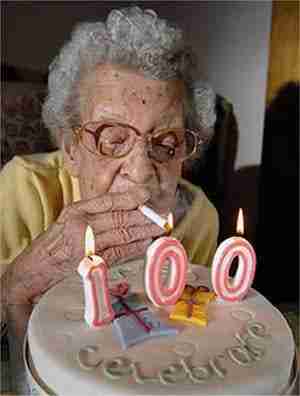 Yesterday, I posted about how focussing on lean protein—while trading off fat and carbohydrate—might do two things, particularly in the context of overweight folk who might, both, want to drop the weight…while, also, resetting or reprogramming their neurological “setpoint” that motivates biological insatiable drives to want to defend or regain it via re-overeating.

After that post, a friend sent me a link to a 30-min presentation by Dr. Ron Rosedale at Low Carb Vail, February, 2016: The Early Ancestral Connection Between Protein, Cancer, Aging and TOR.

I was able to go through it this morning, with great interest. It was sent as a friendly counter to consider, against my post yesterday—and not as an appeal to authority (you’re wrong, here’s why). That’s always much appreciated. I don’t blog about 90% of the stuff I see out there, whether I agree by one bias, or disagree by another. As a non-geek who loves to synthesize geeks when I see constructive dots to connect, my greatest passion is to connect two opposing views—whether ideological, or biased, or whatever, with some synthesis (Hegelian dialectic) that makes sense to both.

The video immediately reminded me of  a presentation I saw a few months back, by Arthur De Vany: Renewing Cycles, which compelled me to watch it again, back-to-back. I’ll embed both videos below, but before that, let me outline how I view them both, juxtaposed.

Here’s the two videos, embedded. Ron’s is just over 30-minutes, and Art’s, just over an hour (Art is just about 80 years old). The time tradeoff is a standard movie you might want to watch. The dollar tradeoff is the savings of $40 for two at the theater—after you’ve paid for tickets, popcorn, and drinks.

Hopefully, you watch both before taking in my bias in the matter. Please consider disciplining yourself to do that.

Stop Now! Watch both videos and develop your own biases, before reading mine, and also, since there are spoilers.

OK, here’s my take on the whole thing, beginning with what I would call my meta or macro view of things.

First, Ron’s presentation is, in my view, unbridled deconstruction, leading to dis-integrated reduction of picked elements. We see this all the time, Dave Asprey’s ironically named “Bulletproof Diet” being a prominent and popular manifestation. Pick things that can be called toxins or agitators (gluten, lectin, saponins, and on and on) and just avoid them and ironically claim “Bulletproof” status.

In Ron’s case, he sees some of the problems of  both chronic consumption of carbohydrate and protein in which they could play a role. Well, that leaves one option. So, Ron’s proscriptions (avoid carbohydrate and too much protein) lead to a prescription by default, since you’re left with one “option:” eat isolated fat.

My other meta or macro problem with that is nutrition. Just scroll down Marty Kendall’s Optimizing Nutrition FB group, or his newest, the Nutrient Optimizer, and the latter is very telling. Scroll down.

In a 10,000 foot view, you can see vegans doing better than many high-fat keto dieters, and vice-versa. Why? there is essentially no difference between them, but core ideology. Both often have gross acute nutrient deficiencies, on a quest to become chronic, and most will. It’s kinda too dumb for me to spend more than a 3-sentence paragraph on. Ok, four sentences: veganism suffers from missing dense micro-nutrients in animal products. High-fat keto suffers from a processed diet of isolated fat, and isolated fat has almost no micronutrients.

So let’s juxtapose that with Art’s presentation. It’s completely stochastic in approach (neither prescriptive nor proscriptive at the mean), which is another way of saying random—but in an existential context, as well as a human context: neither the universe nor Earth is particularly malevolent, and humans have an ability to play dodgeball. In other words, the human element of stochastics is that we can potentially identify patters and trends, and have a reasonable shot at some of us perceiving a limit. Fibonacci and Pareto are other means of slightly educated guesses at a limit, especially when human action is involved. Thankfully, survival as a human in tough circumstances—where limits are of crucial importance—are perhaps more widely reliable than options day trading.

Art’s is a completely different, infinitely more elegant approach. It’s reduction and deconstruction and avoidance (Ron) vs. integration, struggle, and embrace of survival through reduction of damage and repair of damage (Art).

It’s static and doctrine vs. yin-yang ebb and flow.

Everything we observe in nature points to the latter, not the former. Consider even the ebb and flood of ocean tides. I’m no marine biologist (but have had many successful salt-water aquariums, including reef tanks), but it’s not hard to imagine the ebb tide as a clearing out of concentrated degradation by-products (ammonia, nitrites, nitrates) to be diluted and processed for all the co-feeders in the open sea—including the biggest mammals on earth—while the flood tide brings in fresh nutrients—all while the surf action shakes everything up for renewal and regeneration. The moon may perhaps be the most fundamentally crucial thing to human development…not just something to walk on.

In terms of yin-yang, observe that it’s often reported that there’s a ‘J’ curve associated with alcohol consumption. Too much, too often, is bad, but moderate consumers often fair better than abstainers in epidemiological studies. The fable of the girl and the three bears is just right. What if, as a thought experiement, it turned out that someoone who smokes a cigarette or two per day lives longer on average than someone who smokes none?

In his presentation, one of Art’s best lines is that it may be the natural toxins in vegetables that may be why they’re healthy. He’s talking about hormesis, there, but what is the underlying mechanism? Well, its immune system exercise, for one. But, what else, perhaps? For example, what if the adverse effects of gluten is, say, loosening “tight junctions” in the gut, allowing for the acute, intermittent better absorption of phytochemicals and polyphenols?

Alright. What I think each dude means, if I were to discern proscriptions and prescriptions.

So, you have seen my bias and you’re welcome to argue against it. I’ve given you all the biases I can think of. What’s important is not what you think about that, but how you act.